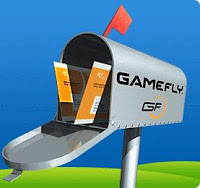 I've been a member of Gamefly since August 2009. In those two years I've been an overall satisfied customer. There have been a few hiccups here and there, but the service has been solid. A friend asked me if Gamefly was worth it? I put this list of pros and cons together to help you decide whether or not you should subscribe to Gamefly. If anybody who has a Gamefly account has anything to add feel free.

Gamefly is the only place that allows me to rent Nintendo 3DS titles. $40 is a lot of money to put towards a game that I might not even like. It's not like Gamestop is going to give me a full refund on an opened 3DS game because I didn't like it. Whenever a 3DS game that interests me is released, I'm using Gamefly to play it. Gamefly also has a bunch of games that my local Blockbuster doesn't carry. Games include Catherine, Cursed Mountain, & Tony Hawk's Project 8. 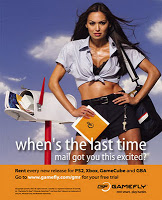 It usually takes 2 days to receive a game after Gamefly sends me a confirmation email. They also ship out new games the day before they're released which means I usually have a new release the day after it hits stores.  An example I use is Uncharted 3. It was released on Tuesday November 1st. Gamefly shipped it Monday, October 31st, and I received it Wednesday, November 2nd. I have no problem waiting an extra day to play a new release. The shipping might slow down next year when the United States Postal Service slows down their next day mail service.

One problem I've encountered is the availability of a new videogame after it's been released. You can almost guarantee a new release will have "Low Availability" for it's first month. I've had it take weeks to receive a confirmation email after a games been released. A game that comes to mind is Batman: Arkham Asylum. If I had been better about shipping the game I had back to Gamefly, I probably would've received one of the first copies of Arkham City they shipped out. I waited 2 weeks for an email that Gamefly shipped out Arkham City, but it never came. I gave up and put dibs on Uncharted 3. I'm current;y waiting to see how long it's going to take before Gamefly ships me a copy of Super Mario 3D Land.

Remembering to ship games back

I've ran into this problem more than a few times. I finish a video game, put it back in the packaging, and leave it in my car for over a week. Forgetting to ship a game back seems like a small problem until you miss the deadline on that new videogame you wanted to play so bad. Now you've got to wait for who knows how long until you get a confirmation email. Another word of advice would be not to ship a game back too close to the release of a new game. Best bet is to give yourself a week. The holiday rush of new games is pretty much over so I guess it's pretty much a game of waiting for a confirmation email. Remember to ship your games back when you're done.

Would I recommend Gamefly??? 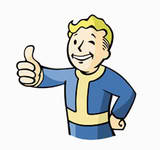 I absolutely recommend Gamefly if you're a Nintendo 3DS owner. That $40 price tag on videogames is expensive, and most 3DS titles at this point have not been getting great reviews. Save your money and use Gamefly. For everyone else I recommend giving Gamefly a try. They have a one month free trial where you could get a feel for how it works. Give it a try. You won't be disappointed.