PAX East 2012 falls later in the year than usual. Instead of a tradition weekend in March, PAX East will be held the weekend of April 6th – 8th, 2012. That happens to be the weekend Easter Sunday falls. Make sure you get your passes to PAX Easter. You don't want to be left out on the first annual PAX Easter. 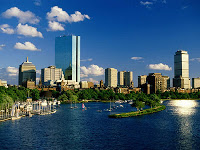 PAX East has been awesome ever since it's debut in 2010. A convention that's focused only on games has never been seen on the East Coast. PAX East changed all of that by hosting the first annual PAX East at the Hynes Convention Center in Boston, Massachusetts. I was one of the 52,000 people that attended in 2010. It changed my life. It made me believe that being a gaming journalist is really possible.  I saw people walking by with different badges that said "Media" on them. I asked myself,

"If people with "media" badges are able to attend PAX East for free to cover the convention, why can't I?" 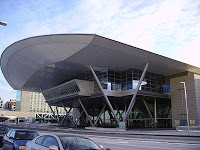 My search for that answer brought me to PAX East 2011. PAX East really outdid itself in 2011. It moved from the Hynes Convention Center to the Boston Convention & Exhibition Center (BCEC) in South Boston. BCEC opened in 2004, and proved to be a better home for PAX East. As one of the 69,000 attendees, I would say it was epic. I feel like I did more to promote "Errol Games" during this convention. I did interviews, I took pictures, and I settled disputes during that weekend. I learned that people who have media badges like to make fun of your 3 Day Pass if they don't like you.  I like my 3 Day Pass. I have no problem paying money to cover PAX East my way. It would be nice to go to PAX East for free tho. I feel like I need to win a contest or something to make that happen. I could use some guidance.  2012 should be an interesting year.