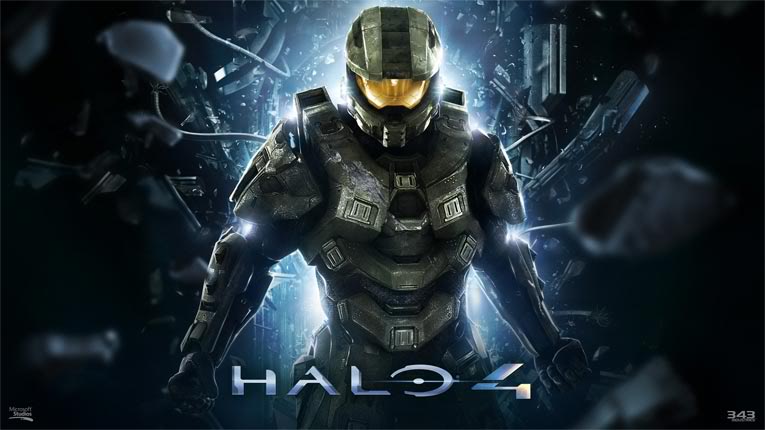 A while ago, when it was officially announced that Bungie won’t be developing incoming Halo games, I found a lot of pessimistic and clearly frustrated comments from its fans, whom were also anticipating that Halo without Bungie will not longer be the same.

Personally, I found this shift kind of refreshing. As much hard work and dedication that Bungie has offered to every Halo title, I can’t forgive the fact that they have been sitting on the franchise for too long and avoiding doing significant changes to the overall formula.

This year, 343 Industries has shown to us that they’re perfectly capable of making the classic Halo: Combat Evolved look prettier in HD graphics, but now I wonder, what else they can do?

I mean, they have the choice to just emulate everything that Bungie has already implemented, but also, they could use the talent and creativity of their own people in order to achieve something truly outstanding.

I know what many of you are thinking: the gameplay in Halo is a tradition; it shouldn’t change no matter who’s in charge. But I differ, I mean, is it really that perfect?

I hate to say it, but after ten years of playing practically the same thing, my own opinion about the franchise is starting to look like the arguments of those self-proclaimed Halo-haters.

I don’t expect to start hating Halo, and I don’t think I’m that tired of the series. Maybe I’m just spoiled; maybe I have pretty high expectations from this franchise since I’ve seen what the Spartans are capable of doing when you set them loose.

If you've seen the Monsters cutscene in Halo Wars, you know what I'm talking about

After watching the kind of combat skills these guys show off in Halo Wars’ cutscenes, it is kind of hard for me taking back control of a Spartan whose super-human capacities are limited to shoot, jump, and throw grenades.

It’s difficult to accurately establish what 343 Industries have been working on this whole time. If they’ve been only listening to uber Halo fans, it’s pretty sure that Halo 4 will be handling exactly as its predecessors did.

But if they’ve been taking account of the opinions of critics and media alike, or if they’re really putting their souls in the development of a new gaming generation, from what I’ve pieced so far, it is possible that they’re working on some new features –like these…

A powerful and ominous Spartan is supposed to strike fear in the heart of its enemies. If they jump, we should be capable of listen the ground shaking under their feet the moment they land. But the jumping skill in Halo feels floaty and cheap enough to let every player to hop around the game with total impunity.

Other shooting games from this era have shown that a jumping skill is not elemental to their core gameplay. I’m not saying that this skill should be eliminated altogether, but they could add some limits to it, or tune it up a little better. I’m aware that Spartans are capable of jumping really high, how about putting that skill into a good use?

This is what I call jumping!

Last year, we received news that Ryan Payton, former producer of Metal Gear Solid 4: Guns of Patriots, had been hired to be Halo 4’s Creative Director, that suggested that maybe this game was going to be played in a third-person perspective. But after he left that position, it’s relatively uncertain how much did he manage to change on the gameplay.

"The Halo I wanted to build was fundamentally different and I don't think I had built enough credibility to see such a crazy endeavor through."

-Ryan Payton, during an interview with Kotaku.

The problem with the current first-person perspective is that you can’t see the character you’re playing, and that’s the reason why developers get lazy about your character's animations throughout the game. 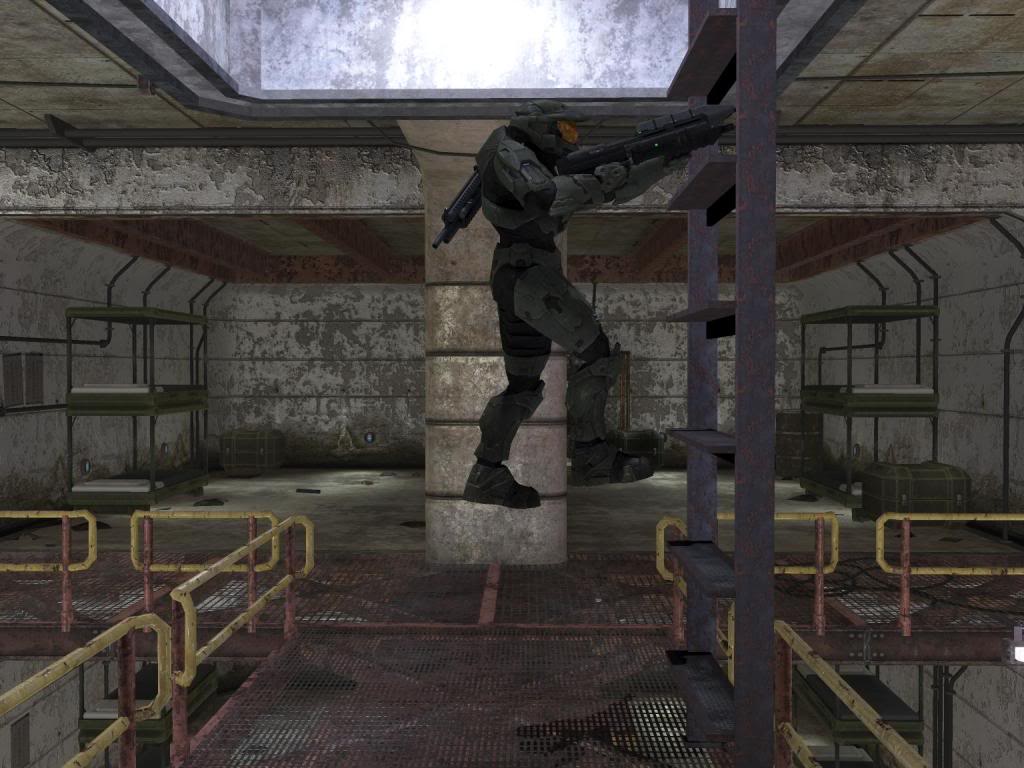 Obviously, Halo has been trying to get out of its first-person’s limits; it’s about time to give it a final push! 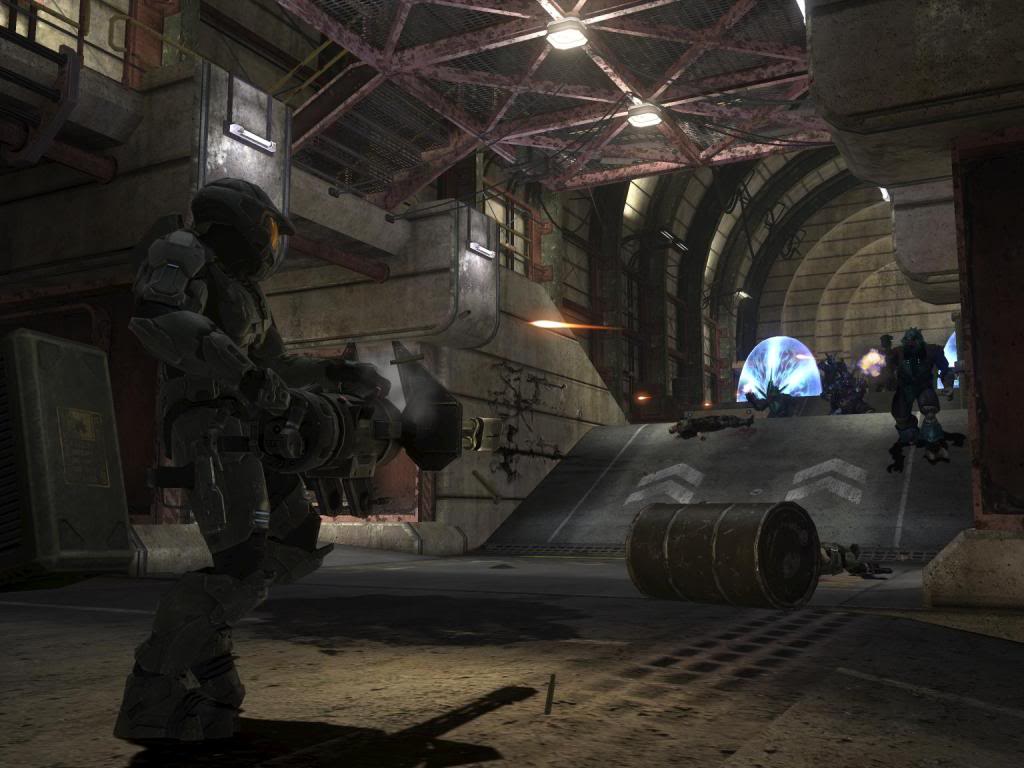 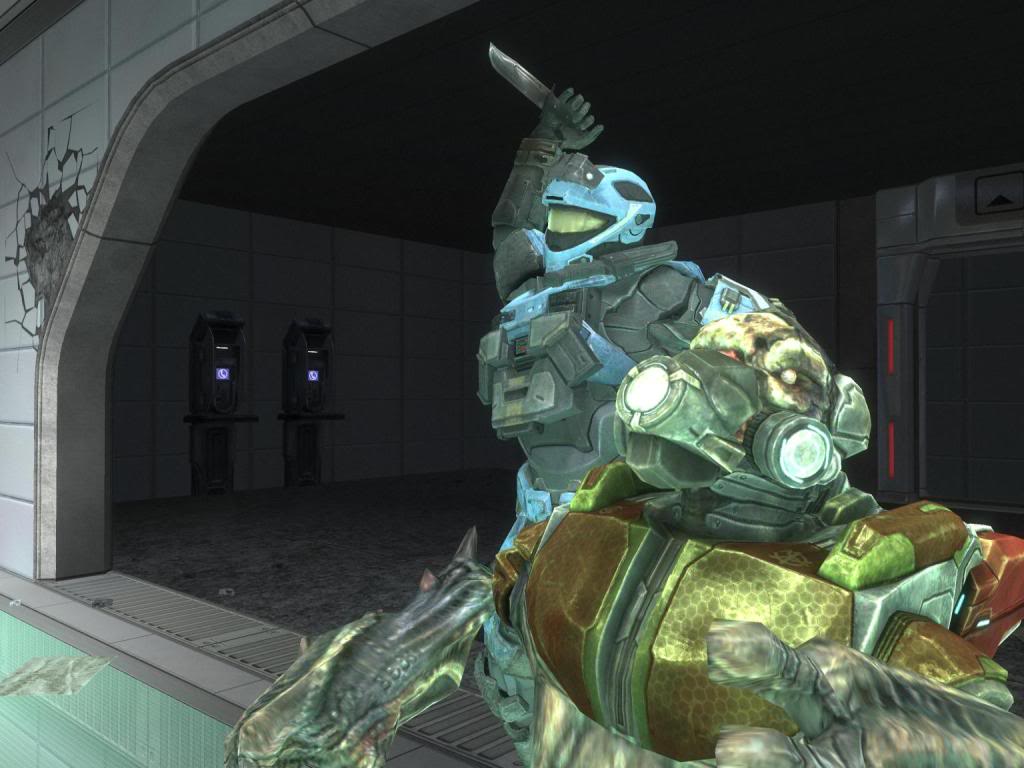 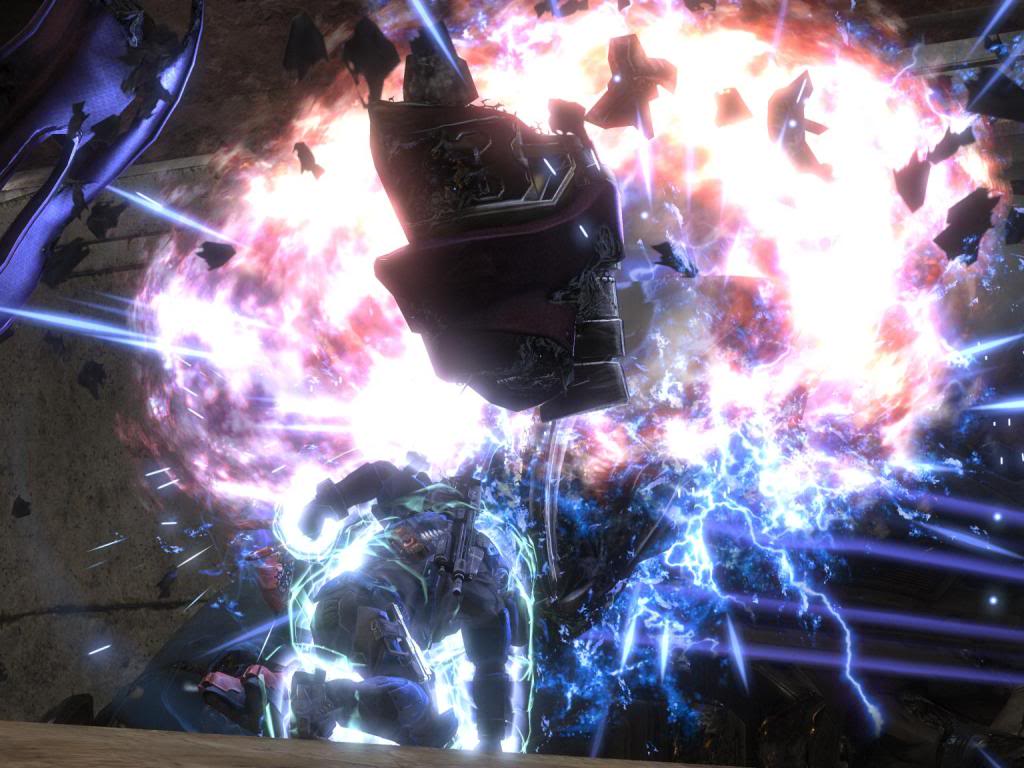 It’s a fact; the third-person perspective lets you see everything from its finest angle.

And it all comes down to this. We’re perfectly aware that Spartans can handle a wild variety of firepower. ¿But what about their hand-to-hand combat skills?

Again, we’ve seen how skillful these guys supposedly are when they have to deal with their enemies up-close and personal, when will be capable of using every piece of Spartan awesomeness to beat the crap out of our enemies with our bare hands?

I can already hear what many guys out there are saying: “Stupid, this is a shooting game, not a punching game.” My only answer to that statement is: seriously?

The deadliest weapon in every online Halo game are always your fists, that’s why everyone keeps punching each other as soon as they’ve managed to reduce the gap between them and their opponent. If we’re going to keep beating each other in the next generation of Halo games, what about doing it properly this time around?

This is the part where the third-person perspective comes handy. We need a third-person point of view not only to see how our Spartan (or Elite) beats the crap out of our opponents in all its glory, but we also need it so we can have a better perspective of everything that’s going on around us. 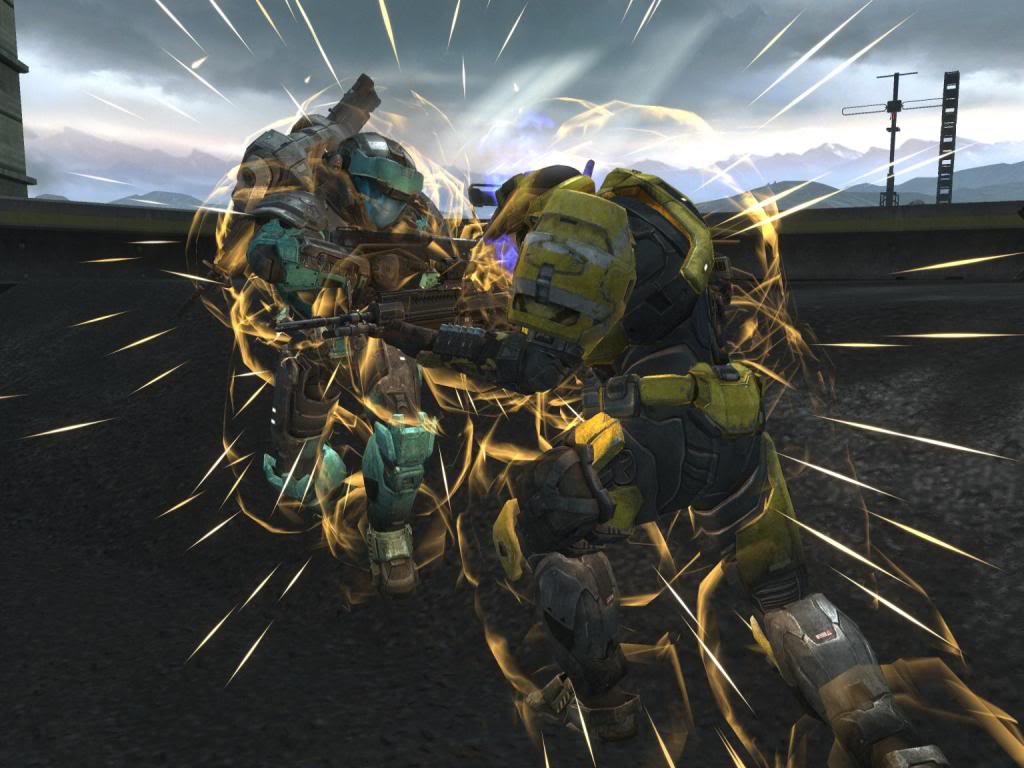 Also, these series offers some of the coolest melee weapons in gaming history (the plasma sword and the gravity hammer), a third person perspective should be capable of exploiting every possibility these babies have to offer. 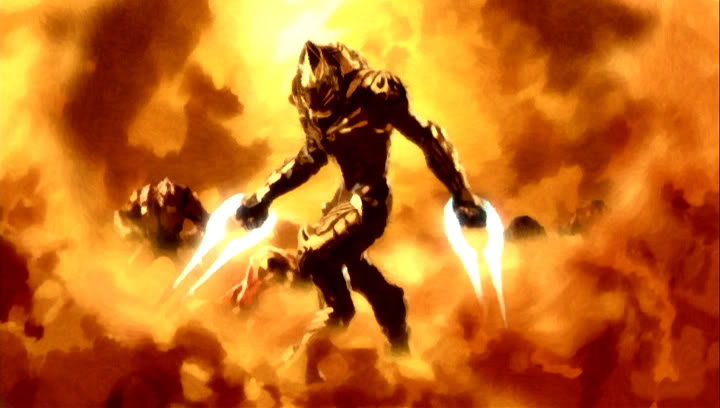 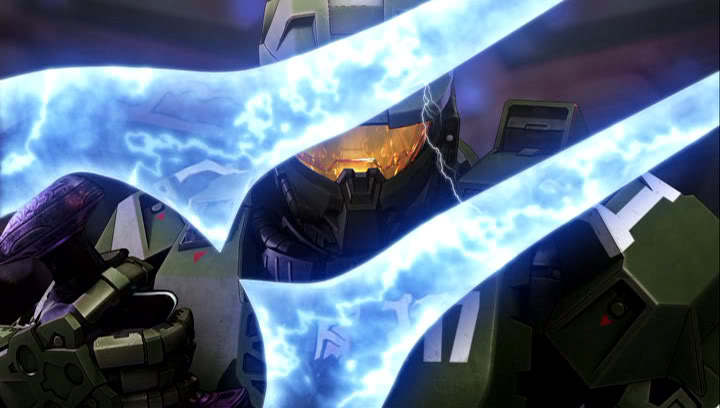 Anyway, I could keep going for hours the way I’d love to see these kinds of changes in Halo, but this article doesn’t have the intention to sell my ideas to you, but to make you consider the chances of Halo evolving into something new and exciting, and how would you embrace those changes.

Halo: Combat Evolved changed everything ten years ago, and established the standards every new shooting would follow. But since new games have born and evolved, Halo has remained almost changeless for an entire decade.

Is there something else you consider that needs to be added or changed for this franchise to work better? I’d like to hear it!