New year, new videogames. 2012 has a lineup of releases that looks solid. This year marks the return of many beloved franchises as well as sequels to some of the most impressive videogames around. Here's my list of most anticipated titles for 2012.

This might be my most anticipated game of the year. I'm curious to see what Capcom has in store with Resident Evil: Revelations. Capcom promises that Revelations will bring the series back to it's survival horror roots, which I couldn't be more excited about. Add the fact that it's release is only a month away and you've got me sold.

Twisted Metal makes its next generation debut this Valentines Day. I'm a bit skeptical about this game. I wasn't a fan of Twisted Metal Black, but I haven't played a Twisted Metal game in years. That alone is enough of a reason for me to check this out.

I mostly put this game here because it's an original title. It's not a sequel or a remake, which means it's probably going to have a hard time standing out from the titles coming in February. Hopefully Asura's Wrath gets good reviews and stands it's ground against the competition.

Despite all of the negative stories, I'm buying a Playstation Vita on launch day. Why? Because it's being released two days after my birthday. A new portable videogame system sounds like the perfect birthday present to myself. I'm looking getting my hands on one and trying it out. Hopefully the Playstation Vita has an arsenal of quality titles that makes me happy that I bought one. 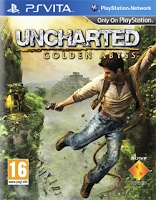 Sony made the right move by making Uncharted: Golden Abyss a launch title for the Playstation Vita. It made my decision to buy a Vita on launch day that much easier. Hopefully Sony keeps up the quality titles on the PS Vita. I've got hope for it.

2012 marks the return of my favorite snowboarding series. SSX is the NBA Street of Snowboarding. SSX is over the top. It's known for it's gorgeous visuals, and damn near impossible tricks. I've been waiting for a new SSX for years, and I can't wait to see what we have in store with this one.

Another adventure with Shepard? Bring it on. This time it looks like we'll be trying to save planet Earth. If Mass Effect 3 is anywhere near as good as Mass Effect 2, I'll probably invest at least 50 hours into it. Can't wait to play as female Shepard again.

Metal Gear Solid on the 3DS? Yes please. I've actually never played Metal Gear Solid 3. Ok I did, but I was too focused on Grand Theft Auto: San Andreas to get into it. Metal Gear Solid 3D is kind of like redemption for the days I put off the PS2 version. I'm curious to see what the game is going to look like on my 3DS. 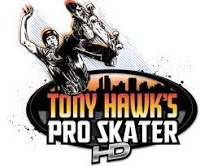 I must say that it's about time Tony Hawk went back to what it does best. Old school Tony Hawk is one of the best videogame franchises of all time. It just over saturated the market with yearly releases. It's been years since Activision released an old school Tony Hawk game. This summer marks the return of Tony Hawk's Pro Skater. This version includes locations from the first and second Tony Hawk, and is going to be sold for a whopping $15 dollars this summer. First Day Purchase indeed. 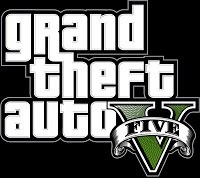 Honestly I don't think we'll see the release of Grand Theft Auto V in 2012. All we've seen so far is a minute long trailer. When a new Grand Theft Auto is released, Rockstar makes sure the world knows it's coming way ahead of time. I hope we get more details about the GTAV this year. Is the multiple characters perspective true? What's the time period? Is it going to be on the Wii U? Things like that.

I doubt the Wii U is coming in 2012 as well, but I wouldn't rule it out. One thing noticeably missing from this list is upcoming games for the Wii. It's a bad sign when the only game I can think of coming this year for the Wii is Madden 13. I do hope we get more details about Wii U this year. What is the price going to be? What games are in development for it? Does it perform better than the PS3 and Xbox 360? Guess we'll just have to wait and find out.