You know, I still love the Halo franchise. While the newest iterations have had disappointing campaign modes, my undying love for the series mostly remains for the multiplayer component of every new game. I know it’s not perfect — in fact, it’s far from it — but it’s fun, mind-numbing fun, and it keeps me entertained for hours.

Nevertheless, Halo tends to attract some of the most annoying kinds of online gamers: online douchebags, frat boys, and 10 year olds mimicking the worst behaviors that the former two have to offer. We’ve covered before a few simple features that should persuade annoying people to tone their annoying behavior down a bit, and this month I’ll introduce you to a much simpler feature that can help us out: Achievements!

You might not have noticed it, but the unlockable Achievements and completion lists within your games have been impacting the way you play. 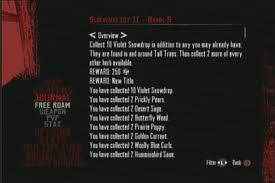 After all, why on Earth would you be picking up all this crap in Red Dead Redemption?

But behind the collection of honorable Achievements packed into your videogame — like those for finishing the game, for getting a higher score, or for trying higher difficulty settings — there’s also an assortment of shameful, degrading, and disgraceful Achievements that don’t make you feel like you’ve achieved anything at all.

Getting an Achievement for failing:

Or, getting an Achievement for being such a jerk: 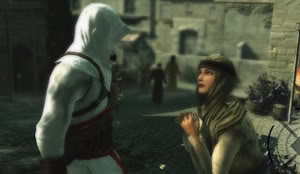 I would’ve felt bad about unlocking this one, but they were totally begging me to do it.

Achievements are a splendid way to mold someone’s game behavior; it’s time to put that quality to good use. Instead of rewarding someone for achieving any menial task, how about punishing annoying players with a degrading and worthless Achievement?

These are the seven Achievements I just came up with, which have the purpose of staining anyone’s Gamertag: shameful awards that serve as a warning to other players of the kind of selfish quitter back-stabbing son of a beach ball they are about to add to their friend list.

I know, I know. Just the other day you managed to steal the enemy flag on your own. But those guys sucked; these ones are better. You have to change your strategy and stay close to your team if you want to make a difference. 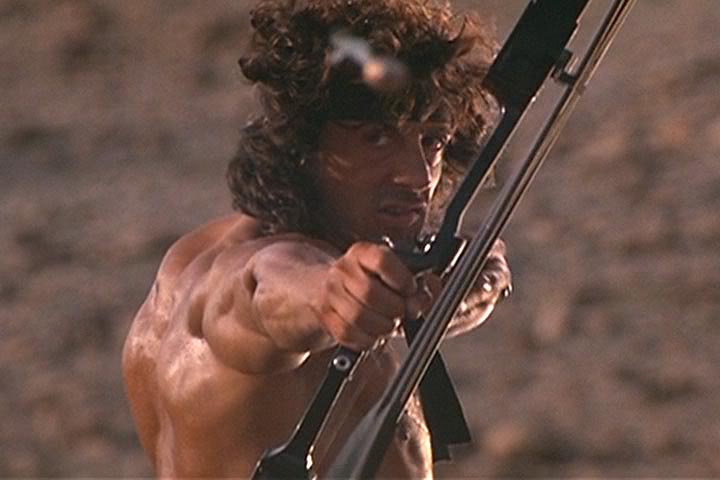 Rambo can defeat an enemy chopper with just an arrow. But you’re not Rambo.

I see this almost every time I play. At the start of a match, everyone runs to pick up one of the weapons scattered around their drop-off points. There’s nothing bad about that, except that they’re always throwing themselves in front of others, trying to bump each other away from the items.

What really pisses me off is that most of these guys don’t want the weapon to use it; they just want to have it. And if they do use it, they’re not generally mindful about the way they should be using it. “Long-range” weapons are called that for a reason, gentlemen!

If you see someone going for a weapon, don’t just assume that the weapon would be much better in your hands and try to get it first; let your partner take that weapon and go do something else, something more worthy of you time. Is that so difficult?! 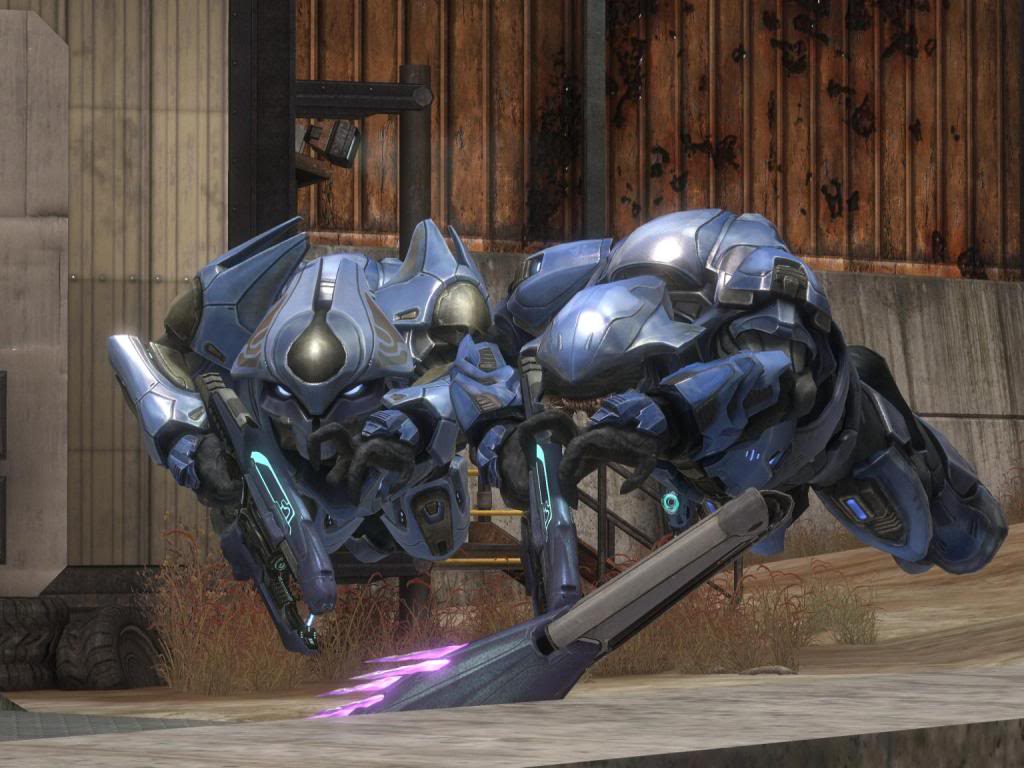 I know. Splattering someone with the warthog is great. But the warthog is not indestructible anymore, and every pedestrian now has the ability to hijack your vehicle if they get close enough. Don’t give ‘em the chance.

The warthog is not a killing machine on its own; it’s a mobile firing platform, and the role of its driver is to give the gunner a good firing angle. If you avoid the enemy long enough, you can both effectively suppress your opponents’ efforts.

So, every time you’re behind the wheel of a warthog, drive for the team, drive for the score or the objective at hand, do it on behalf of your comrades, and be proud for every Wheelman medal you get. If you’re thinking only about splattering enemies, your keister can be thrown away from that driving seat at any second. 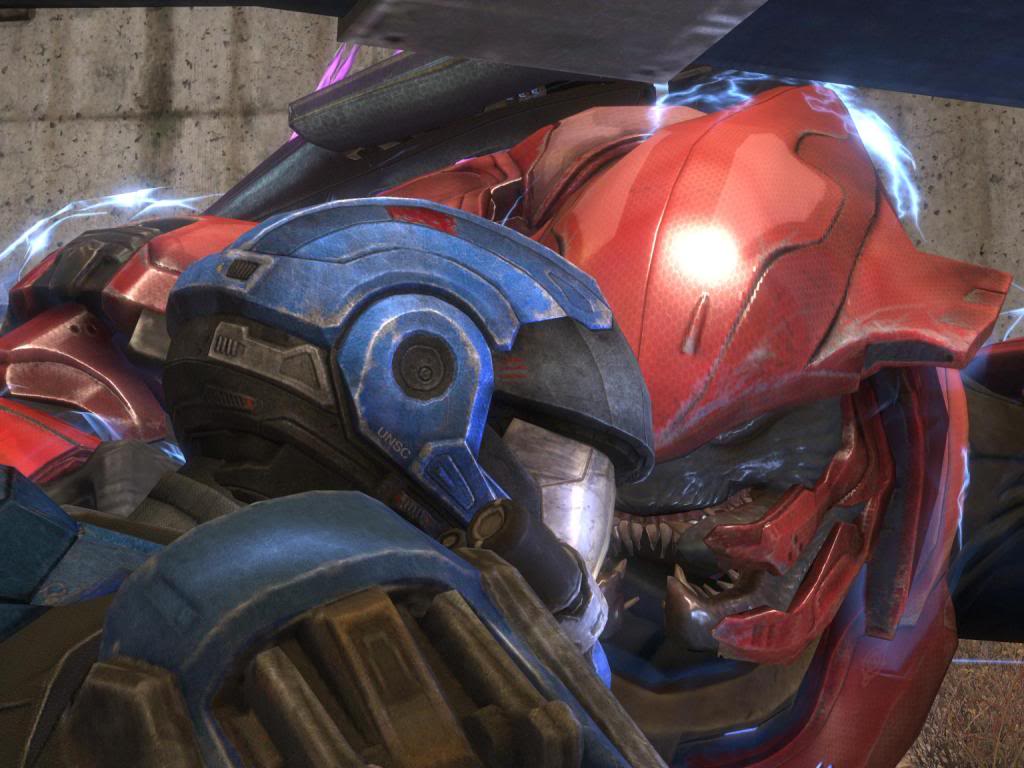 Traitors are the worst kind of scum you can find on your side of the team. Some stupid idiots just betray teammates “for fun,” but usually they betray someone when that person’s picked up something they want.

If you ever pick up a sniper rifle or a rocket launcher at the start of a match, chances are that some jerk is going to start nagging at you because they think they deserve said weapon more than you do.

If you ever get killed by a teammate who just wanted to snatch your weapon, and the system asks you if you’d like to kick him out of the match: do it. Your team might end up in numerical disadvantage, but your team is far worse having this scumbag around. 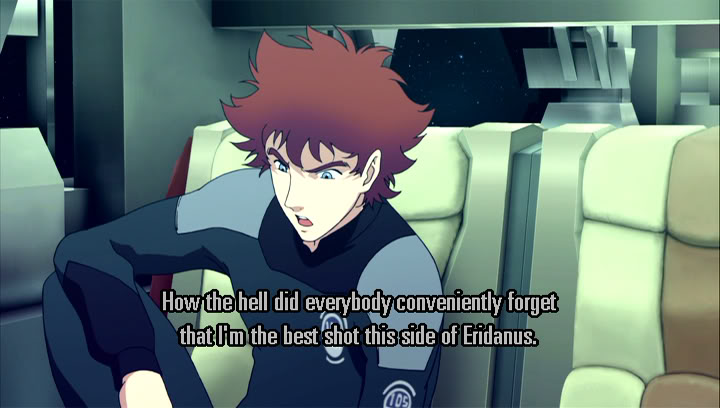 The guy quitting a match early always justifies his actions with the same reason: His team is losing. Not him — his team. The other guys are the losers. The guys at the top of the scoreboard rarely quit. Why would they? They’re doing great.

Every quitter I find is always around the lower half of the scoreboard. The thing with these people is that they’re not as good or valuable as they think; they’re only looking for a team capable of piggybacking them all the way to victory.

If they’re as good as they think, they’d stay and try to make a difference. But they aren’t, and they never will be because they’re not learning anything about their own flaws. 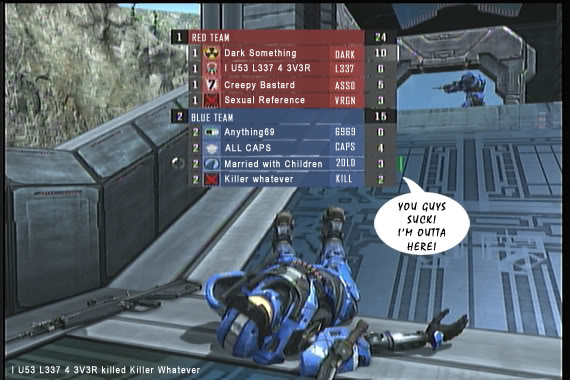 To the guy rubbing his nuts on a fallen enemy: You just brought someone down in that same spot; why the hell do you think you’ll be safe standing there?

Oops, someone caught you acting like an idiot and kicked your ass before you could do anything to defend yourself. The kill you just contributed to the team is now meaningless, since the enemy settled the score on you. I hope it was worth it. 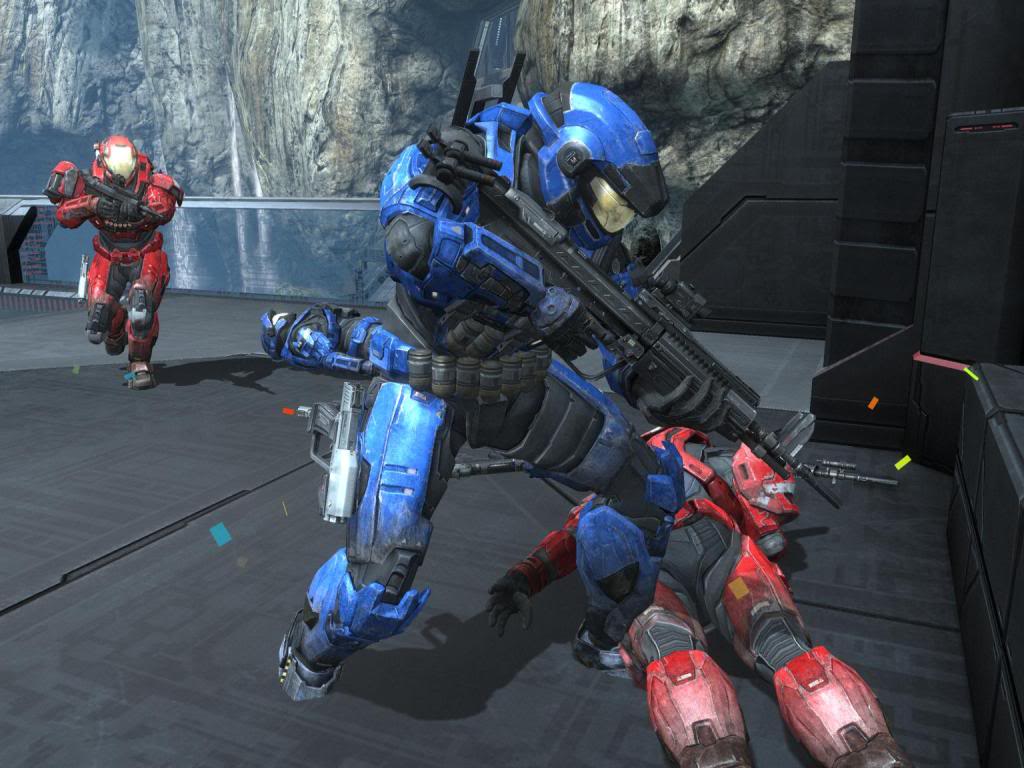 Seriously, is it worth it?