Well everyone, it's time for the second annual "Top 10 Most Underrated Games" list. Some of you may remember I did this last year, and highlighted some games that were either good and didn't get a fair shake on the retail floor, or in the critic reviews.

This year I plan on doing things a bit different. This year we will only highlight the "underrated games," not the bad ones. I made the mistake of mixing both last year (for some reason I thought Quantum Theory was "underrated") This list can be subjective, and many people will disagree with my choices, but I love the banter and rebuttals in the comments section.

So without further adieu, the Top 10!

10. Motorstorm: Apocalypse (PS3)
Maybe because this game came out closely after the earthquakes in Japan, or during the PSN blackout, or it could be the public's uninterest in the genre of "extreme racing," which was Motorstorm's penchant from the very beginning. Apocalypse was no exception, this time bringing in a campaign-like story mode, and more extreme stunts, jumps, and hair-rasing moments that they should have packed a pair of diapers with the game…or an already brown pair of pants.  Sales for this game were quite dismal (barely 100,000 sold in the first 10 weeks in the US). It's always tough for racing genres to stay solid in the industry (just look at the Need for Speed series!), and I think maybe we've seen the last of Motorstorm…for a while. 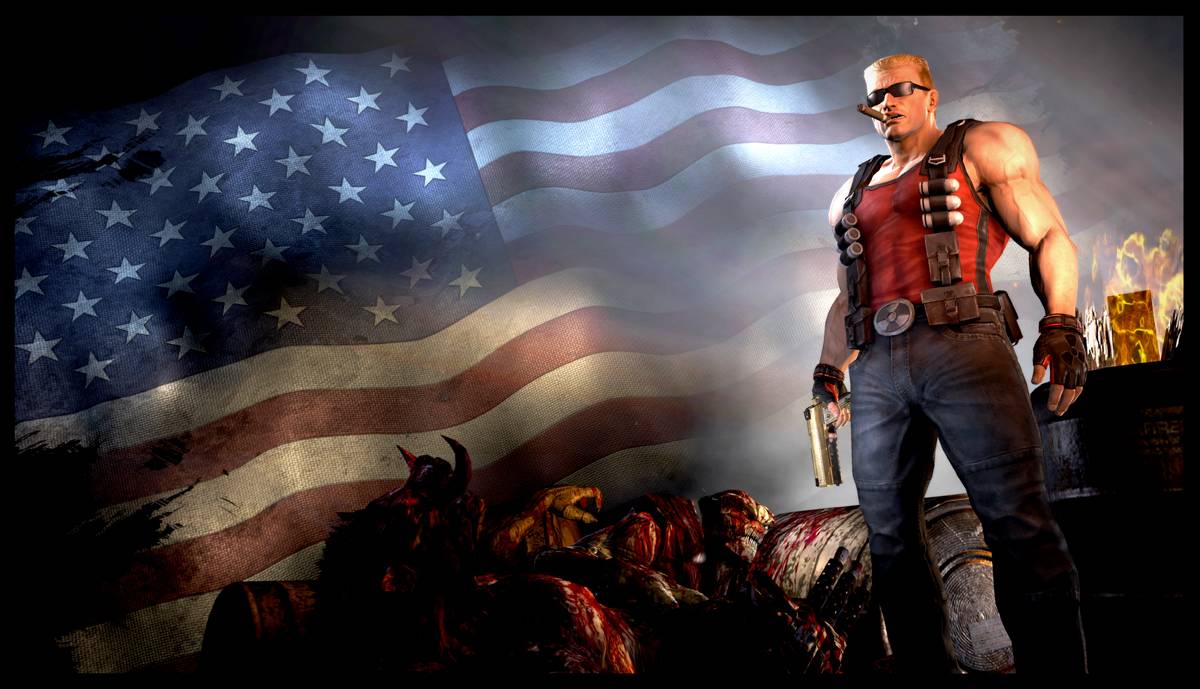 9. Duke Nukem Forever (PS3, XB 360, PC)
Love it or hate it, Duke came out of the gates giving fans what they expected from his previous most popular game, Duke Nukem 3D; epic gameplay, and quick witty one-liners. Problem was is that the video game world grew up and matured, expecting Duke to grow along with it. Duke was a misunderstood game because as true fans of the series know, THIS is the real Duke, and THIS was a game that was a fan-service. You either love it, or hate it, no in between. 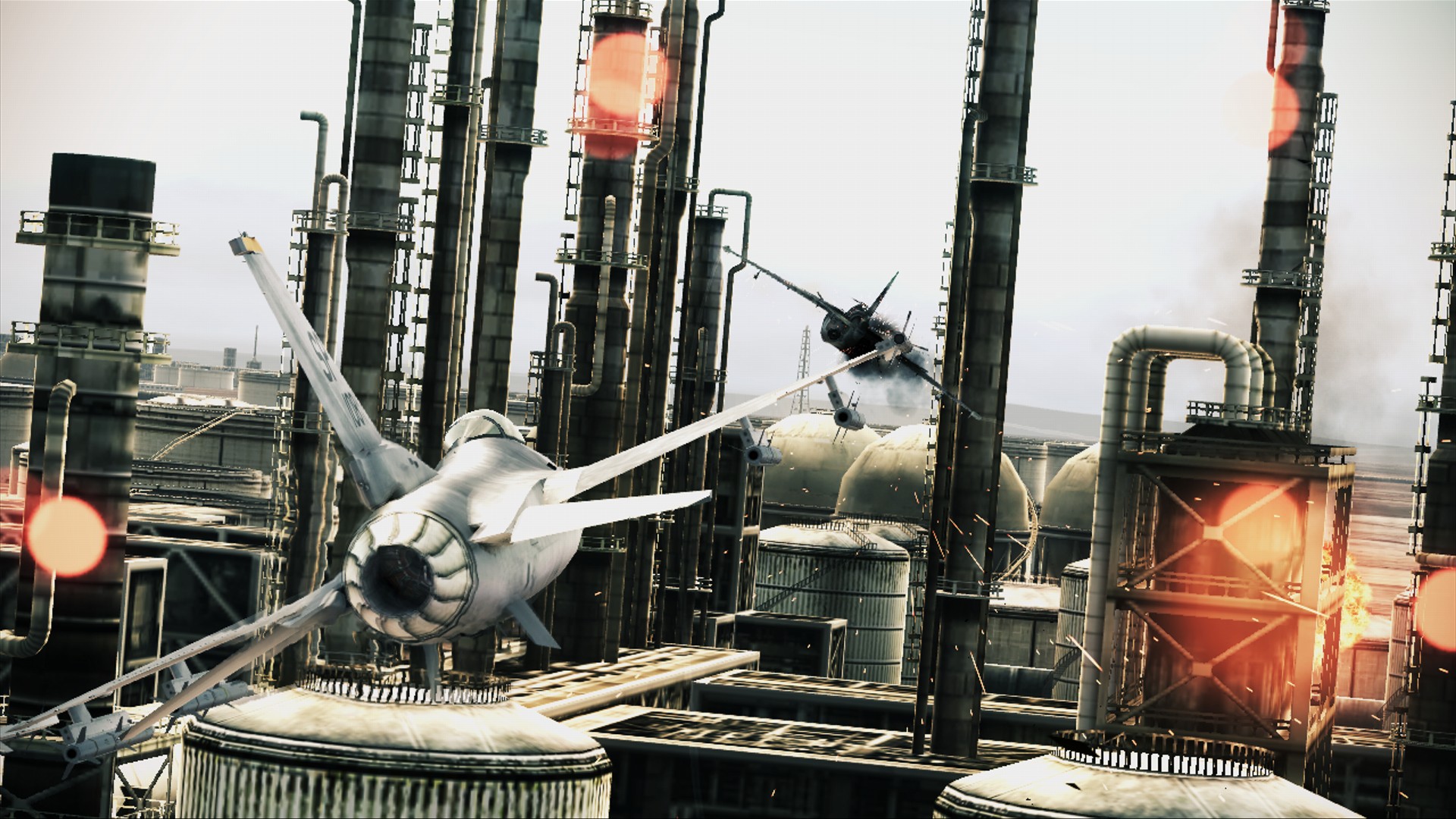 8. Ace Combat: Assault Horizon (PS3, XB360)
"Call of Duty in the air…" is what many people said about this game. Meaning, the dogfights and air assault campaigns were frantic, violent, and explosive with so many plot twists that M. Night Shayamalan would get cross-eyed. The graphics were intense, and the special effects and sound was all top quality, bringing the often-boring air campaigns up a notch. With a great mix of aircraft dog fighting, and new Apache helicopter and Blackhawk turret missions, it was just enough to spice the action up. However, the widely predictable story (the twists were to be expected) and drawn out fighter jet missions could have turned many away. Nonetheless, the game is quite epic. 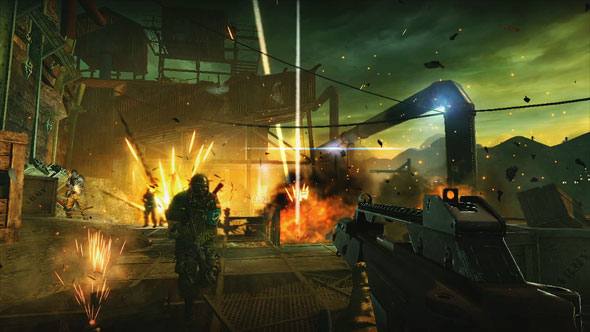 7. Bodycount (PS3, XB360)
The same guys that brought you the brutal and boisterous game that is called Black (which paved the way for the modern shooter, I believe, in terms of production value) have finally pulled themselves together again to bring you Bodycount. Does it have an epic storyline? No. Does it have a engaging and addictive multiplayer? No. Is the voice acting top notch? HA, no. Bodycount was set from the beginning to bring you a barebones shooter with enough destructive physics and loud guns to shake your whole house down. That could have been its downfall, because gamers these days are spoiled with "better" games like COD, Battlefield, etc. Shame, it's a great game to play with surround sound… 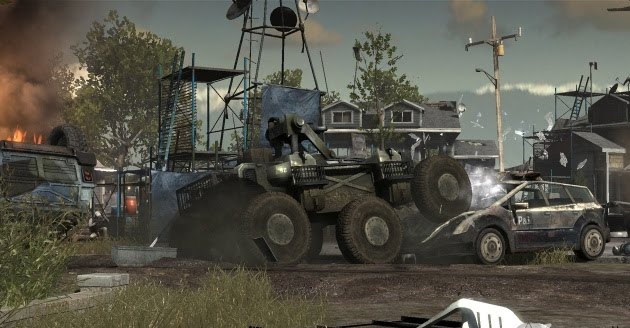 6. Homefront (PS3, XB360, PC)
The hype for this game before its release could have been its major downfall. Set in the not-to-distant future, North Korea gets their affairs in order after the death of Kim Jong Il (eeire now that you think about it…), and decides to invade the entire eastern seaboard of Asia, and begins its successful treck into America. As impossible as it may seem (even though there is a shred of plausibility in it) it could have been a major reason why gamers may not have embraced this title. Not to mention the also-over-hyped multiplayer that arrived broken on the first day, and you have what could have been a gigantic blockbuster that fell just a bit short.

5. Alice: Madness Returns (PS3, XB360)
You need not play the previous game to fully appreciate this tale of a girl gone mad. Almost like Silent Hill 2 or Shattered Memories, the majority of the game is played inside of your head in "Wonderland," which is a darkened creation from the tale "Alice in Wonderland." All of the favorite characters make an appearance in a darkened form (Chesire Cat is easily my favorite, as he serves as your guide into madness) to either aid you, or to further drive you into madness. The game blends combat and platforming beautifully, but I mostly fell in love with the tale of Alice's descent into madness as she tries desperately to dig into her shattered memories of how her parents were killed. The acting throughout was all top notch, and told the tale extremely well. Go. Buy. This. Game. 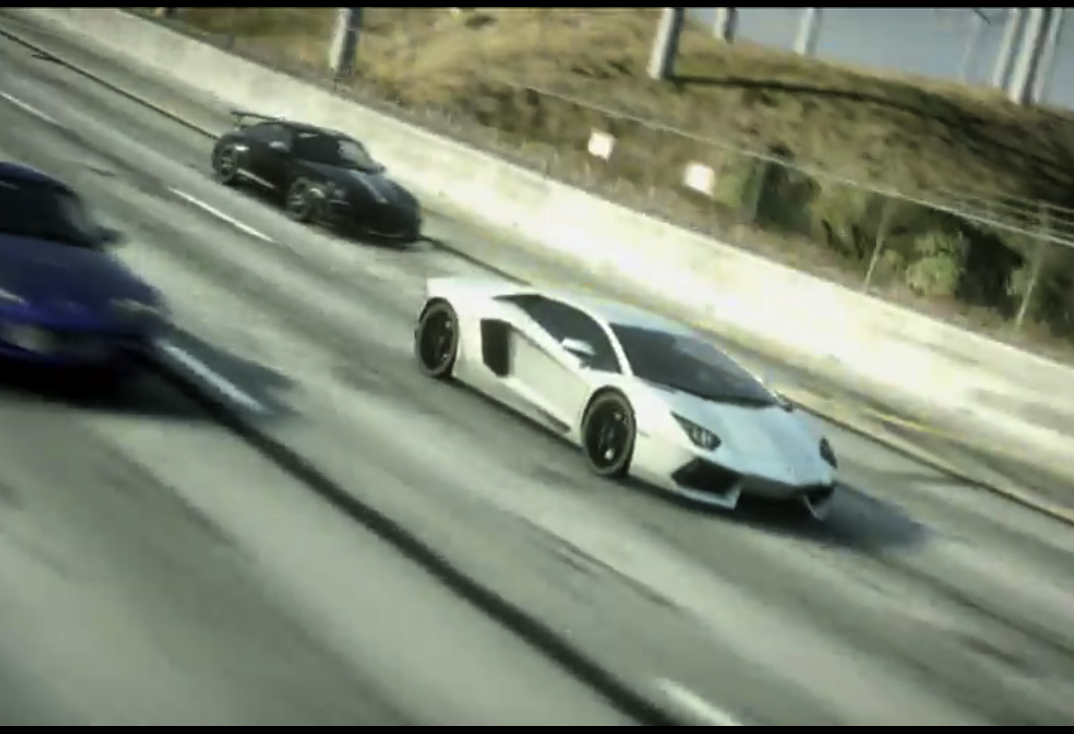 4. Need for Speed: The Run (PS3, XB360, PC)
I always thought how cool it would be to make a game loosely based off of a Cannonball Run-type race (a 2,000 mile trek across the US). The Need for Speed series took this high speed turn into deep water when it introduced a story mode, with a main protagonist that isn't quite appealing to audiences, I'll admit (no one can sympathize with this compulsive gambler, who didn't seem to mature much since hitting 15), and I've had my fair share of quicktime events during cutscenes (Press "A" to get yourself out of the car before the train hits you…right). However, those are minor problems compared to the exciting and action-packed race events through trecharous badlands, mountain ranges, city streets, and woodland areas. The cops chase you down as relentless as ever to add to the suspense, which I always felt that the Need for Speed series has always done well. It's just, well…I don't want a story campaign in my racing game. 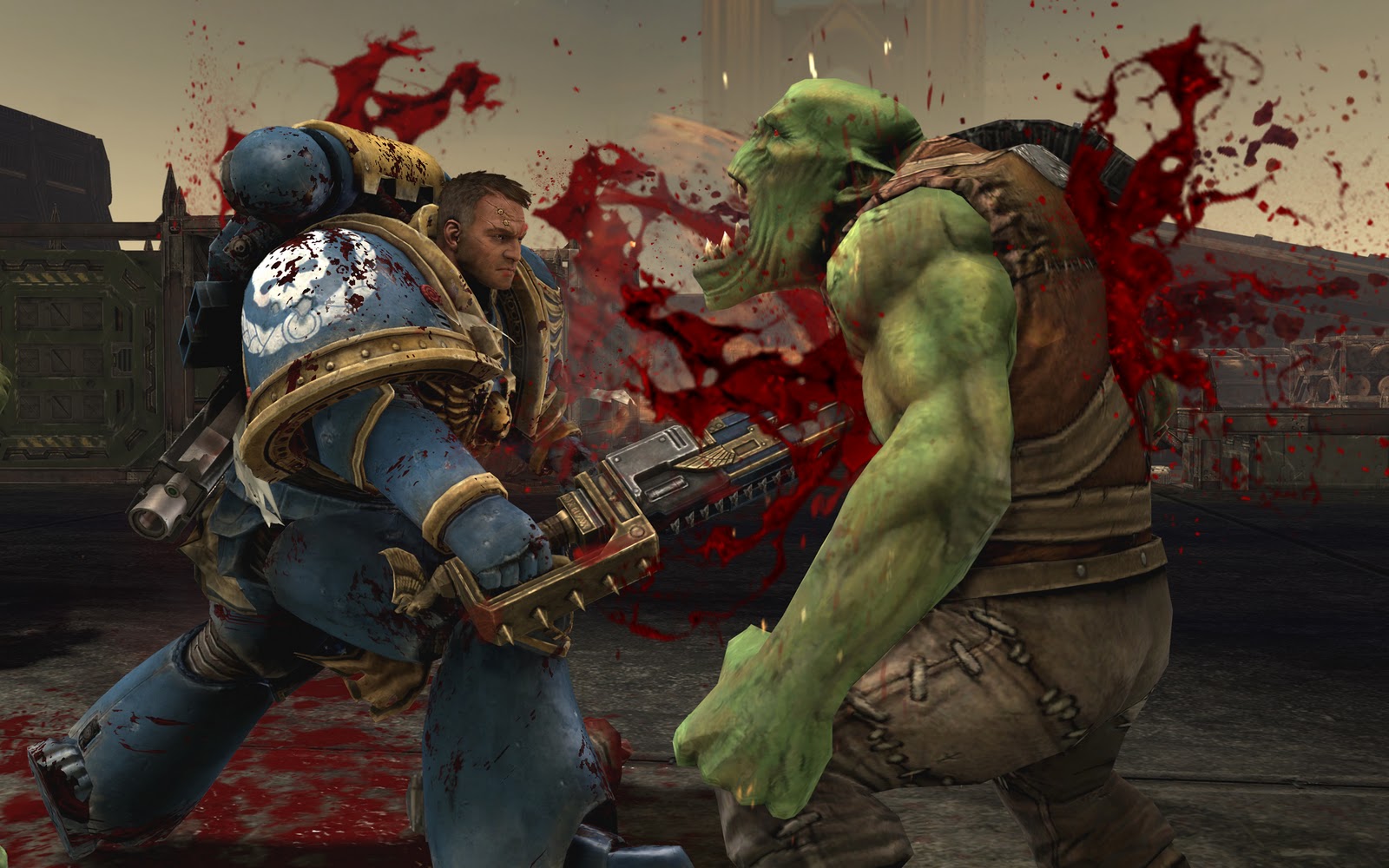 3. Warhammer 40,000: Space Marines (PS3, XB360)
As if the market wasn't saturated enough with big, burly space soldiers fighting off hordes of aliens that threaten the entire galaxy, here we have the next iteration of Space Fighter 20XX (a fictional title, don't take that seriously folks!). I've never played much of the Warhammer series, however I do know that this game is far from the series' roots, which were based in RTS combat. This game is a visceral beat 'em up shooter that actually ENCOURAGES you to run around like a lunatic stabbing people with your chainsaw blade, or decimating hordes of aliens with your laser cannons. It was a solid game; great graphics, top notch acting (I think the Britsh do acting much better than us silly Americans can), and great sound quality. Many could have dismissed this as just another Warhammer title, not knowing that it was a third-person blood bath. Maybe if it had a different name? 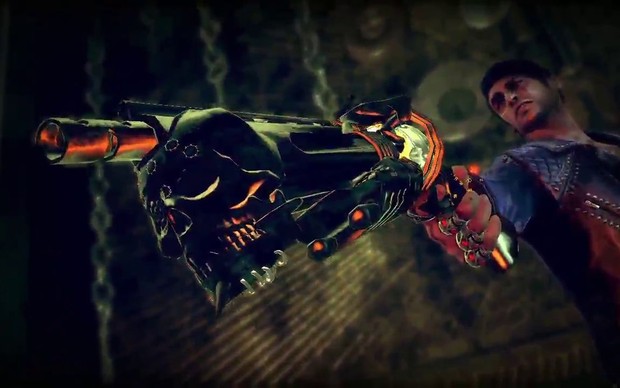 2. Shadows of the Damned (PS3, XB360)
The great minds of Suda 51 (Killer 7, No More Heroes), Shinji Mikami (Resident Evil 4), and Akira Yamaoka (Silent Hill series) come together to bring you…a flaming hot boner. Not kidding. The brash and vulgar Garcia Fucking Hotspur (his real middle name) fights demons for a living, but when his beloved is taken by the devil himself, he goes straight to hell to get her back (think Dante's Inferno). Filled with vulgar language, disturbing imagery that would make Clive Barker pucker up, and solid gameplay mechanics, this is a great game for any survival horror fan, or action game fan in general. It wasn't marketed well, and it may have been too obscure for some, but trust me, once you start, you get swept up in it, hot boner and all (Please play the game so you can understand what I mean).

1. Rage (PS3, XB360, PC)
NOTHING was wrong with this game. The graphics were gorgeous. The animations were crisp. The sound quality was amazing. The quests were plentiful, but not overly time consuming and saturated. And the combat system and enemy AI are some of the best in the business. What more could you expect from the company that popularized the First Person Shooter? It didn't do very well in sales, and reviewers were quite mixed about it, many hailing it as "raising the bar" for the next generation of games, and others saying "no obvious attempt at innovation." One could say the critics destroyed the potential this game had, but you can't blame it on something like that because of an opinion. What may have thrown this game under the eyes of many could be plentiful, but the obscure setting and storyline were very much reminiscent of great games that came before, like Borderlands and Fallout 3, that many felt it was just "another clone." Shame with this one too, because it was a refreshing take on the FPS, and a step forward in game mechanics.

I know I may have missed some games. I had a huge list in front of me, and I had to eliminate some that I felt would have been good additions. I tried to hit the big blockbuster games, and I skipped out on the handheld games and Wii games (there honestly wasn't much that came out for the Wii this past year anyway). These games I chose were sometimes praised by the press, but too often were lauded as well (Bodycount got a 53 on Metacritic). Mostly they received average scores.

Thanks for making it this far. If you have any other games to add, post them in the comments!