Let's cut straight to the chase. Resident Evil 5 was not good. The best thing about Resident Evil 5 was the graphics. The story was wack. The plot spends the whole time trying to surprise you, but I saw the plots twists coming from a mile away. The clues were so obvious. You would think a game with a weak plot would have a great gameplay. Unfortunately that's not the case with Resident Evil 5. 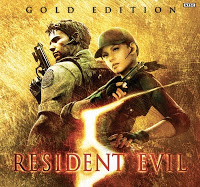