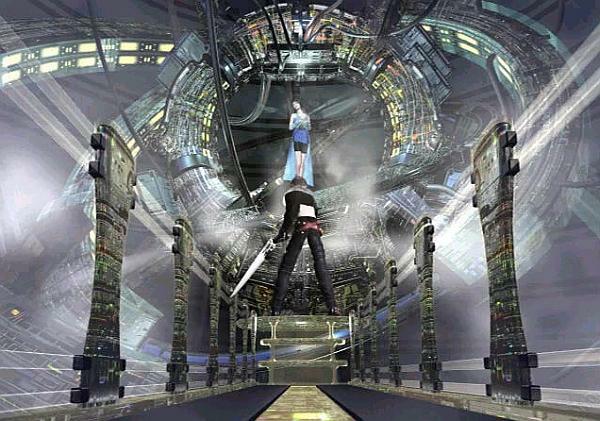 When I started disc three of Final Fantasy 8, I expected that my characters would lose sight of the storyline. Thankfully the adventure took an creative turn as the protagonists ventured into outer space.

Thus began one of the most dramatic events I'd ever seen in any RPG, combining time travel and space horror in an unprecedented cutscene.

I suppose I should set the scene for everyone. At the end of disc two, Squall's sweetheart, Rinoa, fell unconscious. The evil sorceress Edea became an ally. And the war between the Balamb and Galbadia gardens ended. 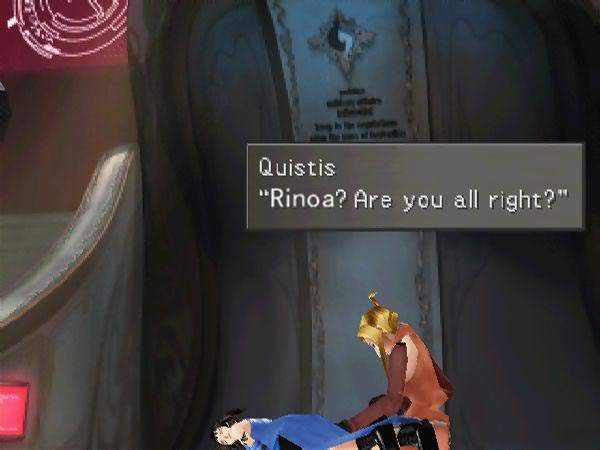 Edea explains that a sorcerer from the future, Ultimecia, controlled Edea's mind. Ultimecia is seeking to destroy the world. Of course, Squall could care less about this nutty end-of-the-world scenario, especially now that his girlfriend is in a comatose state.

Then Squall gets trapped in another flashback. He learns that a mysterious girl from disc two, Ellone, has the power to reach people whom she remembers in the past. Squall decides to search for Ellone so that he can change the past and save Rinoa. After a brief scavenger hunt for Ellone, Squall learns that the girl is in a city known as Esthar.

I had no idea where Esthar was. After a slightly uneventful search, I returned to the Fisherman's Horizon and inadvertently started the next big section of the journey to Esthar. Edea also joined the party as a fighting partner, making for some strange bonding sessions with a former villain.

The scenery slowly turned more bizarre as the party ventured into Esthar. Then another one of Ellone's flashbacks explained the remainder of Laguna's backstory. A long time ago, Ellone was captured by soldiers in Esthar. Laguna rescued her eventually. To make a long story short, the citizens and researchers of the city eventually elected Laguna as the president of the city.

Of course, Squall could care less. He still wants to save Rinoa. The researchers tell him to bring Rinoa into a space station so that doctors can treat her. I have no idea why they had to take her to space, but perhaps she needs a change of scenery. Besides, Ellone was living there.

Well, maybe this wasn't such a good idea. Apparently monsters from (possibly) Final Fantasy 4 are living on the moon. An evil sorcerer was sealed into a local satellite nearby. Then Rinoa started killing people on the station. From that point on, she released the sorcerer from his sleep. In the satellite.

And of course, this freed all the monsters from the moon so that they could invade the Earth. 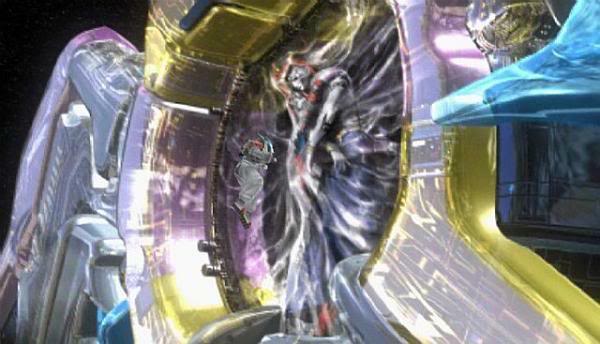 Squaresoft must have intentionally put that satellite there so that everything could get worse.

As Squall and the remaining survivors make their escape, Squall desperately pleads with Ellone to take him into Rinoa's past. After a few head-tripping experiences, Squall discovers that Rinoa was actually controlled by a wicked magician from the future, named Ultimecia.

Looking back on the entire plot, Final Fantasy 8 is very convoluted. However, no one can blame Squaresoft for creating one of the most frightening inter-galactic rescue sequences in the history of space video games.

In fact, Squall's relationship with Rinoa hit a second triumphant peak when he rescued her a second time. After taking a short break at the Edea's old orphanage, Rinoa and Squall promised that if they ever lose each other, they would meet at the flower field in this area. 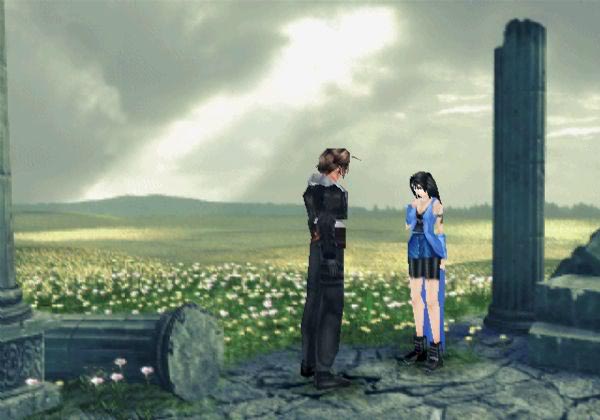 The story then continued toward the final stretch as Laguna explains the final objective for Squall's team. Technically, I didn't understand any of Laguna's directions, but I figured that my characters would figure it out for themselves.

We fought Seifer for the third time at some weird spaceship known as the Lunatic Pandora. Just when we thought we knocked him out, Seifer decided to steal Rinoa again. He then disappeared in a blinding light to find Ultimecia. Man, Seifer isn't making this situation any easier.

I really wanted to finish the game at that point, but my fourth disc was defective. I had to purchase a used Playstation 1 copy from amazon.com. Still, I have to thank SquareSoft for creating some of the most touching cutscenes that I have ever seen.

Will disc four live up to Jonathan's expectations as one of the best Final Fantasy games ever made? Will this entire story somehow coalesce into something that will actually make sense? Feel free to write about any favorite Final Fantasy 8 memories.