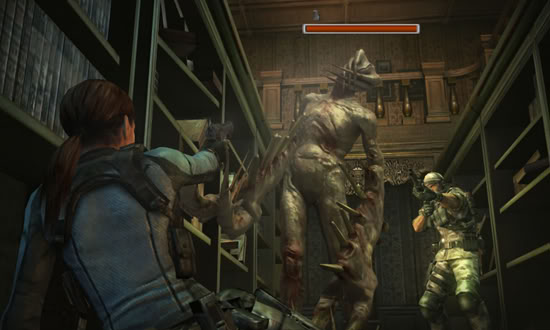 It’s a good time to be a Resident Evil fan. With Resident Evil Revelations gaining critical acclaim weeks before its release, and more titles to come later in the year, there’s a lot to be excited about. Beyond Chris and Jill’s three-dimensional adventure aboard the Queen Zenobia, two films and two games wait beyond the nearest door-opening-slowly loading screen, ready to infect store shelves and silver screens. Each dose of Resident Evil offers something different, and some are sure to polarize the fan base in a fairly major way.

Here’s a quick rundown of what to expect from Resident Evil in 2012, so you can plan where to spend your ink ribbons. And by ink ribbons, I mean disposable income. 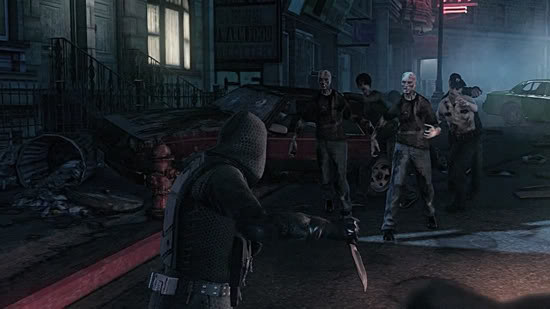 What it is: A four-player third-person shooter from Slant Six Games, a developer of portable and console SOCOM titles. Players take control of a group of Umbrella operatives during the Resident Evil 2 and Resident Evil 3: Nemesis timeframe, killing zombies, B.O.W.’s, and survivors in an effort to cover up the outbreak.

Why it might be good: With its squad-based gameplay and focus on multiplayer, Operation Raccoon City represents the biggest departure from the classic RE formula since Resident Evil 4. Taking the themes and characters of some of the most beloved RE games and injecting a new style of play might offer a fresh approach on some familiar territory.

Why it might blow: History shows us that, with few exceptions, handing over the reins of a venerable Japanese franchise to a foreign developer generally ends in heartbreak. Slant Six Games may be a somewhat competent studio, but its inexperience with the Resident Evil franchise may play against them. Likewise, the switch to scenario-based gameplay may fully turn off fans who feel that the action-driven direction of the series circa RE4 and 5 was a mistake. 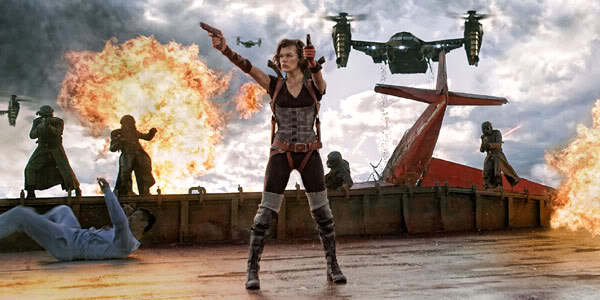 What it is: The fifth installment in Paul W.S. Anderson’s film series loosely — and I mean loosely — based on the Resident Evil games. With her clones dead and psychic powers removed via a convenient plot device in the fourth film, protagonist Alice is tasked with performing slow motion stunts while tropes from the games play out around her. Expect Leon S. Kennedy and Ada Wong to make appearances, as well as the return of Rain and One, who died in the first movie. Yep.

Why it might be good: Though it’s likely to be a squandered opportunity, dealing with the brainwashing of Jill Valentine her inevitable flip-flop back to the side of good could provide the gravitas necessary to make Retribution more than an effects-heavy action flick with zombies in it.

Why it might blow: Realistically, Retribution is more than likely going to be an effects-heavy action flick with zombies in it. I’ll still see it opening day, because I hate my money, apparently. 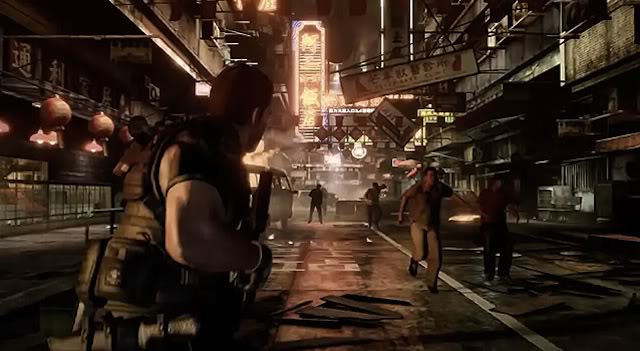 What it is: The sixth installment in the series proper sees fan favorites Chris Redfield and Leon S. Kennedy fight on separate fronts in the midst of yet another biohazard outbreak. A third, as-yet-unnamed protagonist has been revealed, but details are scarce as to his identity. Early reports indicate that Chris’ segments will be more action oriented, ala Resident Evil 5, whereas Leon’s adventure will feature a creepier tone more reminiscent of RE4.

Why it might be good: Resident Evil 5 may not have been the game-changer that RE4 was, but it wasn’t a bad game by any means. Heavy-handed and too focused on melee attacks, yes, but the series has been treated far worse in the past. A refined sequel that appears to allow for movement while shooting and a return to the series’ roots with the inclusion of zombies could mix the old and the new in an interesting way.

Why it might blow: The launch trailer, seen below, showcases some gameplay that looks a lot like Gears of War. Cover mechanics? Roadie run? Those tricks will likely prove effective against the armed terrorists that Chris will be up against, but what about the zombies? Like Operation Raccoon City, it’s entirely possible that RE6 could further alienate fans who think that the series has jumped the Neptune. Neptune is a zombie shark from the first game. See what I did there? 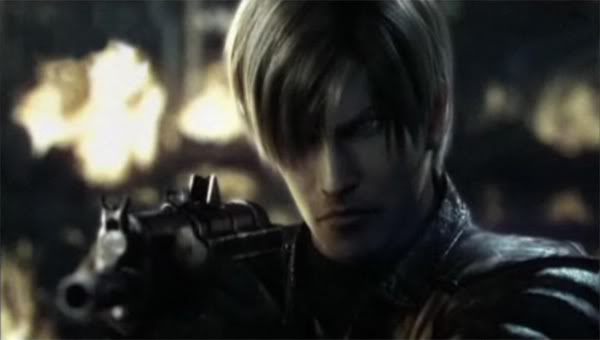 What it is: The second CG Resident Evil film developed by Capcom and Sony Pictures. The story once again puts Leon S. Kennedy in the middle of an outbreak. Details are scarce, but the action takes place in a European warzone, where bioweapons have become the tool of choice for waging said war.

Why it might be good: Resident Evil: Degeneration, the predecessor to Damnation, was actually quite good. The CG movies are canon, so a lot of care is put into making sure the action, plot, and situations directly relate to what fans expect from the games. Chances are good that the plot will be at least halfway decent, and the short teaser trailer shows off Licker combat. Lickers are cool.

Why it might blow: Do we really need another story starring the cold, battle-hardened Leon S. Kennedy? With his appearances in Operation Raccoon City, Retribution, and Resident Evil 6, even diehard Leon fans who own a replica of his bomber jacket from RE4 may grow inundated with his overexposure this year. No matter how good the plot and action may turn out to be, too much Leon might be too much of a good thing.