Shy Guys are the best kept secret in the Mario universe. We have little hard evidence with regard to their true nature, giving us almost no insight as to who — or what — they are. But with the few clues we’ve accumulated, it is possible to speculate. This article explores six theories concerning the possible origins of these so-called enemies.

This is a leading theory that would explain the variety of abilities Shy Guys have been known to demonstrate, as well as the various time periods they have occupied. This would also explain the apparent lack of allegiance Shy Guys hold, as they have been sighted in both the Mario and Zelda universes. 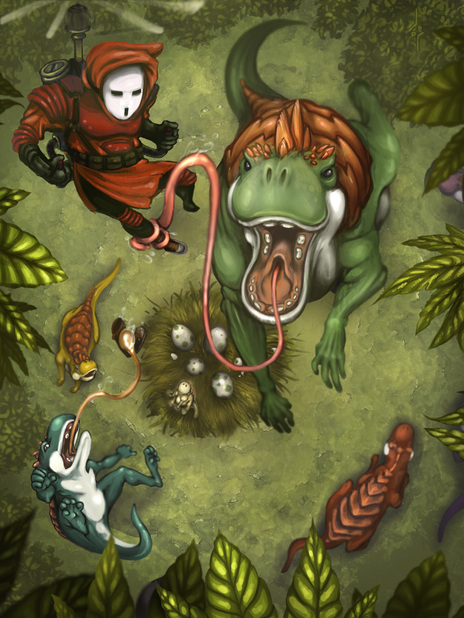 If this theory is true, then hiring this undercover organization must be astonishingly difficult and covert. The only possible public call for the conglomerate’s help can be found in Diana King's 1995 single “Shy Guy.” Theorists believe that the Shy Guys found this display far too high profile, which would explain the sudden and sharp decline of Diana King’s career shortly thereafter.

This theory stems from the suite of athletic events Shy Guys are known to compete in — perhaps as a result of coercion by their master, Bowser. Having participated in activities such as soccer, baseball, go-kart racing, tennis, and hockey (among others), Shy Guys often display tremendous versatility and incredible physical prowess. 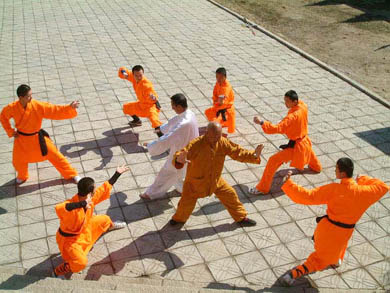 With very similar attire and athleticism, could these
monks be the origin of the Shy Guy?

What holds this theory back is that Shy Guys, who seem so naturally talented at athletics, are also terrible when it comes to hand-to-hand combat. Proponents of this theory say that the enslaved race of Shy Guys are holding back, essentially letting Mario win. They believe his cause to be just and hope that his overthrow of Bowser will result in the freedom to return to return to their monastery. 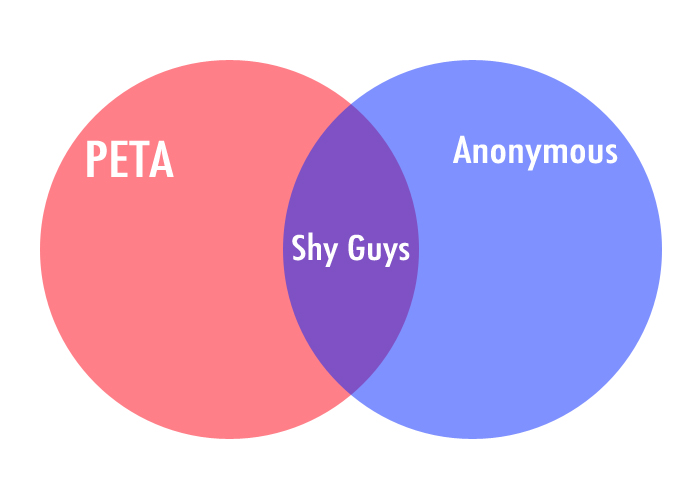 Flying right in the face of our second theory, some experts posit that Shy Guys are actually an offshoot of the organization known as People for the Ethical Treatment of Animals (PETA), with methods similar to that of hacker group Anonymous. Displeased with Mario’s garish and cruel Tanooki, Frog, and Shell suits (as well as his gigantic, leather Kuribo's Shoe), the activists have assembled into a group known as Suitably Healthy Young Gents Undermining Your Sensationalism (or more simply, S.H.Y.G.U.Y.S.) and have organized peaceful protests across the Mushroom Kingdom. As is always the case with activists, some have taken their protests too far, attacking Mario and his "enslaved" pet dinosaur Yoshi with spears and other projectiles. 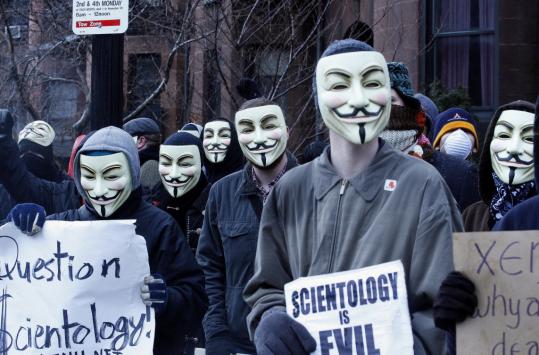 I will say that members of Anonymous have much
better masks than Shy Guys.

Check out page two for three more theories on the origins of Shy Guys!

Taking into account the well-known fact that Magikoopas go through rigorous and dangerous genetic-mutation procedures to develop their magical abilities (as well as remove their shells), it stands to reason that there are some rejects along the way. This theory states that instead of simply destroying these brain-dead abominations, Bowser decided to keep them as grunts in his ever-growing army, with the condition that they wear masks and head-to-toe cloaks in an effort to hide their horribly deformed faces and bodies.

A piece of amateur footage taken in 2004 supports this theory. After a Shy Guy miraculously won that year’s Flower Cup, he lost his mask as he walked to the podium to claim his trophy. Unfortunately, the cameraman could not get a glimpse of the Shy Guy’s face, leaving only one eyewitness to the event: an Italian plumber by the name of Luigi Mario. As the story goes, before he was able to tell the world what he saw, Mr. Mario signed a non-disclosure agreement with the Koopa Corporation, making him the richest man in the Mushroom Kingdom overnight. He has since refused to comment on the issue.

Frustratingly, we know almost as little about druids as we know about Shy Guys, making this theory quite difficult to confirm. What we do know about the druids is they believed in both ritual human sacrifice and the reincarnation of the human soul. Scholars who believe the Shy Guy-druid connection theorize that the Shy Guys' masks signify the unreliability of the body and the glorification of the soul. 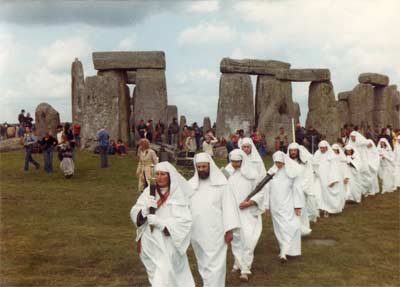 Neo-druids or a group of unmasked Shy Guys?

And though it can be hard to make out, a slight, Gaelic-eqsue tone can be heard in the grunts and sighs of the Shy Guys, particularly during athletic competition.

This far-fetched theory does appear to hold some shred of credibility, much to the chagrin of many noted Shy Guy anthropologists and historians. The evidence comes to us from reports by two men with dreams that featured eerily similar masked, robed figures, despite the fact that the individuals live on completely separate continents and have had no previous contact with one another.

Italian plumber Mario Mario declared that in his dream, masked men in red robes viciously attempted to maim and kill him and that he was only able to stop them by pelting them with vegetables.

Meanwhile, a man known only by the name of Link described the same villains roaming a dungeon in one of his dreams. Though they did not attack directly, as in Mario’s dream, the cloaked figures matched Link’s movements with startling proficiency. 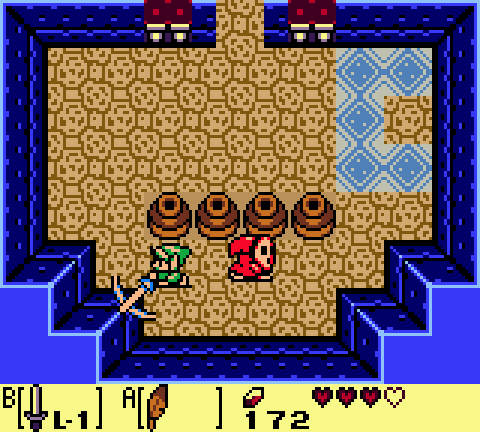 An artist's rendering of what Link's dream may have looked like.

Skeptics have tried to counter this theory, saying the two men did in fact know each other, as evidenced by the picture below. Believers call the image a fake.

Anthropologists believe this picture could connect Mario and Link.

If you have any information on the origins of the mysterious Shy Guys, I urge you to leave your feedback in the comments!