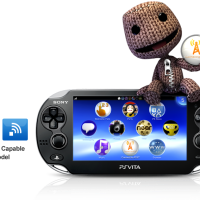 I'm having the hardest time deciding which PlayStation Vita to buy on launch day. On one hand you have the Wi-Fi model which is $249.99 and on the other you have the 3G model for $299.99. Being a gamer on a budget my natural inclination is to go with the Wi-Fi model because it costs less. After some research I'm not sure the Wi-Fi model is the best deal. Here's some reasons why.

When it comes to practicality, the Wi-Fi Model wins hands down for me. The need for 3G simply isn't there for me. My PlayStation Vita (like my Nintendo 3DS) will barely ever leave my house. I'll mostly spend mornings and commercial breaks playing the Vita. The rare times when my Vita does leave my house I don't intend on playing games online. I focus on playing one player games when I'm out in public. Especially when I'm in class because I don't have to focus my undivided attention on what's going on in the game. Besides that, playing a game online in a public place lets people know you have the most expensive Playstation Vita. It might attract unwanted attention from people who might want to steal it from you. The same goes for the iPad in this instance. If you're sitting on the train surfing the web, it says "Hey I can afford the most expensive iPad hear me roar!!!"

Another con against the 3G model of the Playstation Vita (besides it being $50 dollars more than the Wi-Fi) is that 3G service requires a monthly payment for the service. That's a huge no-no for this gamer on a budget. Lets say you decided to go with the $14.99 plan for 250MB of data. That comes out to $179.88 dollars a year for the service. That means you're shelling out close to $500 dollars for your first year with the Playstation Vita. It's not all bad though. You don't have to sign a contract so you can cancel anytime. I'd much rather stay home or hit up a hotspot and use the Wi-Fi for free thank you very much. 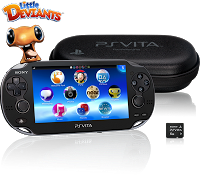 At this point I was all but sure that I was going to go with the Wi-Fi model of the Playstation Vita. Then I was introduced to the various bundles Playstation is offering with the 3G model. The first bundle they have is the First Edition Bundle. The First Edition Bundle includes the 3G model of the Playstation Vita, A case for the Vita, The game Little Deviants, and a 4GB Vita Memory Card. The big thing about this bundle is that it allows you to purchase the Playstation Vita a week before it's launch date. Meaning on February 15th you can be playing Uncharted: Golden Abyss while the the rest of us wait until February 22nd. That sounded really cool until I saw the price of $349.99. You're paying an extra $50 dollars to be able to play the Vita a week early. I'd rather go to Boston and play the Vita right now (3 weeks early) at the Vita Hill Social Club for free. 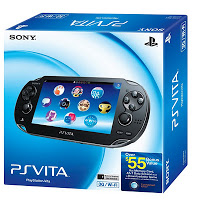 The bundle that has my attention is the Launch Bundle that comes with every 3G Playstation Vita on February 22nd. The Launch Bundle includes an 8GB Vita memory card, a free month of 3G service, and a free Playstation Network game to be announced all for the price of $299.99. This bundle has my attention. The free stuff included is worth over $50 dollars. The 8GB Vita Memory Card alone is $34.99 and a month of 3G from AT&T is $14.99. I was planning on buying a 4GB Memory card because it's the cheapest one, but seeing an 8GB memory card included in the 3G bundle has me curious. Who knows what the free games going to be. Good or bad the PSN game is free my friends.

On launch day my original plan was to buy a Playstation Vita, Uncharted: Golden Abyss, and a 4GB memory card. If I go with my original idea, I'm looking at spending $324.97 before taxes. If I go with the 3G bundle, I get a 3G Vita, an 8GB memory card and Uncharted Golden Abyss for $349.98 before taxes. The question I'm left with is this. Is the extra $25 worth it to buy a 3G bundle? I'll let you know what I decide on launch day.