You know the drill, right? Every single game with a multiplayer component has its whole assortment of cheap tactics and exploits that players abuse in order to defeat their adversaries. 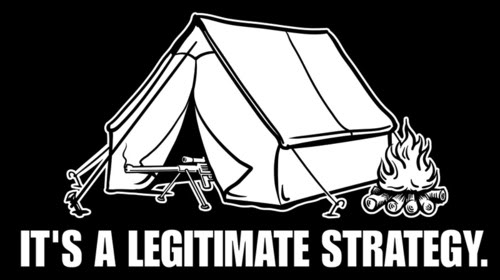 This month’s and incoming editions of “Don’t Be That Guy” are going to address those cheap tactics and playstyles. But unlike before, I’m not just telling you to stop using them; you already know that you shouldn’t. I’m asking you to stop complaining about them!

We need to understand something: We can’t fight the cause of this problem. Cheap tactics, game glitches, and physics exploits are part of every game; they’ve always been there and they always will be, and people are going to exploit them because the goal of every game is winning, and normal, reasonable people do what it takes — within the rules of the game — in order to do so.

Rather, we’re going to focus on the effects. I’ll try to make you aware that these cheap tactics are fair and perfectly normal. I’m not saying that they’re OK. No, I’m not! It’s perfectly fine to feel bothered about them, but yelling at random strangers online or cursing in message boards is not the solution, either.

We deride as cheap any kind of winning playstyle that we don’t think is as skillful as our own—and we get stuck on that idea because the way we choose to play is the way we think the game is supposed to be played.

Let’s face it: Online multiplayer games make everything look stupid. Just look at the current shooting games of this generation; there are people jumping around, roadie-runs and, apparently, nowadays combatants can survive multiple bullet wounds, but they’d die instantly at the first sign of stabbing. 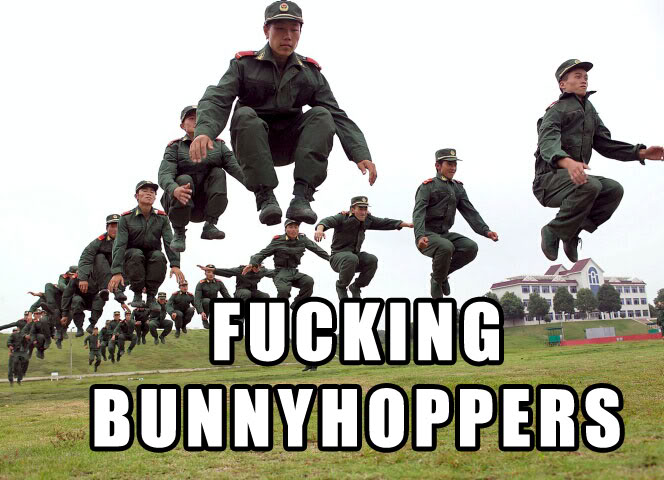 That’s part of the reason we think some playstyles are cheap: because we play the “this doesn’t happen in real life” card.

But what happens when people are ruining your gaming experience by exploiting the game’s rules, physics, or glitches?

See? You’re not obligated to like every game, and you shouldn’t play a game you’re no longer enjoying, unless you consider yourself a masochist. Seriously, there are other games out there that might deserve your attention, and one of them could have everything you’re looking for.

But what if you really like that game, but you just can’t stand that thing (or sum of things) in particular? Well, let yourself be heard! But do it properly! Don’t yell at random strangers online, don’t troll around in message boards, and don’t send death threats to any game developer. Be smart. Be polite. Talk about it with your fellow gamers; write about it in your blog, favorite forum, or social network; and provide sensible feedback to the people in charge of the game.

Good developers and publishers pay attention to what people are saying about their games. They want their next titles to be sold; they’re not going to mess around if people are no longer enjoying their product. And in this modern era, companies can also update their games to address glitches and balance issues whenever necessary.

[embed:http://www.youtube.com/watch?feature=player_embedded&v=hajL0ruGSZ4 ]
Remember the release of Gears of War 2? What a mess!

We’ll continue with this subject in the next edition of “Don’t Be That Guy.” For now, I invite you to read Vangie Ridgaway’s “Gamer Girlfriend: Candy Corn Games.” She did an excellent and funny analogy about why you don’t have to play a game you don’t like, no matter if everyone’s telling you that you should.