BioWare can’t seem to catch a break. Not surprising given their track record of absolutely horrible decisions…the Mass Effect 3 From Ashes DLC is another of those debacles.

From Ashes is free to everyone who purchases the limited edition of Mass Effect 3, and it costs $10/800 MSP for everyone else. The day-one DLC includes a Prothean party member, a new mission, and some new costumes. 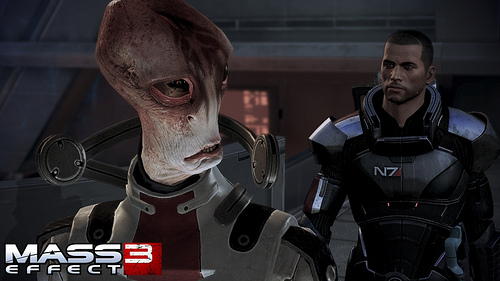 In effect, a Prothean squad member is like having a Geth squad member. Legion’s inclusion didn’t exactly move Mass Effect 2’s plot forward by leaps and bounds, but his presence gave an entirely new perspective on the Geth. This Prothean could provide similar background, which is part of the reason why fans are both hurt and (mostly) mad that he is not included in the main game.

But that’s not the only reason. 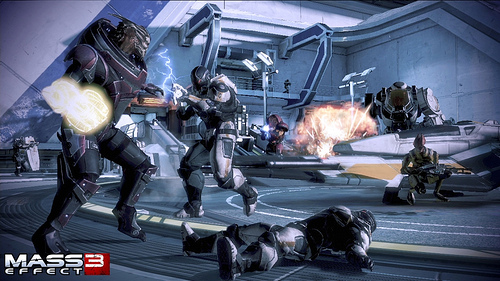 Way back in 2009, Dragon Age: Origins began what EA called, Project Ten Dollar, in which every new copy of their games would include a code for DLC that would cost second-hand users $10. All three of BioWare’s previous games published by EA included an extra character and mission as part of Project Ten Dollar. Shale, Zaeed, and Sebastion were all free to gamers who purchased new copies of the regular editions of their respective games (though Sebastion was restricted to the Bioware Signature edition of Dragon Age 2, which did not cost any more than the regular edition). So what do we get for purchasing Mass Effect 3 new?

Instead of enriching a single-player, story-driven RPG with an extra character whose existence delves deeper into the lore, Bioware and EA have decided instead to provide us with multiplayer. A feature that is tertiary at best, seeing as how it is completely optional.

So as a gamer that is only interested in the single-player aspect of Mass Effect 3, what incentive do I have to purchase the game new?

See where the anger’s coming from?

Although I would have much rather have had From Ashes as my online pass, I can’t help but think that this whole issue could have been avoided if Bioware just decided to release the DLC a month or two after launch. They could have held on to it, given it the good 'ol polish that Bioware is (not) known for, and no one would have cared. After all, no one was mad about Kasumi’s Stolen Memory, right?

When it comes to day-one DLC, it’s a matter of perception, and no matter how BioWare tries to explain their release strategy, it will always seem like a cash grab. Why can’t From Ashes be the online pass that encompasses both multiplayer and the Prothean? Or, in true BioWare fashion, why not let us choose between multiplayer and From Ashes?

But no, EA wants more money.