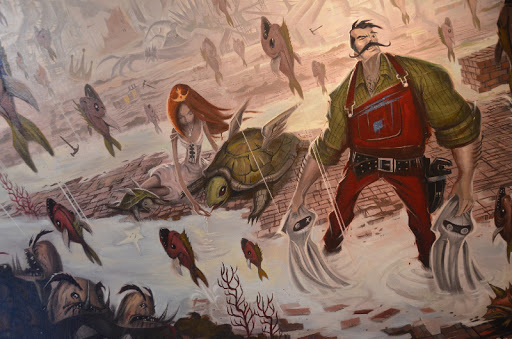 The Bitmob Writing Challenge gives new and veteran community members a chance to create an article based on a specific topic. This month, we’re going to discuss how games have been represented in the outside world and how we have expressed our passion for the medium.

Gaming has become a pop-culture fixture that has been examined and interpreted by mainstream outlets and thousands online. Early attempts in movies, comics, and television to appeal to this new community were cheesy or presented stereotypical portrayls of gamers. Now, however, artists who grew up with Mario and Final Fantasy have entered these industries to tell their own stories. Meanwhile, the Internet plays host to a multitude of podcasts, videos, images, and comics that depict franchises in ways that their creators have no control over.

Do modern action flicks feel more like extended game cutscenes as many critics have complained about? Is it easier to create a successful webseries if it focuses more on negatives than positives? It’s time to reflect and write.

Write a 400-800 word article on gaming culture. You can incorporate any of the following:

Try to find a unique angle for your story. Many have been frustrated that, although G4 the website has a lot of game-related content, G4 the TV station hasn't been as revolutionary as they hoped it would be. Thousands of “how to fix G4TV” articles, however, are clogging the Internet already. The article on how Ninja Warrior fulfills people’s platforming fantasies, however, may still be available.

Post the results by March 31, 2012 with “Bitmob Writing Challenge” (without the quotes) in the tags. It will appear in the Mobfeed, and I will post a collection of these pieces after the deadline.

Good luck. Be sure to check out the results of the Coins and Sense challenge as well.