Ever since its release earlier this month, Street Fighter x Tekken news and announcements have torn through fighting game community websites and message boards, leaving a trail of bad blood and mixed reactions in their wake. From “on-disc DLC” to unbalanced console-exclusive characters, there’s a lot of things to consider for those who have yet to “cross the line.” To help people who are still on the fence about Capcom’s latest crossover fighter make a better purchasing decision, here’s everything you need to know about Street Fighter x Tekken. 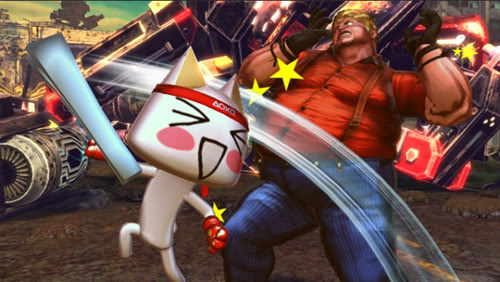 If you pick up the Xbox 360 version of SFxT, expect to be screwed. Due to an exclusive deal with Sony, PS3 owners get access to Japanese Playstation mascots Toro and Kuro (both are small cats) as well as Pac Man, inFamous’ Cole MacGrath, and a version of Mega Man inspired by the horrendous box art for the original Mega Man.

For reasons unknown, the 360 version of the game does not have its own set of exclusive characters, even though console-specific guest fighters have generally been evenly distributed between multiple platforms in the past. What’s more, hackers have discovered the data for Mega Man and Pac Man within the files of the 360 version, which has led pundits to believe that they may become paid DLC in the near future.

Despite the fact that exclusive characters are banned from every major fighting tournament due to not every player having the ability to train against them, the fact that the 360 version of SFxT is short four joke fighters and a guy with a cattle prod is a deathblow against it. The other 38 fully featured fighters on the disc just aren’t enough, clearly. 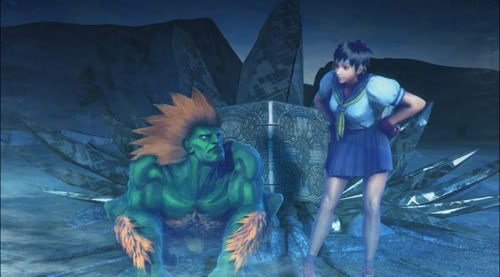 The State of the Roster

After the announcement that the PS Vita version of SFxT would come with 12 exclusive fighters when it launches later this year, hackers managed to dig up near-complete versions of those characters within both the 360 and PS3 versions of the game. This prompted Capcom to quickly announce pricing and release plans for the dirty dozen that they had likely been holding back for a more dramatic announcement later on in the year.

These 12 fighters will be available after the PS Vita version launches for roughly $20 USD. This is much cheaper than the $5 USD/character that other fighting game developers have traditionally charged for new challengers, but because the data is already on the disc and is being held hostage until later this year, droves of lifelong Capcom fans are denouncing the company for delivering what is ostensibly an incomplete game. Petitions to award reparations to anybody who bought a version of Street Fighter II after the original may soon have precedent if Capcom caves and offers the content for free. 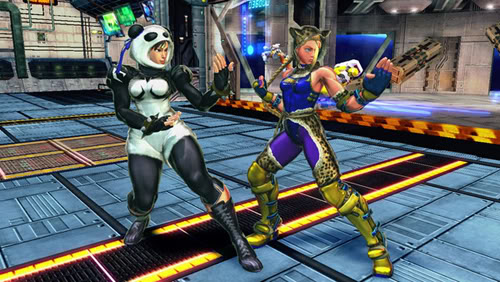 The Rest of the DLC

Along with the 12 new characters, Capcom has announced a truckload of other DLC, some free, some not. Several new Assist and Boost Gem packs, as well as additional loadout slots to save new gem combinations and a bonus replay analyzer, will be released in the coming weeks alongside a free title update. The hotly-anticipated tournament support update will also be free of charge, and will allow players to quickly and easily set their gem loadouts during tournaments to keep events from running an estimated forty thousand hours overtime.

Three free color packs will augment the game’s current character customization options of Flesh Tone 1, Flesh Tone 2, Black, and White to allow for actual color to be added to individual character customization. As this should have been an option to begin with in the main game, regardless of the fact that we’re getting it now as a free feature, fans are unhappy about this particular gift horse.

Finally, a Swap Costume for each character in the game will be released at the price of $1 USD/character, or in 19-character Tekken and Street Fighter bundle packs for $13 USD each. Costumes were once free unlockables in past games, so even though the price is reasonable and offers an ala carte option, gamers who are compelled to buy all downloadable content whether they plan to use it or not may find their wallets a lot lighter after dropping $26 USD on optional costumes that don’t have any discernable effect on the actual gameplay. Since Capcom is a philanthropic organization, and not a corporation in the business of making money, the DLC costume prices seem very odd. 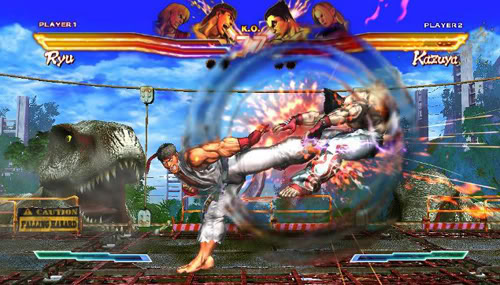 The game? Oh, it’s super fun. Fast, entertaining, easy to pick up and hard to master. Aside from some online issues and sound de-syncing, it’s probably one of the best fighters to come out in recent years.

But who wants to talk about the game when there’s so much controversy to focus on instead?