Its a harsh world out there. Some people say that its impossible to find a place to fit in, in this fast pace world. Others simply recommend not to even try. This is of course the world of video game journalism. Over the last few days I have e-mailed and talked to a few people to find out just what makes the intimidating land of game journalism so… Well intimidating. I got many different opinions on the subject, some said that its all about luck. While others said that it takes good writing and the ability to hustle and network. The general consensus though was that game journalism is a tough beast, that seems to take more then the average Joe to slay. 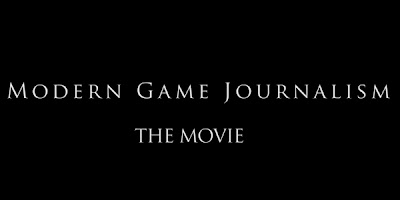 "Good luck with that kid" was the response I got when I asked this "unnamed" journalist what the chances might be of getting an established career in games journalism in the future. Now I'm not the one to get down on myself, but I will admit this remark had me a little irked. This guy doesn't know me, he doesn't know my writing or my type of character. Then I thought about it a little more. Obviously this guy had been able to do it, he put in the work and as the journalist of a rather popular website most people would say he succeeded. So no matter how much I disliked his response there was no denying that he knew just how hard it was to make it in this industry. That wasn't going to stop me.
I reached out to some other journalist and also asked for advice on how to make in this industry. Needless to say they had some better advice than the former. The second journalist I asked told me "You just need to know how to pitch and also need a lot of luck". (Note that the word a lot is underlined, this is how it was in his actual response.) Okay so that was much better advice then the first guy but I wanted more. At this point it had become clear that breaking it big in this industry was going to take some luck, something I never seemed to have too much of. After some empty responses I finally got the best advice I have had all week. This came from one, well, I can't identify this guy either. Even though I had appreciated all the advice I had been given it was until then that I had gotten a response more then a few sentences long.
He started by telling me the attributes it would take, those being passion, talent, patience, and of course luck. He then gave me some pretty helpful advice.

"Honestly, the best advice I can give is to write TONS while you're in high school and college. Chances are you won't be getting paid for most of that, but whether it's on a site like Bitmob or a smaller fan site, write write write write write. This will help you develop your voice and skills, and eventually it can help you get noticed. It's also something you can point to when reaching out for potential jobs or freelance work to prove to potential employers that you can write on a solid schedule."

As you can see this is a little more then a sentence. After that he gave me some very interesting insight on his road and some of the things he did to get to where he now is, writing for one of the biggest video game publications in America. He to started out on a site just like this and slowly made his way up the ladder.

Even after the first few responses I got in a way I kind of feel better about what I have been doing. I am a senior in high school so obviously I'm not nearly "deep" enough in to be able know the hardships and let downs that I'm sure are in this line of work, I mean I can't even say its work for me yet. But I do know that its impossible to get your work noticed if you don't put yourself out there, if you don't start meeting people and talking to them. Connections are a big part of any job no matter what or where it is. Keep this in mind next time your writing an article, or a review. Also keep in mind why your doing this, why we all are doing this, for the love of video games. 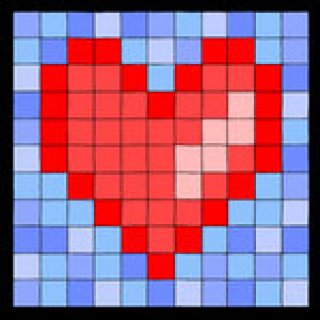 Now I can't speak for the guys who have been trying to break through for years, or probably for anyone on this site, but I for one think that this dream of mine is still very reachable and whether I succeed or fail I still got to do what I love and this is, write about video games. I hope the people reading this have learned a little more about games journalism and what exactly it takes to succeed in it. And to the people out there still trying to make it just remember one thing, even the most established journalist were once where you are at today. Keep writing and getting your work out there and most importantly if you have a passion for this don't give up.
Thanks for reading and like always stay beautiful!!!