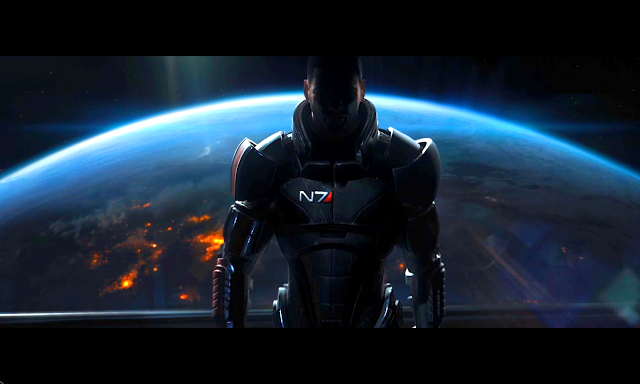 Oh Bioware, what has this industry come to? You give us a beautifully made game, and we spit on you oh so forcefully. Okay in all seriousness I didn't know if I wanted to write an article about Mass Effect 3, or anything related to Mass Effect 3. Not only are there already plenty of those, but they all seem so hateful.

Me being a long time fan of the Mass Effect series, I just couldn't help wanting to voice my opinion. But I don't want to focus too much on the actual ending itself, instead I would rather discuss the "content initiative" That Bioware is taking to "please" the very vocal community against Mass Effect 3's ending. Warning, there will probably be spoilers!! read ahead with caution.
So last week Bioware finally issued the backlash that Mass Effect 3's ending caused saying that they will be taking initiatives to hopefully please fans. They haven't said exactly what these initiatives will be. It could be free or paid DLC that goes into the aftermath of Shepard's decision whatever it may have been, or it could be a patch that could literally change the ending of the game. Now I don't want to sound like I am generalizing everyone who hates ME3's ending, but Bioware is kidding themselves if they think anything they do will please anyone. Okay that was generalizing, but come on what is Bioware thinking? They are trying to please the very same people who have paid thousands of dollars to change the ending of a video game. At this point they are beyond pleasing, and nothing, not even a new ending, will change that.
Now I am not trying to sound like I am completely with Bioware on this, I wasn't the biggest fan of the ending myself. But if there is one thing I do believe in its that video games are works of art, and it would be crazy if someone tried to change up the Mona Lisa, or redecorate the Sistine Chapel simply because people weren't satisfied with them.
Now lets take a step back and assume that Bioware doesn't have any plans to change the ending. Instead opting for DLC, free or paid, that takes place maybe a year or so after Mass Effect 3's conclusion. In my opinion this is probably the most viable thing to do, and was most certainly hinted at anyway if you stuck around after the credits (which lets be honest, you were writing an angry blog post about the ending instead).
Now this could be very interesting actually, mostly for the reason that it would have to take into account the decision you made at the end of that game and could go into a few unique directions. This would give the, what some people thought were too much alike, multiple endings more of a basis and would give them a little more relevance.
My problem with this though is that it could open the doorway for even more rage from the community, especially if it was pad DLC. I could just see people now not being satisfied with the DLC's ending. And if this does happen, what monster are we opening up? We all know the gaming industry has a way with catching onto trends, like online passes, or on-disk DLC. So what if this DLC ends up selling pretty good, other developers could start seeing this as easy money and purposely water down the endings just to provide some DLC after a month or two. God knows we need more trends like this catching on.
In closing whether you support this backlash against Bioware, or are with Bioware till the end, please understand that video games should be about experience, not the half hour that ends the experience. Sure we all enjoy a good ending, but I think we can all agree that a game needs to actually be good if we are going to use our precious time reaching this point. And from reading all these articles about Mass Effect 3's ending, the game was good enough to play to the end.
I want to hear the communities thoughts and position on Bioware's "initiative" and if you think whatever it is will satisfy the community or even you yourself. Please leave a comment and get a discussion going.
Thanks for reading and like always STAY BEAUTIFUL!!!