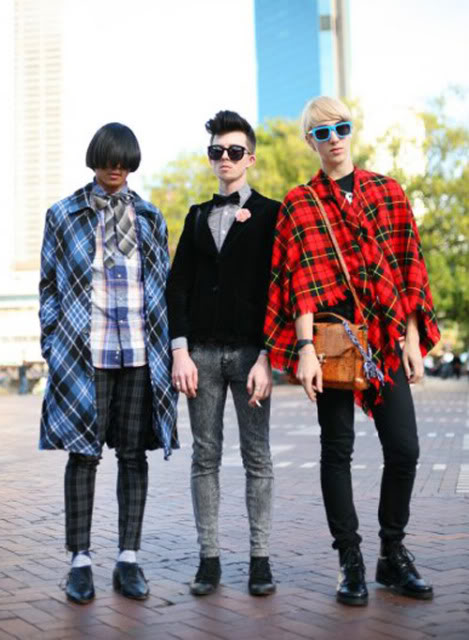 The two most important demographics for a game are age and gender. The reasons for this are obvious, and we are all aware of where we stand in these demographics and the types of games that we are “supposed” to be playing.

To change things up a bit and to make the market even more confusing and eclectic than it already is, I thought it’d be fun to single out more specific social groups for the sake of marketers, advertisers, and for my own amusement.

This first demographic is one that we’re all quite familiar with. In the U.K., they are known as “indie kids” or “Shoreditch twats.” But here, in the good ol’ U.S. of A., they’re better known as "that one friend who wears girls' jeans." Few people realize that hipsters actually find time to enjoy a game or two and are even drawn to specific types.

Well, after six years of living here in San Francisco, Calif. and after several perilous journeys into the wild woodland that is the Mission District, I have made quite a discovery. Beyond their vast record collections and trendy scarves, past their sleeveless vests and thick-rimmed, non-prescription glasses, there exists the beating hearts of gamers.

Hipsters retain an unfaltering attraction toward physical activities that have either yet to become popular, have already died in popularity, or are too odd for people to care about, period. These activities range from the extremely simple, such as Ultimate Frisbee, to the fairly challenging, like indoor rock climbing.

In games, such activities would typically be found in those with gameplay that emphasize the use of acrobatics or odd means of travel. A prime example of this would be Ubisoft’s Assassin’s Creed series or EA’s Mirror’s Edge. Both titles utilize free-running and parkour, popular among hipsters who see themselves as being above typical public sports such a skating. Plus, both activities fit nicely with a hipster’s messenger bag. Be on the lookout for Extreme Fixie Racing in the near future, as well. 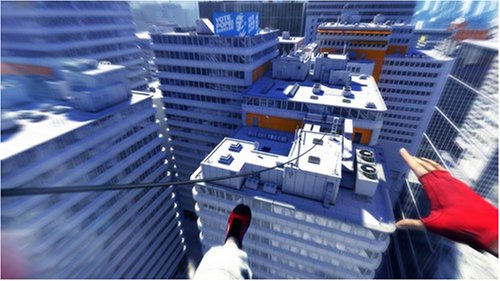 Death-defying leaps over 50-story buildings have yet to become "Midtown."

If there is one thing that attracts a hipster’s bias more than vegan food with no taste, it’s a band, film, or video game from the '80s. Hipsters love to showcase their outrageous and “unique” personalities by adoring anything to come out of that colorful, eclectic, bigger-is-better decade that most of us grew up in. While hipsters are known to take a liking to any trend that hasn’t been seen as far back as the 1870s, it’s apparent that their favorites were from that golden age of 8-bit gaming.

With that said, it should be obvious that many games that fall into this category are those from the Nintendo Entertainment System. It was cool to have one then when it was cutting edge, and it’s even cooler to have one now when they’re $500 on eBay and smell like motor oil and baby vomit. While its reigning era of pixels remains iconic in the current time of polygons, the old girl doesn’t falter in showing her age — and that’s exactly how hipsters like it. Sure, the A button sticks a bit, and the lid doesn’t close all the way, but that just shows authenticity!

A current, cheaper alternative that has gained popularity among the trendy bunch is the Nintendo Wii — more specifically, its Virtual Console. Like clockwork, Nintendo has recycled its franchises in their original forms. Other companies with any old intellectual properties lying around should take note of this and throw them onto the market, ASAP. You’re likely to garner more sales with the hipsters if it has anything at all to do with the Power Rangers, Ninja Turtles, Ghost Busters, or Rainbow Bright. 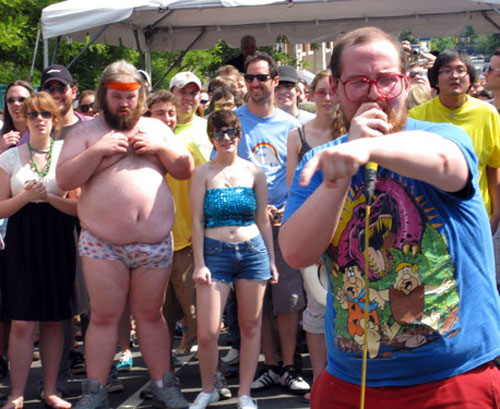 Nothing says '80s like retro tees and beer bellies.

This one is quite simple: Hipsters are absolutely nuts for stylish music. All the better if the music is simple enough for anyone to play. Naturally, hipsters have grown quite fond of games that aspire to simplistically mimic the art of musicianship. No longer do these Bob Dylan wannabes have to play their acoustic guitars and accordions (yes, accordions) on street corners to feel like vagrant folk musicians. Now, feeling the false sense of musical artistry is as simple as picking up a five-buttoned plastic guitar controller.

Games such as Guitar Hero and Rock Band have given hipsters the feeling of symphonic accomplishment, all without the pesky hurdles of hard work, practice, and having talent. Karaoke games also sometimes fare nicely with these people, though they lack some variety in the 1950s rockabilly and 1970s swamp rock departments. A notable suggestion to any Activision representatives out there: Tambourine Hero. 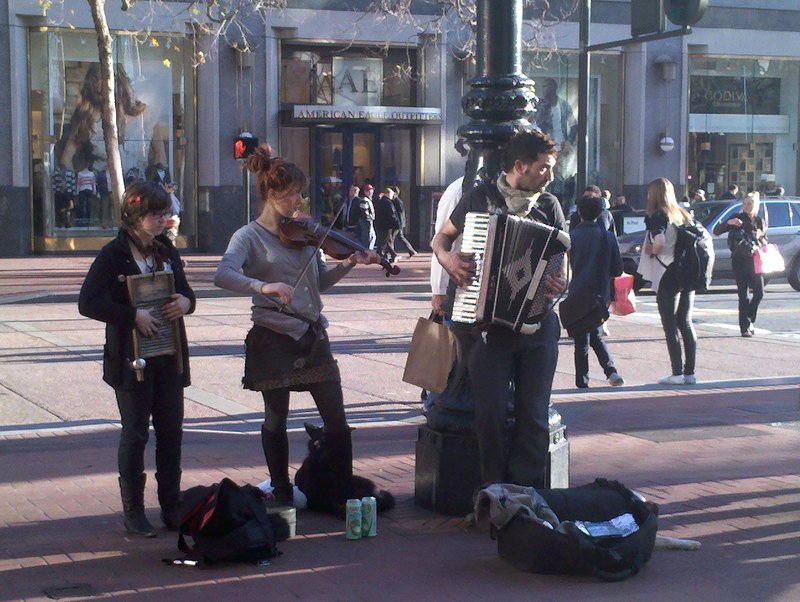 I snapped this photo personally. The girl on the far left is playing a washboard.

Games NOT for hipsters: Indie games

This is shocking, I know, but while video games have become one of the most lucrative entertainment industries in the U.S. (even triumphing over film), they still have yet to reach a level of mainstream acceptance throughout the culture as a whole. With that said, hipsters still see video games, in general, as relatively unpopular among the masses. Sure, it’s easier to find someone who enjoys a game from time to time, but it’s still much easier to find someone who won’t openly admit to playing them.

Because of this, the independent-game market remains relatively unnoticed by the hipster community. There is simply no incentive to take that extra step to play titles that few others play, as it is still assumed that most people don’t play games at all — even when over half of the U.S. population does.

It is now quite apparent that hipsters, a clique that actively attempts to separate itself from mainstream culture, shares with it a hobby of unparalleled popularity. Our gaming family, once consisting of nothing but socially awkward shut-ins, has grown a bit larger. It is our job to welcome our new brothers and sisters with open arms so that we may all enjoy a nice, mellow, cordial game of Marvel vs. Wes Anderson Universe.