(Warning: MAJOR spoilers for the Assassin's Creed games are contained below. Read at your own risk)

Ezio Auditore da Firenze, one of the Brotherhood’s most influential Mentors, passed away peacefully during a day trip to Florence with his family. He was 65. 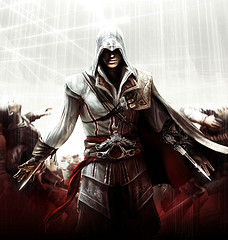 Born in 1459 to Giovanni and Maria Auditore, Ezio enjoyed life as a wealthy member of the Florentine noble class until the age of 17, when tragedy struck. His father and his brothers, Federico and Petruccio, were wrongly executed at Palazzo della Signoria. It was only then that Ezio began to learn the true heritage of his family within the Assassin Order.

Donning Giovanni’s robes and his hidden blade, Ezio lusted for vengeance. He quickly eliminated his family’s traitors one by one before realizing the larger problem at hand — the terrifying power of the Templars, and the leader of its Italian chapter, Rodrigo Borgia.

Ezio chased Rodrigo and the Borgia clan all over Italy before putting an end to their reign, recruiting new members to the Order in the process. He later expanded the Brotherhood in Constantinople as he searched for the five Masyaf Keys to Altair’s library from 1511 to 1512. Deciding that he had grown weary of his life as an Assassin, he soon retired to the Tuscan countryside, where he spent the rest of his days.

Ezio is survived by his devoted and loving wife, Sofia, his sister Claudia, and his two children, Flavia and Marcello.

It’s rare for players to participate through almost the entire arc of a character’s life — this is commonly found in books or movies where we are passive observers, but only a few video games have tried to reach such narrative depth. Though not without its flaws, the “Ezio Trilogy” found in Assassin’s Creed 2,  AC Brotherhood, and AC Revelations provides players with a multi-dimensional portrait of its leading man.

Destined to serve the role of the “Prophet” in the present-day story of Desmond Miles, we see Ezio grow from a hot-headed teenager to a wise mentor who encourages love and respect as he expands the Assassin Order all throughout Europe. Along the way, he encounters various artifacts and messages from the technologically-advanced First Civilization, where he begrudgingly learns to accept that he will never fully understand what their words mean.

Ezio is the conduit through which Desmond, and the rest of the modern-day Assassins, learn about the catastrophe that will wipe out all living things on Earth if they don't find the Grand Temple. Through all of Ezio’s battles, his tragic suffering, his sacrifices, and the constant war for influence against the Templars, his fate as a mere messenger boy to a future he couldn’t possibly imagine seems like a slap to the face.

Even as a player, I felt slightly betrayed: the last three years devoted to these Assassin’s Creed spin-offs, though groundbreaking at first, quickly wore off with each subsequent sequel. Each of the titles more or less followed the same formula of resuming Desmond’s trek through Ezio’s memories, followed by brief sequences of playing as Desmond that bookend the experience; and without missing a beat, each also concluded with a cliffhanger that's supposed to keep your attention until the next game.

By the time I was playing Revelations, however, I simply felt obligated to finish what I had started in AC2, rather than feeling the genuine excitement I previously had for the first two games. 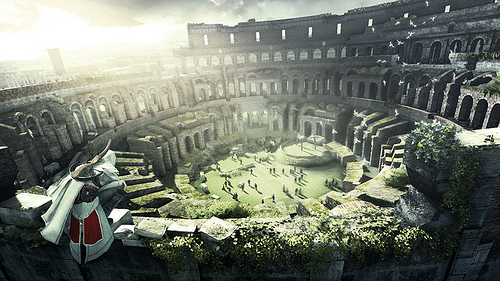 I still tolerated the gameplay, but the formula had clearly become stale by the time the developers covered Ezio’s twilight years; more than anything else, it was my love for the fiction that kept me going. And playing that game wasn’t even enough — there was still Assassin’s Creed: Embers to watch before I was able to find out how Ezio’s life truly ends. Once I bought and finished the short film, it really did feel bittersweet as I watched those final credits roll, trying to internalize what this entire three-games-and-a-movie experience amounted to.

On the one hand, Ezio Auditore has become the undisputed face of the franchise: whereas Altair’s promising first adventure fell flat due to problems with pacing and gameplay, the corrections in AC 2 resulted in an overwhelmingly positive critical response, which sent the series skyrocketing in terms of sales and popularity. As Ubisoft rode that wave of success with three back-to-back sequels — as well as novelizations, comic books and further spin-off titles for the PSP and iOS devices — the story of our favorite Italian assassin has suffered as the franchise teetered dangerously close to the edge of overt media saturation.

Yet for all these products, Desmond’s story was still left on the sidelines, with each ending bringing up more questions that the developers refused to answer.

Many fans, including myself, started to grow tired of Ezio’s story. “What about Desmond?” they asked, “What about other Assassins? Where’s my ninja assassin from feudal Japan? No, the next game needs to take place during the French Revolution!” Regardless of their differences, the message was the same: Ezio had to go. 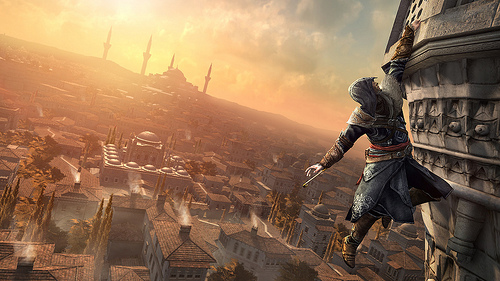 In response, Ubisoft gave us AC Revelations as a final farewell to the master assassin. Though the characters and the city (this time in Constantinople) looked absolutely amazing, more so than in previous entries, the game wasn’t nearly as fulfilling. The story missions were anemic and the rest of the game just felt like it was padded out with inconsequential side quests — I didn’t care for the assassin’s training and recruiting mechanic that returned from Brotherhood, nor did I spend much time trying to collect all 100 of the Animus data fragments and the Desmond-only platforming levels that they opened up.

Leaving Desmond in a conscious-shattering coma from the end of Brotherhood just seemed like an excuse to conveniently leave him out of the picture in Revelations. You do finally get to meet Subject 16 and have a few cryptic conversations with him, but it offers little clarification to the overall story. Even the big “revelation” hinted at in the title isn’t really much of a revelation at all, and I tried to mask my disappointment by admiring the pretty cutscenes it offered in its place.

Like Ezio, we are left questioning whether all this effort was worth it.

In Altair’s hidden library in Masyaf, he finds the master assassin’s Apple of Eden, hesitant to take it after all the struggles he went through fighting for a similar artifact in Rome. Instead, Ezio begins to address Desmond directly, a name that he says has “lingered in my mind, like an old dream.” He carefully casts off both of his hidden blades and his sword, a physical gesture of relinquishing his role in the Brotherhood.

“Maybe you will answer all the questions I have asked,” Ezio continues, “Maybe you will be the one to make all this suffering worth something in the end.” He sounds defeated, resigned to his destiny as a mere conduit of information for his future descendant. In AC Embers, this bitterness is still present, even though Ezio seems happily married with children, not to mention incredibly frail as his health continues to decline. It’s only when a young visitor seemingly gives him permission to rest that he finally passes on, accepting that he has seen and understood all that life has had to offer him. 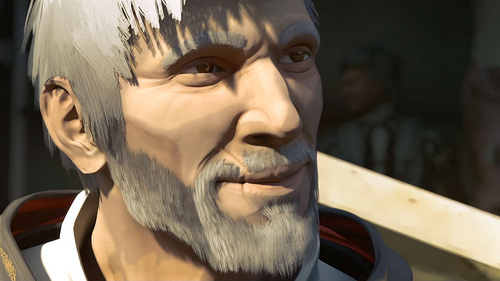 Video games have always asked us to do things: to save your family, to save the princess, or to save the world. The personal satisfaction we get out of playing them, and achieving such arbitrary goals, is solely determined by how much of ourselves we are willing to put in. You only have to point to the recent controversy over Mass Effect 3’s ending to see how invested players can become within these hand-crafted virtual experiences, and the kind of reaction those worlds can provoke if it doesn’t live up to a general expectation.

I can only imagine how difficult it is to walk that fine line between artistic merit and audience satisfaction, and Ubisoft carefully hovered over that line as it continued to tell Ezio’s story. While these games were far from being a failure, sometimes I couldn’t help but feel that Ezio was being purposefully dragged through the dirt in an effort to squeeze out more games and profits at the expense of the Desmond storyline everyone’s been waiting to play. It’s actually scary how much of my experience with the last three games parallels Ezio’s own feelings toward the end of his life.

Now that the upcoming Assassin’s Creed 3 is just over the horizon — featuring a new hero, new mechanics, and a new point in history to explore — that ultimate finale sounds like it’s at least a few more games away. I am genuinely looking forward to what the new assassin will bring to the table, and 18th Century America is a refreshing departure from the architecture in Europe. I just hope he doesn’t have to suffer through the same tragic fate of declining sequels as Desmond’s previous ancestor had to go through.

Requiescat in pace Ezio. For better or worse, you have truly served your purpose.

Obituary is a new column examining the life and death of videogame characters, and how their presence affected the game(s) they starred in. Have any suggestions for future coverage? Feel free to leave a comment below!