Video game music, if you have ever read my articles you will know how much I love the melodies that accompany our galactic adventures, or even our deepest dungeon expenditures. So today I shall be breaking down my top 5 favorite game soundtracks. From my adolescence where SNES and N64 ruled my time, all the way to more recent favorites of mine. So please strap in and enjoy as I breakdown what has brought joy to my ears and maybe some of yours.

#5: Sword and Sworcery LP: Ballad of the Space Babies 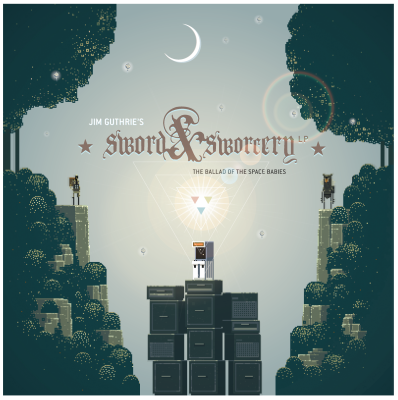 First off, yes I know it is an iOS game, but this soundtrack is absolutely stunning for a mobile game. This first thing that stood out to me is that even though the graphics in the game are very reminiscent of the simpler days, the soundtrack is surprisingly not as chiptuney as I first thought it was going to be. Don't get me wrong, there is still plenty of old school goodness in here, but much of the soundtrack is instrumental and almost orchestral sounding. The later tracks also provoke a very chilling and yet upbeat feeling with what sound like screams, children laughter, and a sole robotic sounding voice talking about "getting older". All in all a great piece of musical art in an otherwise barren mobile medium. 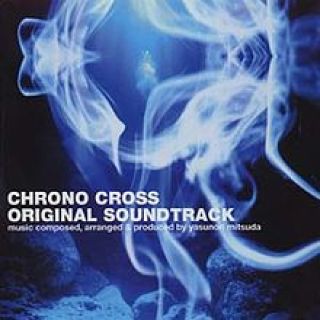 If any of you are in any way into listening to game music then it would be almost sinful not to have listened to this masterpiece. Chrono Cross, to me, is the epitome of great jrpg music. It has it all, from the relaxing melodies of "Star Stealing Girl" to the upbeat bravado's of "Voyage Home World" this soundtrack in my eyes (or should I say ears) had it all. Many people out there say that Chrono Trigger had the better soundtrack, and while it did have a wonderful OST, and was ultimately a better game the Cross, Something about Chrono Cross' soundtrack just struck a chord with me. One that has not yet been struck again by any other jrpg.

I know that technically Fez's soundtrack isn't set to till next week, but having played the game some, and listening to the whole soundtrack on Spotify I can already tell that this will be a very frequent visitor to my ears for months. The best way I can describe this soundtrack is nostalgia induced, chiptune magic. Listening to this while I was out and about today brought me to a place in my adolescence where I could enjoy the 8-bit tunes and games for hours on end without a care in the world. But alas those days are no more, it is a sad realization. Fez certainly is a joy listening to as much as it is playing and this soundtrack definitely takes the actual game to a level that sets it apart from many XBLA games currently out. Everyone should at least give the song "Forgotten" a listen to which in my opinion is the best track on the OST.

Despite the uproar that Mass Effect 3 has stirred as of late, there is one thing that even the most cynical fans agree on, and that's that Mass Effects music is always good. Now I may get some hate for including this over some of the other ones on this list, but for me, the music is what makes the game.

The composers know to evoke the player and take them to distant planets using there beautifully  orchestrated  pieces. It truly is the context that these tracks are put in that make them special. I can't imagine making my way through the ice planet Noveria without the sense of seclusion that the music gives it. And yes, even though it has been way overused at this point, we all secretly love that galaxy map music. 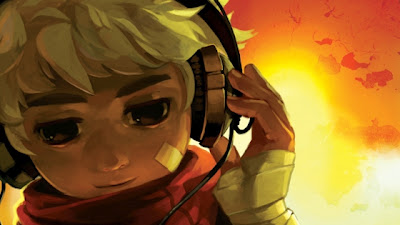 Ah yes, for some of you familiar with my earlier game music articles, this won't be a surprise. But there is a reason I have praised this games OST so much, because it really is that good.

Throughout the tracks it is apparent they wanted to give off a sort of western-twang to go along with the more calm tracks in this masterpiece. I think the part that stood out to most gamers is the fact that there are actually sung lyrics in this game. Now to be fair, listening to the lyrics on your MP3 player won't be as epic or chilling as when you first encounter them within the game, but they, along with the whole soundtrack are definitely worthy of all the praise it has been given. There is no doubt in my mind that this was the best soundtrack of 2011 and will be my favorite for a long time to come.

And that's it! Thank you all for reading and I hope you all enjoyed. Feel free to add your own top 5 lists in the comments section. For now and like always stay beautiful!!!!!