When you think of Next-Gen consoles what's the first thing that goes through your mind? Is it a graphics powerhouse capable of rendering textures that could trick the eye into believing it reality? Do you think of top notch animations? Making even the most robotic characters spring to life as if you were playing a living, breathing person. Maybe you're just excited for a hopefully improved Netflix UI. Whatever your niche may be, the future is fast approaching, and with it comes exciting new possibilities for the console landscape.

The thought of playing a console game, that looks and plays like a PC game, is an exciting one. The thought of playing these games on a 42 in. LCD, from the comfort of your couch, is even more agitative. Now obviously PC will always have the upper hand in terms of visuals because its more open source, but even having the visuals that PC has today, is exciting. There is no denying that games like Battlefield 3 and The Witcher 2 are exceedingly better looking on computers. 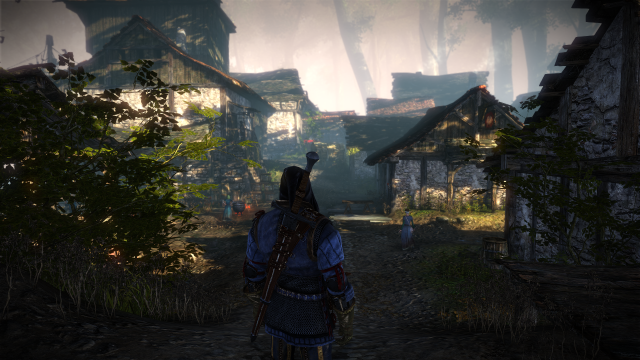 While graphics are great and everything I think, for me, the most exciting prospect of the “next generation” will most certainly be the new IP’s. Yes, we all know that as long as there is gaming, larger than life franchises, such as Call of Duty, Halo, and the Elder Scrolls series will forever be around in one way or another, but as with all new technology, there is new software to go with it. It’s much safer to release a new IP on a console that hasn’t had time to start soaking in large franchises, and with all the new hardware it gives developers much more of a chance to make the IP “epic” or any other form of the word you want to use.

But lets not forget the good that a hardware boost will do for existing franchises. Assassins Creed was already quite groundbreaking with its crowd control technology. It's exciting to think about what games like this could do with the new tech. Imagine Skyrim but with grander vistas, Battlefield but with much larger and epic battles, it’s all quite exciting.

Now, having good hardware is one thing, but you also need a driving force behind it, this is where the developers come in. We all know that as this generation went on, the games started playing better, and looking much more crisp. This wasn’t necessarily because the consoles were getting better hardware, but because the developers were learning how to take advantage of every part of the console. If you compared a Gears of War, to today’s Gears of War 3, you would notice the difference. For this reason it's not likely that the first year or so of games on the new consoles will produce groundbreaking visuals or anything , but give it time.

Whether you're excited of the next-generation, or simply wish to play your 360 till the end of time, there is no doubt that this generation is coming to a close. With Nintendo releasing more info about the Wii U at this years E3, and a handful of developers already working on “Next-Gen” games I believe that we will probably start going in full force around the middle of next year. Do I know exactly how the future will look? No, but from where I’m sitting it sure looks promising.