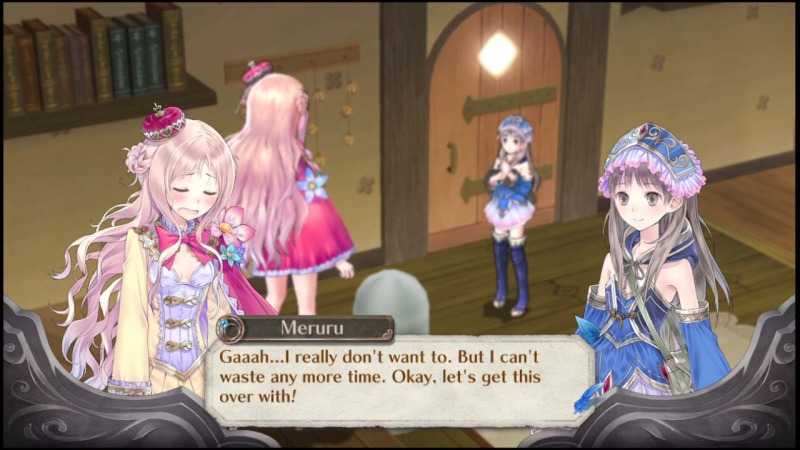 NIS provided a copy of Atelier Meruru for this review

Girly Japanese role-playing games and I don't mix. That's mostly because they aren't really intended for girls (considering the level of sexualization applied to canonically underage females). That sort of game lives in the dark part of the RPG universe, and for years I've tried to understand the appeal.

Since I recently overcame my issues with Namco Bandai's Tales series, I thought now would be the perfect time to return to an age-old girly RPG nemesis: the Atelier games. Rather than starting with Atelier Iris on the PlayStation 2, I decided (in my infinite wisdom) to jump into the tail-end of the three-game series on PlayStation 3.
And now I am deeply obsessed with Atelier Meruru, all because it's the first time any of this nonsense makes something approaching sense.
Atelier Meruru (the second part of the title is actually the protagonist's name) is the third installment in the Arland saga that takes place in a country slowly using alchemy to advance technology. Meruru's story takes place in the tiny frontier kingdom of Arls that isn't as advanced as the rest of the country. She's the princess, but she'd rather be an alchemist. Of course, her rambunctious nature leads her to a serious problem: Does she use alchemy and try to advance her kingdom or does she give up the practice and become a run-of-the-mill princess?
The Atelier series revolves around characters trained in alchemy, or item synthesis. They spend their days gathering items in the wild in hopes of making better and stronger stuff. Alchemy can literally do anything from baking pies to making cloth. That's only surprising because alchemists use cauldrons of bubbling liquid to synthesize. Cauldron pie, anyone?
Meruru is the first time any of this has made sense to me. Its explanations and tutorials really aren't that much better than Atelier Rorona and Totori (the preceding PS3 games) but the interface is a lot cleaner and just more accessible in general. It really feels like Gust, the studio behind Meruru, finally got the hang of presenting alchemy information in an easily identified way. 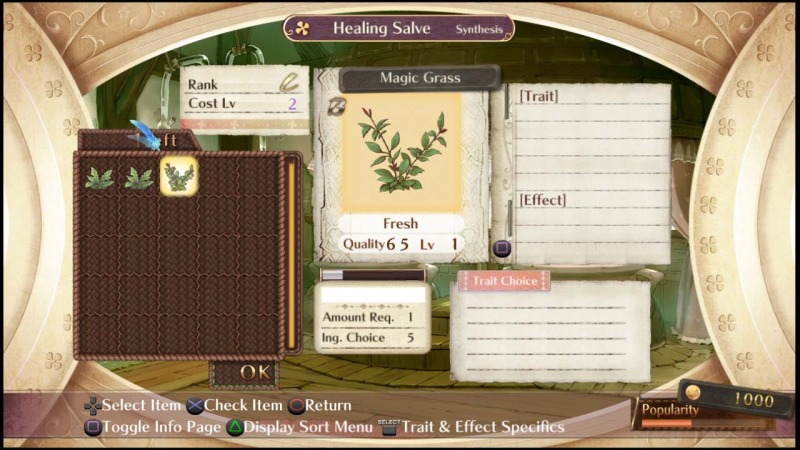 When making items is the single most important aspect of your game, it behooves you to make it logical — if not absolutely transparent. Meruru's interface makes it very clear: You need such and such item in this quantity in order to make that particular item. Making complex items will gobble up a lot of precious time and stamina and can't be done consistently. Being able to clearly and easily identify these elements makes budgeting in-game time much easier.
And time is a precious thing to the Arland saga. Each character, Rorona, Totori, and Meruru has three years to complete a larger goal. For Rorona, she had to restore the reputation of her master's alchemy shop in three years or be banned from Arland. Meruru has three years to expand Arls substantially or risk never practicing alchemy again. While repeating this mechanic across three games is tiresome, I feel Meruru's spin on the time constraint is simply built better than its predecessors.
Atelier Rorona's world felt very boxy and unfinished compared to the elegance dripping from nearly every menu and screen in Meruru. The princess is categorized as an obnoxious, overzealous teenager and that vibe actually caries through into the design, making everything bright and happy. 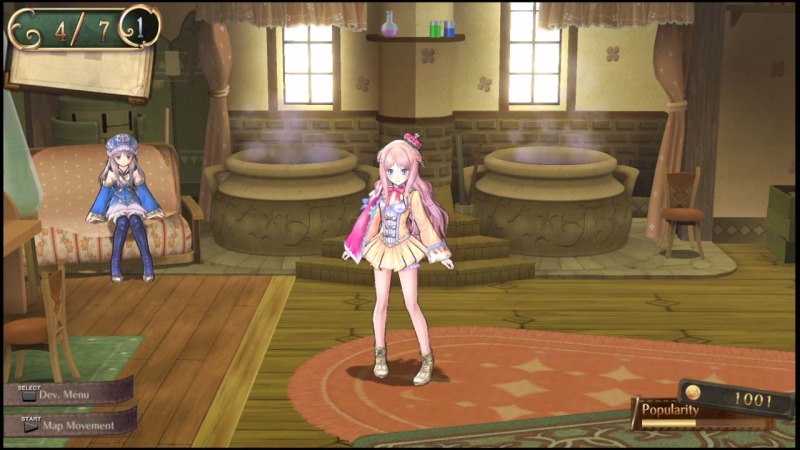 Meruru throws you into the mix, challenging you to learn on the fly and work your butt off with only a minor bit of explanation. That works so well I've played through Meruru twice now where I'm only halfway through my first quest in Rorona.
Where Atelier Rorona felt stuffy and unsure of itself (much like Rorona in the game, honestly) Meruru is exploding with color and determination. This energy definitely aids Meruru's accessibility, especially since my biggest complaint about previous Atelier titles is that they are too slow and heavy-handed with exposition.
Atelier Meruru can be a little too bubbly, though. The music and voice acting are like two horrible drills burrowing haphazardly into your skull. Tinny, terrible recorders blast Meruru's theme anywhere and everywhere while somehow growing louder anytime a characters speaks. But it's not like you want to hear them. Every character is agonizingly over-acted in the same way many anime dub tracks just don't jive with the animation. 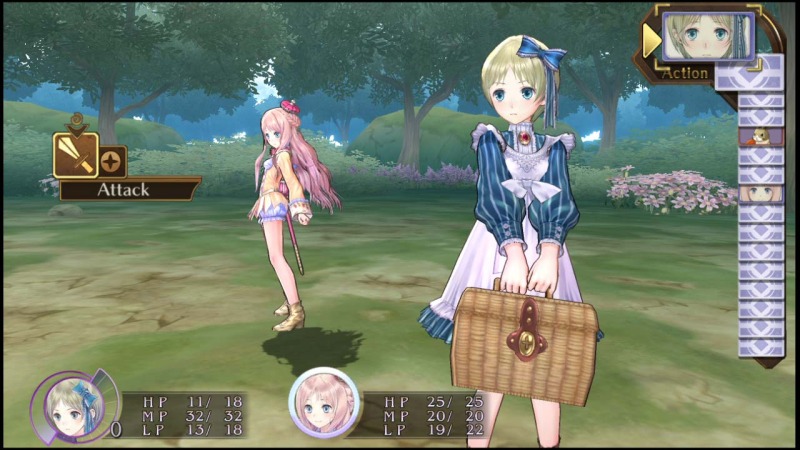 My advice is to quickly change the spoken dialog to Japanese then immediately drop the music and vocal levels so they're nothing but a murmur as you run around. You can change the background music but that's just a choice of which constantly droning instrument you hate least.
The more I think about Meruru the more I want to go back and play it. The interface is just so refreshing after slogging through Tales of Graces F and Eternal Sonata and it has completely changed my mind about the Atelier series. If I don't pay too much attention to how the creepy older alchemist woman really loves 14-year-old girls, I can even kind of get into the story.
God, I hope this wasn't just a fluke….