I can’t decide whether to despise MLG (Major League Gaming, in case you can’t read that massive banner) for trying to turn my favorite hobby into a contest, or passionately support their cause to bring competitive gaming to the West.

The MLG, for those of you unfamiliar, is a sports league unlike any other. They organize tournaments for popular competitive games such as Call of Duty or Halo, complete with large cash prizes. Just like the NFL or the NBA, teams composed of gamer “athletes” (I know, it’s a bit of a stretch) train for these events. Some of the tournaments have even been broadcast over ESPN.

This always makes me wonder, is the MLG helping to legitimize gaming?

Anyone who knows me, knows I love gaming (it’s almost unhealthy). It would probably be more accurate to say that I eat, sleep, and breathe videogames. I’ve been playing for as long as I can remember, and I don’t intend on stopping anytime soon.

I love the direction that games are headed. Triple-A and indie games coexisting, videogames being declared art, and new and unique games coming out constantly – the games industry is headed in a fantastic direction. But I can’t decide whether or not the MLG is a part of that.

I have to wonder if this might be how racing fans felt when racing was made into an official sport. Decades before I was born, racing was a much smaller sport. Most competitors truly loved the sport, and would have raced even if they weren’t paid. It was the love of the sport that kept them going. When racing became more organized though, things began to change. Rules were imposed, and eventually racing became a career, instead of a passion.

Of course there were positive things about racing gaining popularity as well. Televised races, merchandising, and more fans than ever – just a few of the things NASCAR (and other various racing leagues/associations) did for racing. A pretty great trade-off if you ask me. But some would say it took away the love of racing.

Any of this sound familiar? The MLG is doing the exact same thing for gaming. Unfortunately, just like racing, being in the spotlight has its drawbacks. It seems like I can’t go online in certain titles anymore because they’ve just become too competitive. Well, that and the twenty-something-year olds screaming how “MLG” they are. The uber-competitive spirit has completely engulfed some titles.

But I can’t ignore the positive; the MLG is good for gamers. Not only does it give those seeking a more competitive atmosphere somewhere to go, it gives us something to watch. Imagine if one day America watched competitive gaming like baseball of football. Wouldn’t that be awesome? 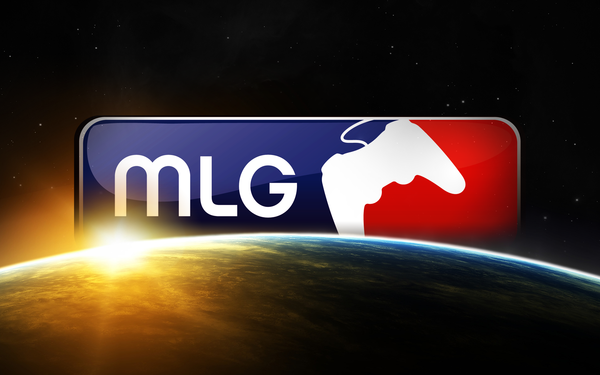 Maybe this is just part of maturing; I’m learning to share my favorite medium with others. And despite anything anyone dislikes about the MLG, they are helping to expand gaming. Not everyone is going to agree that it’s a good thing, just like how not everyone agrees on games as art, but we have to accept that the games industry is changing.

What was once a child’s plaything is now a multi-billion industry. Games are now art, and an official sport may be next. Some countries have already embraced videogaming as a sport, and who am I to say that it shouldn’t be?