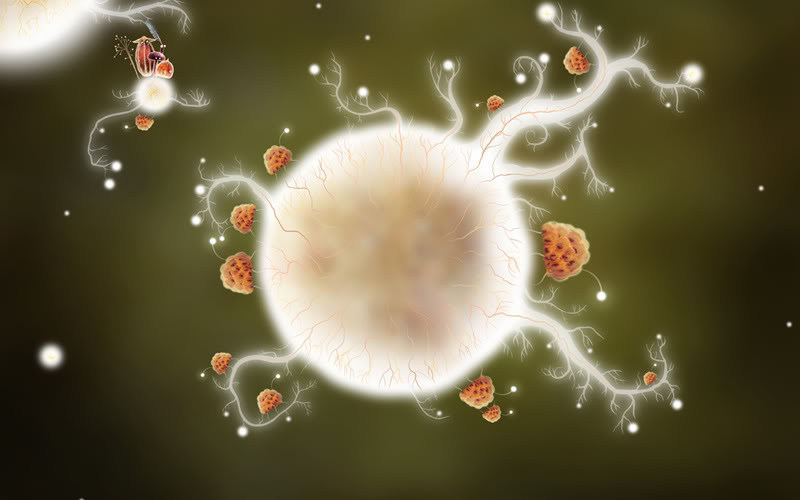 It's not that uncommon to hear that a musician you enjoy created the soundtrack to an upcoming movie. Hollywood has plenty of examples like Nine Inch Nail's Trent Reznor crafting the music for David Fincher's The Social Network, or Jonsi, the lead singer of Icelandic-post-rock weirdos Sigur Ros, making the score to Matt Damon shoveling up monkey poo (or whatever it is that happened in We Bought A Zoo). In the video game world, though, this sort of thing doesn't normally happen.

When a developers needs tunes for a game, they usually turn to composers or companies who've focused their careers on video game music, or they license out a bunch of existing songs from artists. Czech-developer Amanita Design, however, took a different approach with their newest point-and-click adventure and put the quirky band Dva in charge of the music and sounds of their game.

The music and video game industries were made for each other, and each year they collide in unique new ways. The Guitar Hero/Rock Band trend, games like Audiosurf that turn your music into gameplay, Chiptune music that incorporates the bleeps and bloops we gamers love, love letters to music genres in game form like Brutal Legend, and plenty more show that the two mediums are a perfect match. When games show their love of music, or music shows its love of games, the two can create beautiful things together.

And that's exactly what happened with Botanicula and Dva. I'd never heard of the band before playing the game, but their sound reminds me quite a bit of previously mentioned artist Jonsi's solo album, Go. The quirky, cheerful sounding menagerie of noises blending into some semblance of a song is pretty much the perfect pairing for Amanita's design aesthetic. 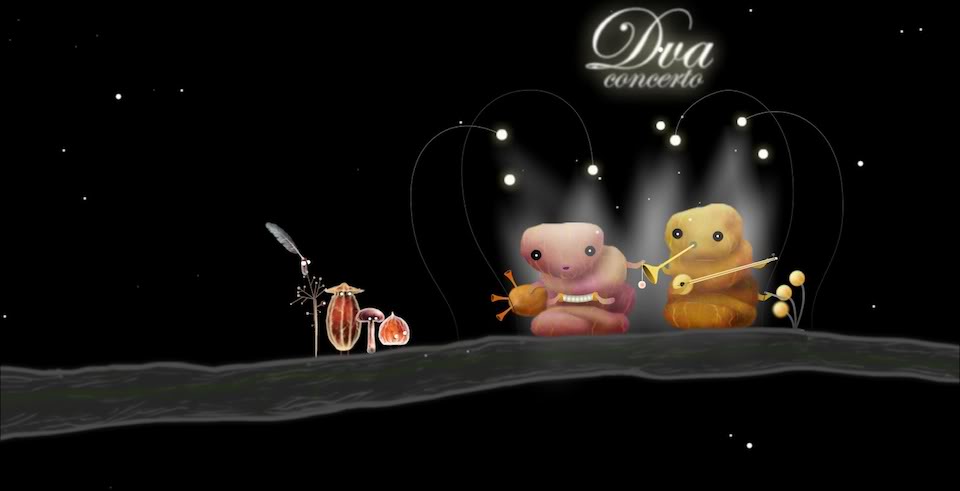 The Czech studio created a world full of crazy, alien creatures for the player to interact with and then left some weird alternative band to fill in the sounds they make. The result is an album with countless parts forming into one whole, whose individual buzzes, whistles, bangs, and coos I am more in tune with than any before.

Bands like Animal Collective, Sigur Ros, Liars, and The Paper Chase, are some of my favorites because they layer their music  with so many different noises that my ears are always picking up something I didn't hear before. With Dva's Botanicula soundtrack, though, I have a connection to a lot of those sounds. Often, I remembered the specific creature that made a certain noise whenever I clicked on it, or sometimes I had complete control over a particular track in the game by clicking on or off certain instruments by pointing my mouse cursor at the big bug-like things holding them.

It's a connection that expands on both the game and the album. A game's original soundtrack (OST) might make you nostalgic for when you first played it, but rarely does it go into more detail than that. With Botanicula, I can completely dissect the music along with the game if I so chose and further my love of both.

So why haven't more game developers entrusted the entire audio portion of their game to an established musician that fits into a similar vein of artistic output? Maybe it's because a lot of bands wouldn't want to take the time to attempt such a task, and it would likely cost developers a hefty chunk of their budget to convince them to do so. Perhaps the adventure genre is more unique to allowing this sort of collaboration because of the static environments and limited amount of player interaction.

I don't really know the whys or hows, I just know I'd love to see more similar musicians and game studios team up to craft video games whose worlds serve to enhance the music and vice versa. Got any awesome ideas of band/studio match-ups you'd love to see? Feel free to share them below.