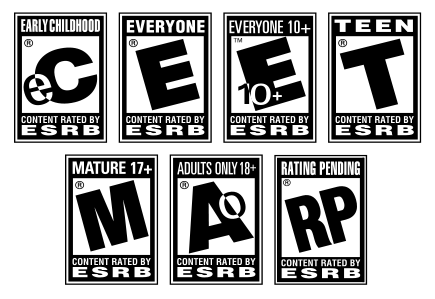 While laying waste to armies of gangsters Max Payne 3, I began to wonder why the majority of video games have the player committing some sort of violent act against other living beings.

If it isn't a puzzle or trivia game, I can't think of a single title that I own that does not have violence in it. While not all games are hyper violent, they can be violent to a certain degree. Take the Super Mario franchise for example – there isn't any graphic violence in those games but there is “Cartoon Violence”. Jumping on turtles heads and throwing their shells at other enemies, while it may seem silly, its still violence. This train of thought sent me toward the ESRB's website. In every single rating except for the, “early childhood games" hold some sort of warning about violence, from, “mild cartoon violence” to, “intense violence”.

This article isn't about the morals surrounding violence. The focus is the abundance of titles that use violent gameplay.

This medium of entertainment isn't the only one that has violent content. Film, TV, literature all have massive amounts of stories that revolve around violence and senseless killings. It isn't our generation either, violent stories have always been popular.

Going back to last year when the Supreme Court decided that video games were under first amendment protection – Justice Scalia wrote, “Certainly the books we give children to read – or read to them when they are younger – contain no shortage of gore.” He continues, “High-school reading lists are full of similar fare. Homer’s Odysseus blinds Polyphemus the Cyclops by grinding out his eye with a heated stake. In the Inferno, Dante and Virgil watch corrupt politicians struggle to stay submerged beneath a lake of boiling pitch, lest they be skewered by devils above the surface.”

Both of these pieces of literature are considered classics and are studied and critiqued year after year in academics, so I ask the question – are these pieces of literature any different from what we see in God of War, or Assassins Creed? The only difference is that of interaction, but if the player knows that the action is not real, it isn't any different than reading about the violence. 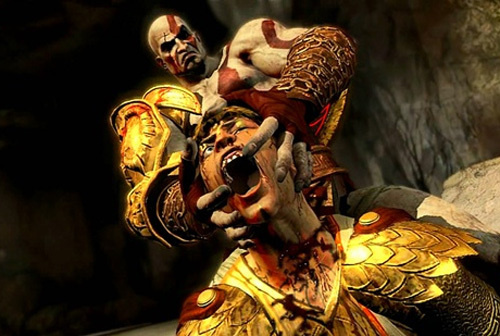 Perhaps one reason violent video games are so popular is because most of us do not live violent lives. Most of us have never been a soldier, detective, or a knight. We are average people who work 9-5 and from time to time turn our console on and play as one of these avatars. I doubt most people would want to buy a game that allows you to be a barista where the gameplay revolves around you pulling espresso shots and steaming milk. That isn't very imaginative. I'd rather play as a Wood Elf archer in the land of Skyrim.

Conflict could be a contributing factor to why violent stories are so popular. A combat heavy gameplay can bring up emotions that we hardly encounter in our own lives. For example – during some of the missions in Mass Effect 3, I would become furious at Cerberus, and wanted to take out as many of their operatives as possible. I wanted to make them suffer for the atrocities they were committing on innocent refugees. There has never been a time in my own life where I have had the opportunity to hold such power. In fantasy the power of violence can be exciting and at times fun, while in reality I can only imagine being afraid. This may be a reason why people enjoy violent games.

Do games have to be violent?

I for one applauded L.A. Noire for allowing players to skip the action scenes. Driving and shooting in that game never felt like the main focus while detective work took center stage in the experience. With a focus on non-combat gameplay it isn't a surprise that the game did not sell as well as Rockstar Games wanted it to. While other more violent installments by Rockstar such as Red Dead Redemption and Grand Theft Auto 4 had a history of selling extremely well. 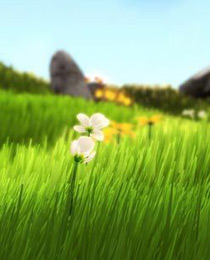 I for one believe that video games do not need violent gameplay in order to be successful.

Thatgamecompany's efforts such as Flower and Journey are boasted by players for being more mature, and having gameplay that doesn't follow a more common action oriented path. While both of these games have received amazing reviews and fan loyalty, they have not reached the popularity of more violent games, like the Call of Duty franchise. Is it a coincidence that the best selling franchise in history is also one of the most violent games on the market? I don't think so.

Is there any way to escape the violence?

Minecraft is all about harvesting blocks and using said blocks to create whatever your imagination can think of, yet there is still danger in the game. At night monsters arrive to hunt you down. Other than hiding in a fort, you must fight them in order to survive the night. In my experience with Minecraft the monsters became annoying so I turned the difficulty down to peaceful which eliminates all monsters leaving you in peace to build all day long. Even without the monsters, it is an amazing game. However, without the threat of creepers and skeletons Minecraft loses its sense of urgency. The fear that arises while the sun is setting is one of the greatest moments in the game.

I believe Minecraft can help us get closer to answering why most video games have violence. While crafting and building is fun in itself, the threat of a creeper blowing up your house makes Minecraft richer. The threat of violence makes you care even more about your creations. Perhaps this is why violent games are so popular. When you are fighting an opposing force, or fighting for a cause the experience can feel more profound.

What do you think about violence in video games? Let's keep the discussion open in the comments below.