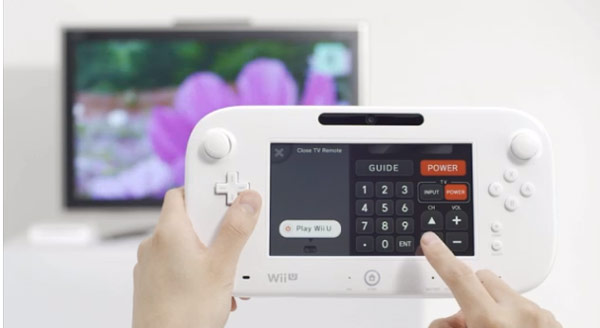 After watching the E3 press conferences this week, It is apparent that more companies are pushing to get extra devices into your living room. Whether it is a video game, a movie, or music, it seems that we now need more than one screen in order to properly enjoy our entertainment.

First off was Nintendo, who in their pre-E3 video showed some of the features of their new console, the Wii U. You can control your TV with the Wii U game pad, isn't that exciting? Too bad I already have a TV remote….Unfortunately, the controller is actually my biggest problem with the Wii U. The best video games make you forget that you’re holding a bunch of sticks and buttons, that way you are never taken out of the narrative and gameplay. Obviously, the Wii U completely destroys this. How can I concentrate on the game while I am switching between joysticks and a touch screen, as well as from that screen to my actual TV? This is just too much for me. To be frank, this system doesn't interest me at all. I do not need to be connected to other players or to multiple screens in order to enjoy a video game.

Microsoft is also joining the multiple-device crowd, with their recently announced SmartGlass project. SmartGlass allows you to connect your Xbox 360 with a smartphone or tablet device. For example, if you start a movie on your tablet while on a cab ride home, you can pause and start from where you left off when you’re back at your TV. You will also be able to control the Xbox 360's dashboard and check your Halo 4 stats in real-time with your smart phone. Do we seriously need this? Apparently none of us know how well we are doing in a multiplayer match without checking out the leaderboards on an iPad.

It doesn't even stop with Microsoft and Nintendo. EA announced during their conference that you will be able follow and update your teams in Madden through your smartphone. Do we really need to look at information about our video game football team while in a position where we cannot play the actual game? I sure don't.

Maybe I am missing the point. Coming from a gamer like myself, who doesn't own a smartphone or tablet, this prospect from EA and Microsoft seems pointless. Not only in application but also in price. I believe the co-creator of South Park, Matt Stone, said it best during Microsoft's own press conference: "How many times have you been watching an episode of South Park and thought, 'I'd like to watch this on my televsision, while hooked into my mobile device, which is being controlled by my tablet device, which is hooked into my oven, all while sitting in the refrigerator'?"

I, for one, have never thought this. I have also never thought of needing more than one screen to play a video game. Whether this push for more devices is a ploy to sell more products or that they actually think it can enhance our entertainment, I'm not biting.  Maybe I am just old school like that.

Let me know what you guys think about this new trend in the comments below.