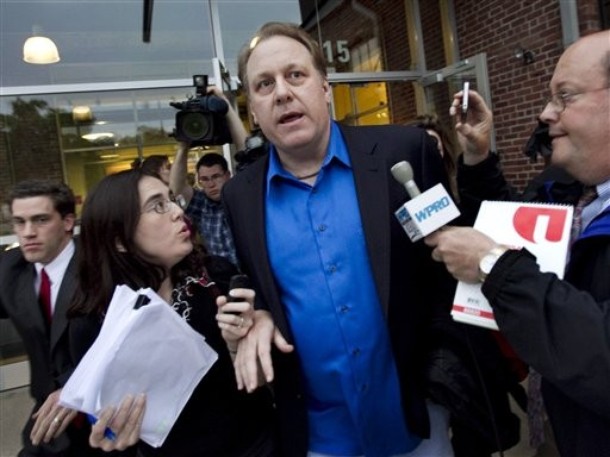 38 Studios is no more. With the studio declaring bankruptcy and a recent letter of a former employee's wife made public, it is clear a lot went wrong. There are only two words that can describe the fall of 38 Studios. Ignorance and negligence.

The government of Rhode Island showed a decent amount of ignorance. This whole mess began when the state gave 38 Studios a 75 million dollar loan under the condition that 38 Studios would move to Rhode Island. This was apart of an economic plan to bring more jobs into the state.

Rhode Island shouldn't have given an unproven developer such a high loan. I surely hope that the state did think that 38 Studios could make the next World of Warcraft. The MMO sector of this industry is already too crowded. And only WoW is the only title making a good profit. It cost Bioware around 300 million dollars to produce Star Wars: The Old Republic, and even though this particular MMO is considered successful, players are leaving the game at an almost alarming rate.

Would it have been so hard for Rhode Island to hire a consultant on the video game industry. Funding not only an un-proven developer, but one that is making an MMO from scratch is an extremely risky investment. Perhaps some diligent research could have saved the tax payers of Rhode Island a lot of money. Since 38 Studios went under, it is now the tax payers responsibility to pay off the loan. With interest, the loan will cost 112.6 million dollars.

One of the most interesting statements was from Governor Lincoln Chafee. Talking about Kingdoms of Amalur: Reckoning the governor said, "The game failed". I sure hope he was talking about how it failed to meet their ridiculous goal of three million copies sold in 90 days. It is very rare for a new IP to sell that many copies in that amount of time. The game was not a failure, it just wasn't an astonishing success. This statement alone shows the government of Rhode Island's ignorance of the video game industry.

Recently a letter was released by a 38 Studios employee's wife. The letter contains a look on how badly managed this studio was. It is known that the studio failed to inform the staff that they would not get paid, or that their insurance wasn't being paid for. However, this letter shares a grim look into the lives of those who were effected. The wife who wrote this letter told the tale of how they were stuck with their moving expenses. A bill that 38 Studios had promised to pay. This is only one story several about how 38 studios failed to inform and take care of their employees.

The fall of 38 Studios is an example of a company that does not know how to run a business. They had a large overhead with now potential income. How could the management team not see this happening?

In a way to receive some income, 38 Studios purchased Big Huge Games and made them convert their current project into Kingdoms of Amalur: Reckoning. Even though the game received positive reviews and sold well for a brand new IP, it wasn't enough cash to keep 38 Studios out of the red.

If 38 Studios had a more diligent plan from the beginning, and the state of Rhode Island had done more research, these events could have been avoided. Let's just hope that others can learn from this affair, and not repeat the same mistakes.