Innovating a franchise usually goes one of two ways. It can crash and burn, or breathe new life into a tired franchise. LEGO Batman 2: DC Super Heroes is most definitely the latter.

While Lego Batman 2 has some minor hiccups, overall it is a breath of fresh air. With the inclusion of voice acting, and open world exploration, it is easy to see the future of the Lego game series. These new additions make this the best entry into the Lego franchise so far. 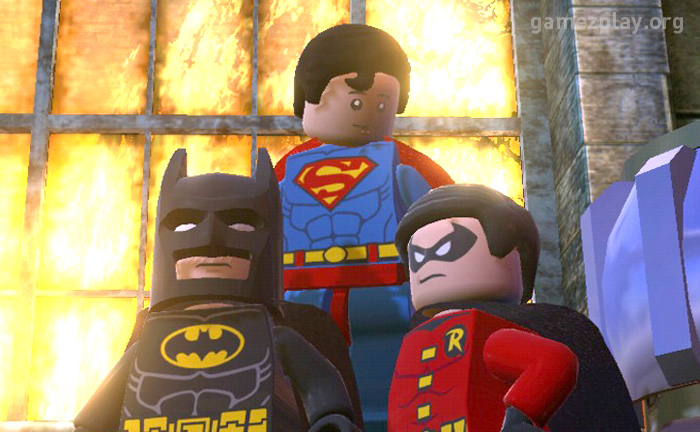 Jealousy runs deep in the DC universe. This is very apparent when Lex Luthor loses the 'Man of the Year Award' to Bruce Wayne. He is so upset that he decides to team up with the Joker. These two new allies begin a plot that will help Lex cheat his way into the White House during the upcoming Presidential election. With such a deadly alliance Batman has to team up with his Justice League colleague Superman.

What sells the experience is the new addition of voice acting. The quality is on par with blockbuster titles, yet the characters retain their cute Lego style. Don't worry, all the staple Lego shrugs and cheers are still there. The best part of the game is the banter between Batman and Superman. Superman's perkiness and Batman's broodiness mix so well. An alternate title for this game could have been, “Lego Batman: The Odd Couple.”

The story consists of 15 levels and will take you anywhere between 8 to 10 hours, more if you are like me and have to find every last stud and mini-kit in each level.

The gameplay is typical for a lego game. You beat up bad guys, solve puzzles, and collect bolts and mini-kits. The purchasing of characters and vehicles also returns. However, this time around Traveler's Tales has implemented an open world. With the ability to explore Gotham City you are given a richer and more fully realized experience. What makes the open world great is the amount of exploration. This is where you will find all of your Lego staples: red bricks, unlock-able characters and vehicles. Each area of the map holds different puzzles and a classic DC villain to apprehend. You can expect spending many hours trying to solve each puzzle and to gather all the collectables. 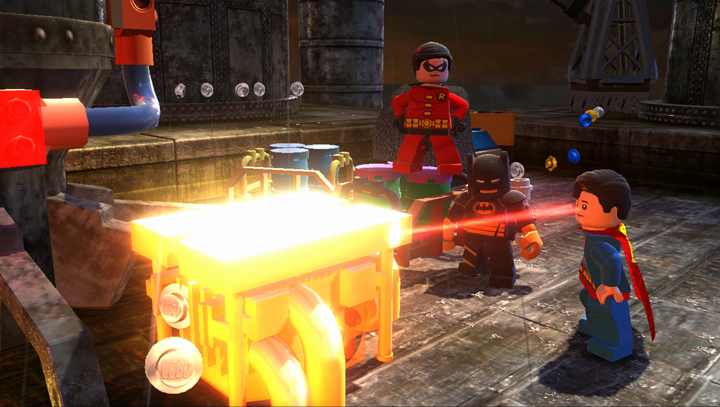 However, there are a couple hiccups with the open world: the flying mechanics and the world map. The flying is a bit touchy in the open world setting and is difficult to land with accuracy. If you want to land on top of a skyscraper with Superman, get ready to for several landing attempts. Strangely, the flying within story levels works fine. The controls feel tighter and more polished than it's open world counterpart.

The second hiccup is the world map. Maps are key for an open world, you need to be able to tell where your character is and where you are going. This isn't the case in Lego Batman 2. While the map is detailed and and you do get a general sense of location, it is hard to pinpoint a certain location on the map, let alone find your marker on the mini-map. Also you have to go through the pause menu to even access the map. I know this is a minor gripe, but after hours of exploring it can get annoying.

Not only does the open world set this title apart from the previous Lego Batman game, so does the inclusion of Superman. His superhuman abilities make the gameplay more in tune with Lego Star Wars and Lego Harry Potter – something the previous Lego Batman was missing. And the DC comic nerds can look forward to the inclusion of the entire Justice League.

Lego Batman 2: DC Super Heroes will be the catalyst for future Lego games. For the first time we have full voice acting, and an open world to explore. While the open world presents a few problems, the issues do not tarnish the experience. Lego Batman 2 isn't only the best Lego game thus far, it is also one of the best Superhero games available.