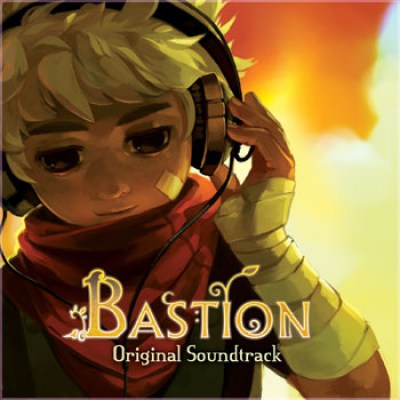 Bastion is a beautiful game, there is no doubt about that. Whether it's the way the world slowly comes together around you, or just the way everything seems to be bursting with color in the post-calamity world. The one thing, among many of the game's virtues, that really stood out to me, was its wonderfully crafted soundtrack.

Although Bastion had many great tracks, I chose Spike in a Rail because I believe it is the best representative of, not only the game as a whole, but also the soundtrack. This track's simplistic, southern-twang nature gives the game a very certain feel that continues throughout most of the game. Its tune is also very easy to get stuck in your head as you go on with your day. The most important part about this track, is the way it can be conveyed depending on the context of the game. It can convey a feeling of loneliness, something that the player feels right up till the end in Bastion. It can also convey a sense of adventure, with the more upbeat parts of the song. Unfortunately many people tend to overlook this great track because it is placed directly before another great track in Zia's Theme, which also happens to be probably the most memorable track for its beautifully sung lyrics, a rarity for an indie game, and video games in general.

Bastions soundtrack is on many levels, truly a game music masterpiece, but I believe Spike on a Rail simply stands out among the rest of the songs as the  best, and well placed song on the soundtrack.