A few weeks ago, I was watching a video of Spec Ops: The Line, and as I was reading the comments, something struck me. Not many games have Americans as the enemy. Oh sure, maybe if you’re the villain, or if you’re playing the game online, but how about while you’re playing as the “hero”? Developers are quick to use: Arabs, Russians, Chinese, and Koreans, but almost never Americans.

Now, I have nothing but the utmost respect for our military. I’m quick to defend their actions, and normally willing to overlook their faults. The men and women who put their lives on the line have far more courage than I, and I’ll be forever indebted to them for protecting our country. But the fact is that is we’re not just fighting other ethnicities or countries, we’re fighting people.

Hopefully we’ve learned by now that just because someone is a different color, from a different country, or speaks differently doesn’t justify genocide. People do bad things, not just everyone (excluding us). But I still can’t help but cringe when I see them portrayed as the enemy. 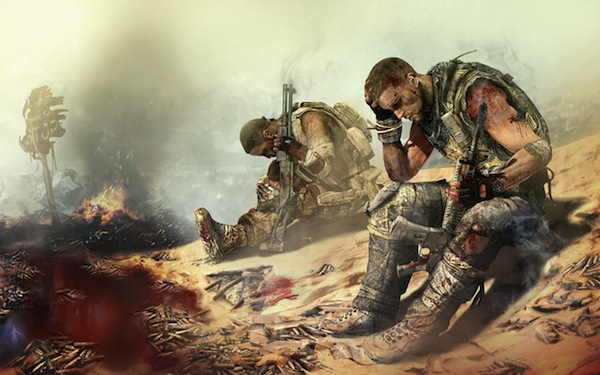 It’s not like I won’t play games that have Americans as the enemy — I played through all of Modern Warfare 2, I killed soldiers in Half-Life without hesitation, and I fully plan on playing through Spec Ops: The Line at some point – but I always question how I should feel about it. I mean, my brother was in the military (don’t worry, he didn’t die). This topic is too close to home for me to be left unanswered.

On the one hand, having our soldiers as the enemy brings up deep, hard to answer questions that can really intensify a game’s story, just like Spec Ops. No one is perfect, our army isn’t infallible (shocking, right?), and as long as it’s done respectfully, it’s a perfect respite from murdering all the Arabs, Russians, and Asians. It’s unnerving, disturbing, and perhaps even more terrifying than some of the scariest horror fiction. Not only is this an absolutely perfect way to bring back meaning to the shooter genre, but to storytelling in games as well.

The problem is that it isn’t always as well implemented as it is in Spec Ops. Done poorly, *cough* MW2 *cough* this kind of twist feels like an unnecessary attempt to be intriguing, profound, and edgy. I don’t want to kill American soldiers, and hopefully you don’t either. If they’re the enemy, it shouldn’t be because the story writers are thinking: “L0L WE MAD3 A GUD PL0T TW!ST, WE RE SOOOO AWESUM!”

This isn’t something that can just be used just for the sake of using it. There’s a very thin line that has to be walked, and the line hasn’t even been drawn yet. Respect and disrespect, public outcry and advancement of the medium – You never know how people will take it. A single moment or instance in an otherwise brilliant game can set the media on fire with stories of gross immorality and violent videogames’ ill-effects on children. 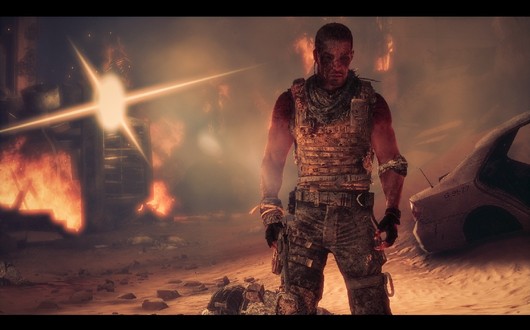 The reward is miniscule compared to the risk of possible backlash, and, honestly, that’s how it needs to be for now. Otherwise, it’ll just become another tired cliché. Companies are far too quick to cash in on the latest craze, and this can’t become their next target. Unless they're going to take this seriously, developers should stay as far away as possible from this plot twist. The army deserves our respect and admiration, not defamation.

What do you think? Post your opinion or experience in the comments!