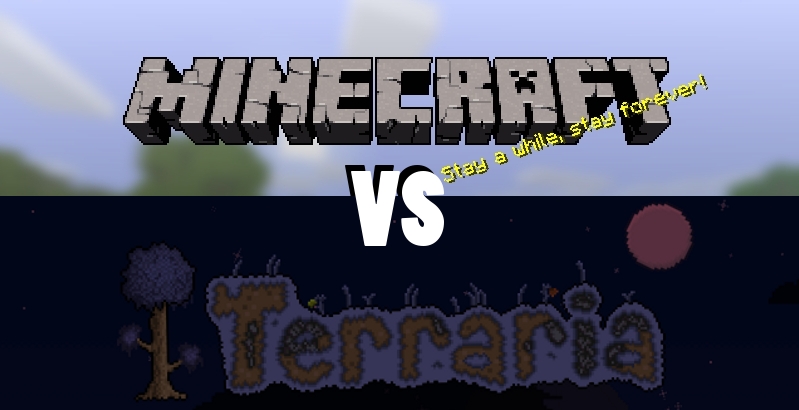 Two popular Steam-based Indie games that have earned their share of fan spotlight have yet to settle the score as to which one is better. Most of the original players of the 3D adventure game "Minecraft", developed by Mojang AB – a Swedish Indie company – refuse to accept the fact that the so-called '2D counterpart' mine-build-explore production "Terraria", devloped by Re-Logic, is its own game. 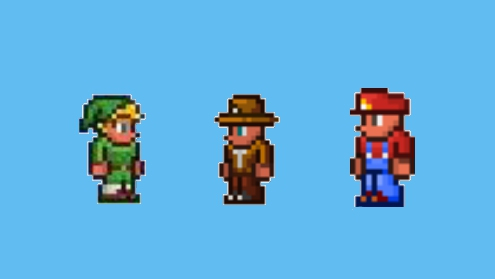 Ever since the release of Terraria on May 16, 2011, it has become a flame war between followers whether the game was developed as an independent project, instead of a '2D ripoff' of the 'original' game Minecraft. The exploration/RPG theme elements suggest that Re-Logic did indeed develop inspiration derived from Mojang's product, as well as what some may claim as copyright infringement on original and famous Nintendo characters and franchises from the design of some of the in-game vanity costumes, as well as against Indieana Jones (heh heh, wordplay). Similar environmental aspects such as blocks and mechanics are the main reason for this disagreement; at first glance, Terraria appears to be sprited using simplified Minecraft textures.

However, for the new or open-minded users who choose to buy the game (which is priced at roughly half of Minecraft's price, coming in at $9.99USD to $27.37USD, and regularly discounted to 25-75%, DRM-free) the experience is unique and challenging. Take a look for yourself in the recent "1.1 Gameplay Trailer" at the content the game offers:

Personally, I believe that watching this trailer shows a lot of opportunity and uniqueness compared to Minecraft, and well worth the purchase (sadly, however, development for Terraria has stopped, as its creator and main developer Andrew "Redigit" Spinks has disbanded the group for family reasons. While the game may look unique, still, those who are too stubborn to let go war on.

What do you think? Which side, if any, do you take? Is the 'infringement' worth acting on? Are 'Minecraftians' being silly, or do they have a valid point?