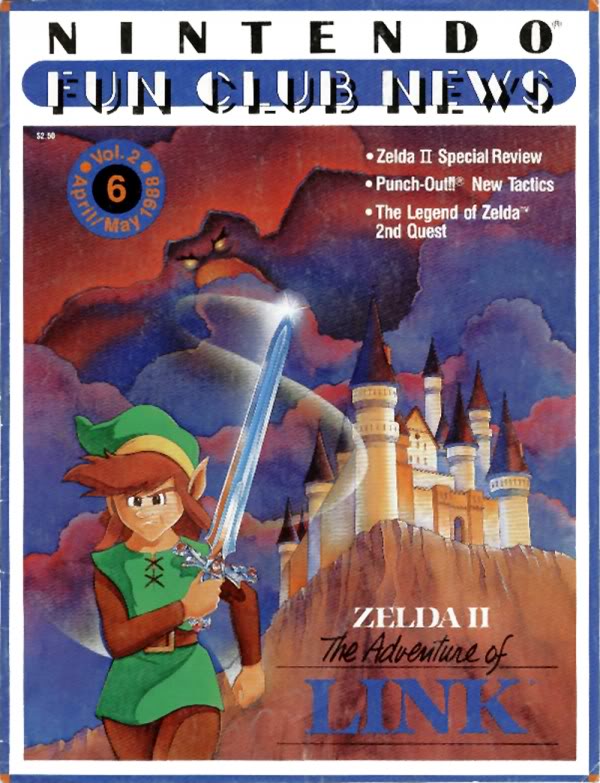 As a child in April of 1988, there was nothing more exciting for me than receiving my first issue of the free Nintendo Fun Club News. My family had one of those centralized neighborhood mailboxes, and I was allowed to check it on the particular day it arrived. As I pulled out the mail, the first thing I saw was some awesomely ‘80s Zelda 2 artwork. I ran back to the house, newsletter in hand, leaving behind a key hanging from an open mail door with less important mail (like bills) peeking from inside. My mom made me go back. That run took forever.

I loved Nintendo, and the Fun Club News was like they were reaching out to me. A love letter stamped with hearts in the shape screenshots for games that I needed to beg my parents to buy. Over the course of the next couple of months, I received two back issues (which swept me off my feet) and the underwhelming final issue. That was right about when Nintendo simultaneously kissed me on the mouth and kicked me in the shins. No more Fun Club News? But in its place there would be a real magazine that was three times as large? And I have to pay for it?

I asked my mom. She said no. I asked my dad. He also said no.

Thankfully, the first issue of Nintendo Power still found its way to my house, as a free gift to former Fun Club subscribers. It was a glossy-paged handcuff that I could not leave a room without. I was 11-years-old and still hadn’t been introduced to Playboy and lingerie catalogs, so Nintendo Power was my thing. 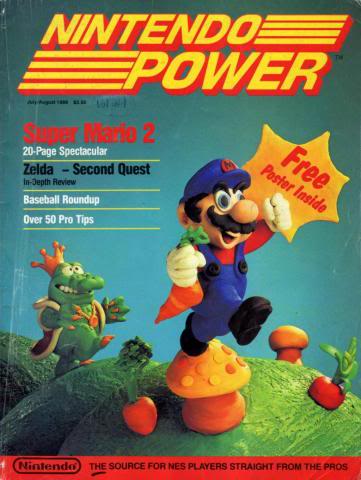 It contained information on The Legend of Zelda’s second quest, Gauntlet, and a baseball game feature that made me want Bases Loaded. This magazine introduced me to the Konami code, helping to make Contra the game I’ve finished more times than any other. However, the most dog-eared pages of that magazine, by far, were for the cover story on the upcoming Super Mario Bros. sequel. I studied those pages day and night. I read it in the car, on the toilet, and at the dinner table (yeah…in that order). I couldn’t put it down.

I don’t know how I convinced my parents to subscribe for me. I don’t remember badgering them anymore about the subject, and they had denied my requests enough that I knew not to further the point. I’d like to think it was the “wonder of a child” glow I had when I perused the pages, or the fact that it was my constant companion for a month. Actually, it was probably the fact that the cover and pages were so wrinkled and gross from use that my mom wanted to make sure a cleaner magazine took its place every now and then.

The next few months brought the infamous Castlevania 2 cover issue and its decapitated Dracula (which did kind of freak me out), and more Zelda 2. Later years would feature Super Mario Bros. 3, DuckTales, and my introduction to Maniac Mansion (a gateway to the wonderful world of PC adventure games). The magazine even granted me many subscription freebies, from a copy of Dragon Warrior to strategy guides and pins.

Nintendo Power was a big part of my childhood. It was mail for me in a time when getting snail mail as a kid mattered. It wasn’t a catalog my parents passed off as mine, it actually was mine. The magazine was always filled with information that was very pertinent to me, and ads that consistently grabbed my attention with games that I wished I could have. The back cover for many issues was always one I would stare at and wish I could play that game, and that game, and that game….Choose your next challenge, indeed!

For many, the magazine was a special part of being a kid. It doesn’t matter if they were reading it in the NES or Nintendo 64 era, or if it was the handhelds that held their sway, if someone loved Nintendo, they loved Nintendo Power.

In December of this year, as if it were following the Mayan calendar, Nintendo Power will cease publication. There are no plans to continue. Honestly, it really isn’t needed anymore in a time of Facebook and Twitter. Everything that would have been within its pages is readily available online at any given moment, but I will always cherish that time in my life when I waited anxiously for the day that a new issue would arrive and introduce me to things I hadn’t heard about until turning to that page. It was exciting. It was pure. It was my childhood. 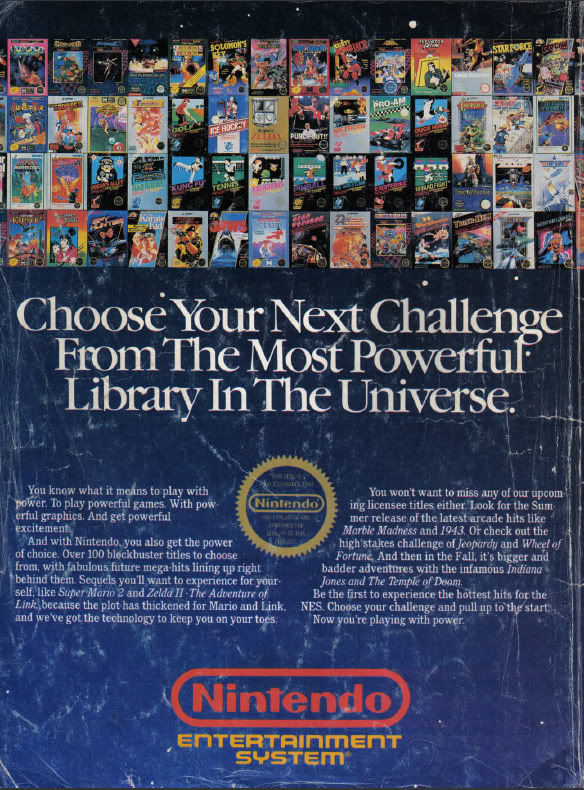