Not all World Warriors are created equal. The Street Fighter series may have revolutionized fighting games with its diverse cast of characters, but making sure that they all have a chance against each other is an arduous balancing act. Whenever a new game comes out, it doesn’t take long before message boards erupt with “tier lists” that attempt to rank the cast by strength.

The best of the best are known as the top tier. These are the ones who have the strongest options, dictate competitive play, and receive the most colorful insults. As Street Fighter celebrates its 25th anniversary, let’s look back on some of the greatest versions of these competitors.

When Capcom developed Street Fighter II, they didn’t know that people would analyze every frame of animation and piece of data they could find if it meant victory. It was probably inevitable that someone would be game-breaking, and Guile earned those honors. The military veteran mauled everyone except Dhalsim, who was a distant second, and he had an assortment of character-freezing glitches at his disposal.

The first of many Street Fighter II updates, Champion Edition allowed players to control the four bosses and partake in a mirror match (duking it out with the same character). The developers were still new to this whole “balance” thing, though, so M. Bison’s playable form was almost as his final boss iteration. His hard-to-hit Psycho Crusher did tremendous damage even if the opponent guards.

This version of the "Muai Thai emperor" is actually better known from Super Street Fighter II: Turbo, where you can use him through a character-select screen code. “Old Sagat” couldn’t use the then-new Super Combos, but he did more damage and had faster Tiger Shots. While other top characters faired well against him, he manhandled others to the point that Japanese players “soft banned” him — he’s tournament legal, but a gentleman’s agreement forbids using him.

In “Super Turbo,” players could use this secret boss through a special code, but unlike Old Sagat, Akuma is outright banned due to how stupidly powerful he is. The tale of this ogre doesn’t end here though: When designer and tournament player David Sirlin rebalanced the game for an HD Remix update years later, he tried to turn battles against Akuma into a fair fight. Ultimately, tournaments still banned him because of his ability to lockdown foes with his air fireball.

Rose is my favorite character, so of course I'm going to talk about her when she elite. Sirlin also wrote the book Playing to Win, where he discusses a SFA2 tournament where he couldn’t beat a Chun-Li player in the final match and switched to Rose being her having a difficult time against the Chinese champion. Knowing the size and speed of the psychic’s crouching medium punch, or "low strong," Sirlin abused the move throughout the finals – sometimes using it 18 times in a row – to win the tournament.

While the huge roster and multiple modes made this game a favorite among casual fans, Alpha 3 didn't have the longevity in tournament play of other titles in the franchise. This game featured Custom Combos that would create an after-image that repeats a character's attacks, which led to loops of the same moves over and over for big damage. You can imagine what that means for Dhalsim, who can use it for both half-life combos and to augment his already great long-range game. 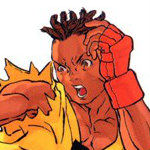 Despite fan complaints that Sean was another Ryu/Ken clone, this Brazillian used to be a dominating force in the second version of Street Fighter III. He did fantastic damage and was only second to ninja girl Ibuki in strength. It’s easy for a developer to go overboard with nerfs, however, and Sean went from being the best in 2nd Impact to the worst in 3rd Strike, which cemented his reputation for mediocrity.

The strongest woman in the world has been dominant in several games, but Chun-Li is most infamous for this outing. The game’s parry system helped her deflect fireballs and counter overzealous pressure that traditionally hurt her, forcing opponents to play at mid-range, where she excels. On top of that, her Houyoku-Sen Super can turn any stray hit into a match-ending blow.

Chun-Li had only one bad match-up in 3rd Strike and it was against this aggressive monster. Yun is known for his Divekick, an angled jump attack that makes it easy to start an offense, and his Genei-Jin Super, a Custom Combo-esque move that enables disgusting juggles and it's very easy to build the meter for it. Yun would later wreak havoc in Super Street Fighter IV: Arcade Edition. 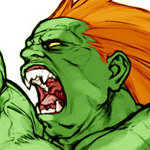 As someone who specializes in hit-and-run attacks, Blanka is annoying to fight but tends to have trouble against those with stronger damage potential. You only need the right circumstances to become dominant, however, and in CVS2 the beastman had strong normal attacks with great priority. A glitch called “roll canceling” also made any special attack invincible, which made fireballs less effective against his Rolling Attack and allowed Blanka to "turtle," or play extremely safe and defensively.

C. Viper was the first new Street Fighter character in years, and she has certainly made an impression as someone who both requires very high execution and is worth the investment to learn. This secret agent benefits from an unorthodox playstyle, a momentum-shifting offense, and a scarcity of Viper players, which makes it difficult to prepare for her. Later on, she would appear in the Marvel vs. Capcom 3 series, where she's also very powerful but difficult to use. 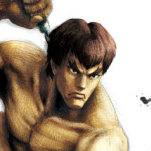 Despite being Capcom’s take on Bruce Lee and the originator of the multi-hit “rekka” special attack, Fei Long was neither very strong in Super Turbo nor got into many other games. Street Fighter IV has done wonders for him, however, as over the years he became more powerful while other characters became weaker. While players harped about newcomers Yun and Yang being overpowered, Fei Long was just as efficient.

As a recent Shoryuken.com article notes, Ryu is rarely a bad character because of his versatile move set. In Street Fighter X Tekken, he also benefits from new tricks such as his ability to dash out of his fireball to bait jumps or set up a throw attempt. Until a recent patch, his air Hurricane Kick also had a generous hitbox (damage radius). Post-release balance changes are now common, however, which means unfair characters and tactics are easy to adjust for as long as the publisher is willing to support the game.

Unfortunately, I can't cover every game and every Street Fighter top tier. Feel like Super Turbo Balrog, CVS2 Sakura, or Vega from both these games deserves a place in hell? Let me know in the comments.