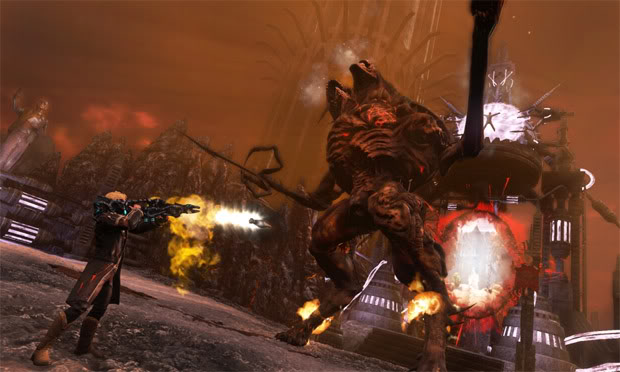 Funcom claims to have the tools necessary to change The Secret World to a free-to-play game, yet they won't do it right now.

Even though the biggest MMORPG everyone is clamoring to get into servers right now would be Guild Wars 2, Funcom's science-fiction MMORPG The Secret World looks to have enough to keep players entertained.  I like the idea how players are not limited to specific character builds and could achieve any build at any time and with enough grinding.  However The Secret World requires a monthly subscription if you wish to play, unlike Guild Wars 2 that is always available.  Funcom, developers of The Secret World, stated that they have the tools to make the MMORPGfree-to-play, yet they don't seem to do it right now.

CEO Ole Schreiner explains that the subscription-based model The Secret World uses is still profitable right now and "for the foreseeable future".  Schreiner also adds, "Operating in the MMO business means you have to stay adaptive and evaluate yourself, your community and your competition, so we can't rule out a change in direction somewhere down the line.  But we're quite comfortable with where we are now and what we're providing our players".

I'm thinking Schreiner might be missing the point of what he is saying here.  The Secret World, as he stated, was developed with a subscription-based plan in mind with 'options' to change it in the future.  I'm assuming some gamers out there still think that the quality of their MMORPG is dependent on how much money they spend in the game, as shown with World of Warcraft and other subscription-based MMOs like the launch of Star Wars: The Old Republic from BioWare/EA/LucasArts.

However this mindset might be changing due to successes like Team Fortress 2 and Guild Wars 2.  Valve has gotten some great success with the old shooter by switching it to free-to-play that it encouraged them to look into similar products, like Dota 2.  Then there is Guild Wars 2 that required purchase of the game, but no subscription-fee afterwards and is a massive success in Europe.  If Funcom, as a business, needs to 'stay adaptive and evaluate' themselves, then why stay with the subscription-fees?  Schreiner stated later that Funcom's Age of Conan made significant success when it switched to a free-to-play business model, so they know it works.