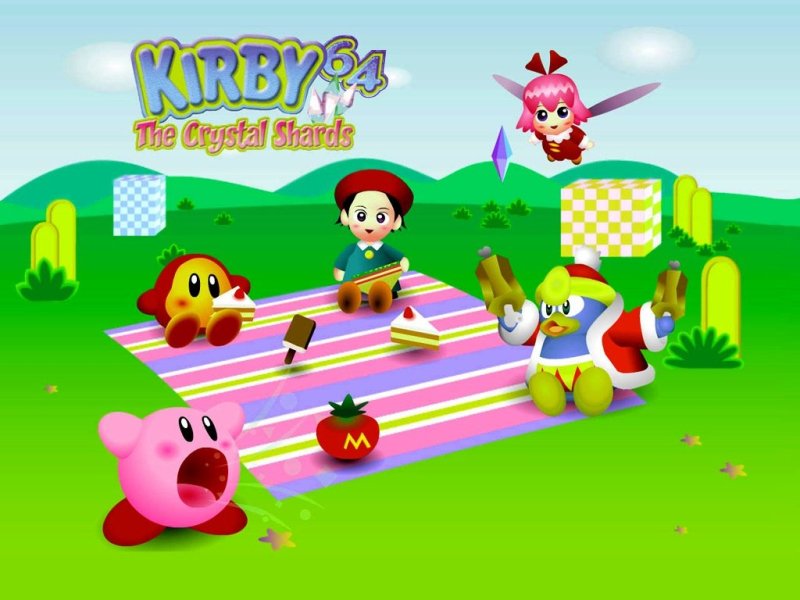 It’s hard to believe that Kirby is 20 years old now. The deceptively cute puffball brought a tremendous amount of whimsy to 8-and-16-bit consoles in the early ‘90s, and despite his games coming off as somewhat simple, the series has a strong following. But his career hasn’t been an easy one, and unfortunately the anniversary compilation Nintendo released to celebrate Kirby’s impressive lifespan highlights perhaps the lowest point for the pre-GameCube franchise: Kirby 64: The Crystal Shards.

The Nintendo 64 is my least favorite system to date, so that likely colors my opinion of Kirby 64. I feel it was an ambitious console for Nintendo, but the company’s refusal to abandon the cartridge format was a detriment to the hardware’s capabilities.

Kirby 64’s biggest problems aren’t hardware related, though. Between the Super Nintendo and the 64, Kirby underwent a horrible transformation. The whimsy in Dreamland was stripped down to base components and flat textures, and Kirby no longer put on adorable hats whenever he swallowed enemies to emulate their abilities. Instead, Kirby turns into a legless fireball and even rips off his own face to throw it like a boomerang.

Worse still, Kirby’s ability to hover in the air was drastically shortened by a time limit. Apparently Kirby can only hold his breath for so long before plummeting to the ground. Later games did away with the mechanic, and it certainly was not a factor in previous titles.

If you buy Kirby’s Dream Collection, Crystal Shards is a strange closer to a set featuring Kirby’s Adventure and Super Star. After playing five brilliantly designed and creative platformers, descending into this mess of empty level design and unsatisfactory animation is very disheartening. I would have almost preferred it if Nintendo had left the anniversary retrospective at five games, or perhaps included Kirby’s Dream Course rather than venturing onto the 64.

Seriously though, when I want to joyfully remember the good old days of Kirby, Crystal Shards doesn’t inspire warm and fuzzy feelings. The image of Kirby throwing his face at enemies while the rest of his body wobbles forward is a horrible thing to think about. And now I can’t stop.