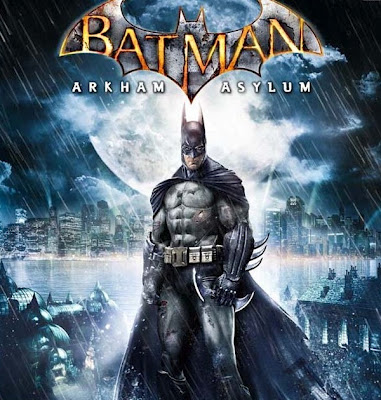 Every now and then, I get to talk to my students about video games. They've all played Battlefield and Call of Duty, and the conversations always veer toward the latest Halo, Grand Theft Auto, or whatever big sequel is coming out. But when I bring up Batman: Arkham Asylum or its follow-up, Batman: Arkham City, I always hear the same old thing. "I’ve heard it’s great, but I haven’t tried it yet."

These games aren't great. Developer Rocksteady made something truly awesome here, and you don't have to take my word for it, either. Both have aggregate scores in the low/mid 90s on Metacritic.

Part of the blame probably goes to the multiplayer-obsessed era of gaming we’re in, but mainly, I think a lot of people steer clear of the Caped Crusader specifically because it's both a licensed game and it features a superhero. Either would be a pretty convincing warning sign.

That's a shame, because these games made a great and very influential contribution to this gaming generation. Here's how.

Since the early days of video games, licensed titles generally sucked, and titles based on a superhero license were easily the worst offenders. They just don't get the time, budget, and attention other games do, and production schedules are based on the licensee's timeline, not any realistic game development cycle.

So I can see why people might give a Batman game a miss. I know I did. When I finally gave Arkham Asylum I try, I was a hell of a lot more skeptical than I might've been otherwise. 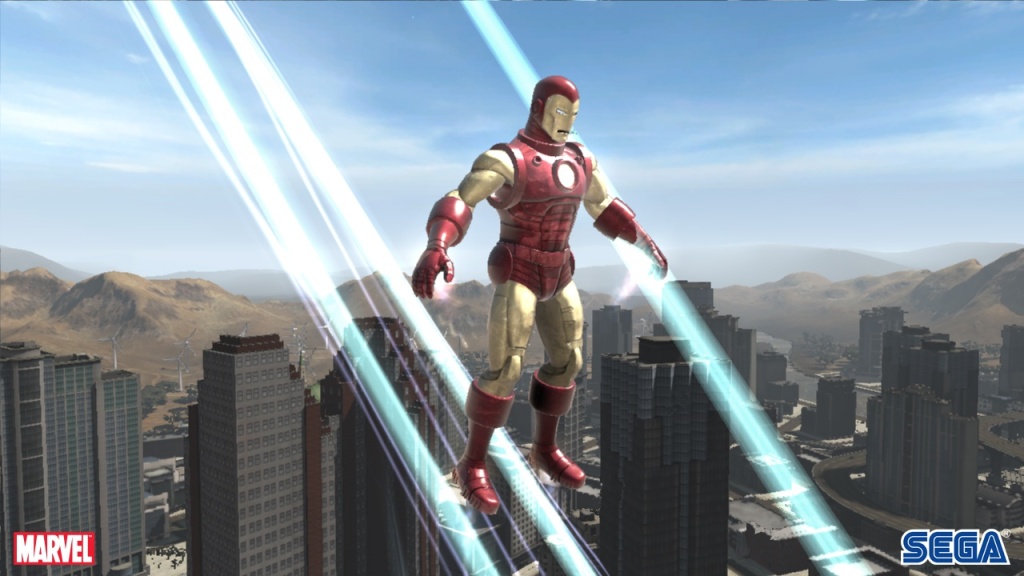 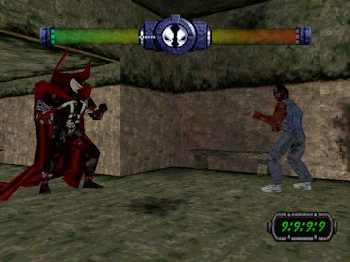 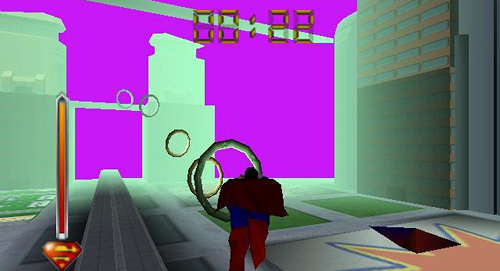 This is all your fault. Jerks.

But Rockstady didn't make Arkham Asylum (or Arkham City) as a tie-in for a TV show or a blockbuster movie. They created and conceived it solely as their interpretation of what a Batman game should be. Speaking of which….

Rocksteady could’ve just reskinned an existing game and called it good. While their Batman games take some obvious inspiration from other games and genres, the final result feels like a game utterly different from anything this generation has thrown at us. They put their minds into these titles, and the resulting games would work regardless of who starred in them. They don’t just look awesome and sound awesome…they play awesome. Everything feels right.

While the games focus on a stealthy approach, they also give you the freedom to tackle every situation the way you want. That’s my biggest issue with stealth games like Splinter Cell, Tenchu, or the Hitman titles to date. They play perfectly so long as you remain undetected, but watch them break down utterly the moment you’re caught. Then you see every single fault — controls, combat, movement — shine through.

Batman just ups the game, letting you play through your errors. Enemies start to realize you're stalking them and react accordingly, growing more desperate — making your job tougher — as their numbers dwindle.

And when do you have to fight your enemies face-to-face, the game actually gets even better. The combat mechanics in these titles really won me over more than anything else, and they still amaze me with all the crazy stunts and combos you can pull off. You feel like Batman, beating down the bad guys no matter how badly outnumbered you are. 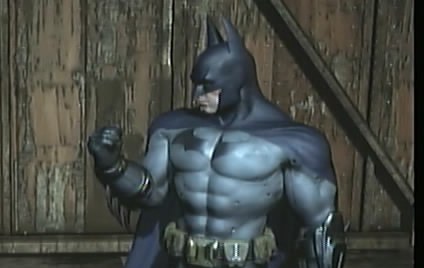 This is what I'm talking about!

An exclusive plot for the game

Nearly every superhero title made somehow tied in to the events of the newest movie, TV show, something. It had to shoehorn itself into that canon. Not these games.

Rocksteady’s franchise tells a story that, while based on the lore of the series, creates its own story and, going even further, establishes its own lore and storylines for these iconic characters. Up until now, every super-hero game played it safe and stuck close to the source material. But after the events of Arkham City, we now know this incarnation won’t walk the same way. They had the nerve to kill off some major characters in the series, creating a whole new continuity exclusive to the games.

Between Batman: Arkham Asylum and Arkham City, we've seen Rocksteady create a new milestone for the industry the same way The Legend of Zelda: Ocarina of Time did for adventure games and Halo: Combat Evolved did for first-person shooters. A new bar has been set. New superhero games can’t stumble into our consoles and expect to make a dent in the industry now that Old Bats has shown everyone how it’s done.

Rocksteady set a new standard for new games to come, and already you can see other superhero games trying to be like Batman. You can’t really blame them. Who wouldn’t want to be Batman? 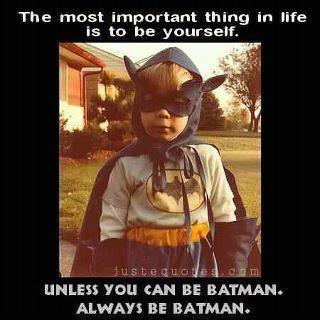 Games based on Captain America: The First Avenger and The Amazing Spider-Man feel heavily influenced by Batman's gameplay. Neither measures up to that standard, but neither sinks as far as superhero games routinely did in the past. Of course, both still had crippling deadlines to ship for the movie's release date.

Now here we are. Hollywood's scheduled a Deadpool movie for a still-unspecified release in 2014, but we'll get a Deadpool game in 2013 from High Moon Studios that's likely not affiliated with the film. Hopefully, someone just had a great idea for a video game staring Deadpool, crafted around his personality and talents, with gameplay and a plot tailored specifically for the “merc with a mouth.”

Of course, the game I’m really waiting for is Rocksteady's next Batman sequel. I'm fully invested in that version of the character and his world, due in no small part to how invested Rocksteady is. They didn't set out to make a second-fiddle product supporting someone else's big-budget vehicle…Arkham Asylum was that big-budget vehicle, made with vision and purpose, and Arkham City punctuated their ideas with amazing precison. Applying that kind of passion to a licensed game was almost unheard-of before. It should be standard now. 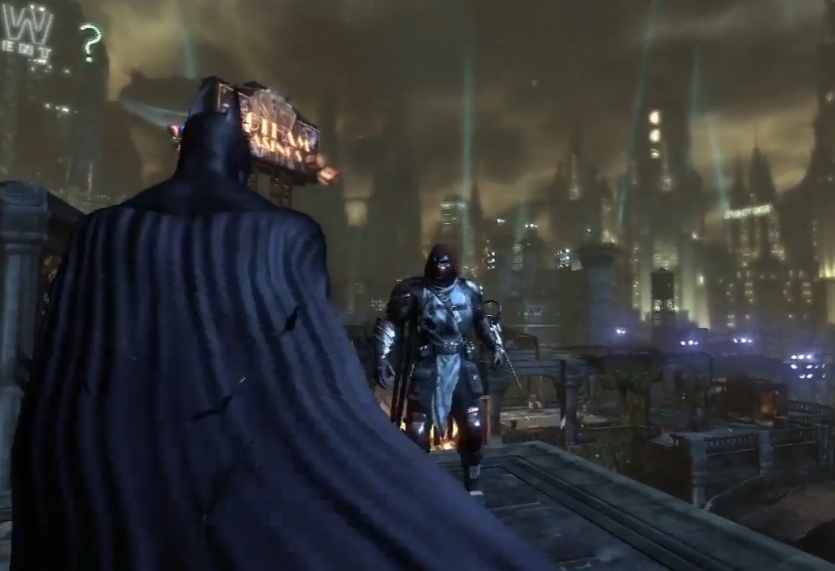 See you soon, you creepy bastard.