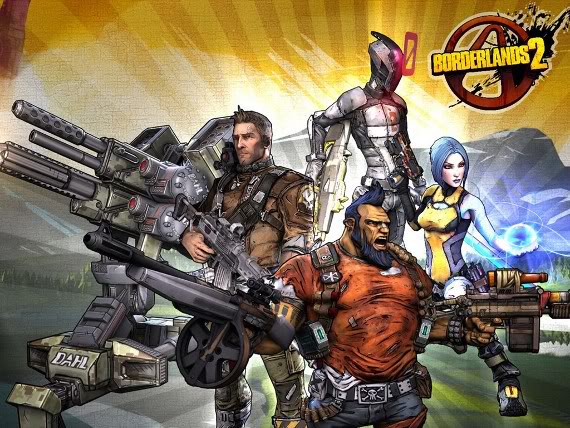 Borderlands 2 is looking like a great game for fans of treasure.  There are plenty of marauders and spiderants to blow up and collect powerful weapons from.  However the flaw for the return trip to Pandora is the supposed 'good guys' in the game, and how the story is no better than other video games.  In fact, the major flaw about Borderlands 2 is that it suffers from a lot of tropes (something recurring across a genre) found in pirate stories.

Every story has their own series of tropes, but there is one trope in pirate stories that just make them indistinguishable from each other.  The most common goal in pirate stories is to claim treasure.  That is what pirates do, right?  Raid merchant ships, get and follow treasure maps, then search islands for buried gold.

Unfortunately, this is the goal for every single story that relies on just the pirate theme – and this is as stagnant as using a damsel in distress.  Pirates in stories like these don't know what to do with the treasure when they find it.  The entire journey is to claim it, but for what?  Better living?  Education?  Medicine?

I know most of you would be thinking of Disney's Pirates of the Caribbean film as a counter argument, and your right but for the wrong reasons.  Yes Pirates of the Caribbean features pirates, but the primary goal of the pirates led by Captain Barbossa is to remove the curse on them which came from the treasure.  We're also introduced to Jack Sparrow, a witty, charming pirate that has the goal to get his boat back from Captain Barbossa. 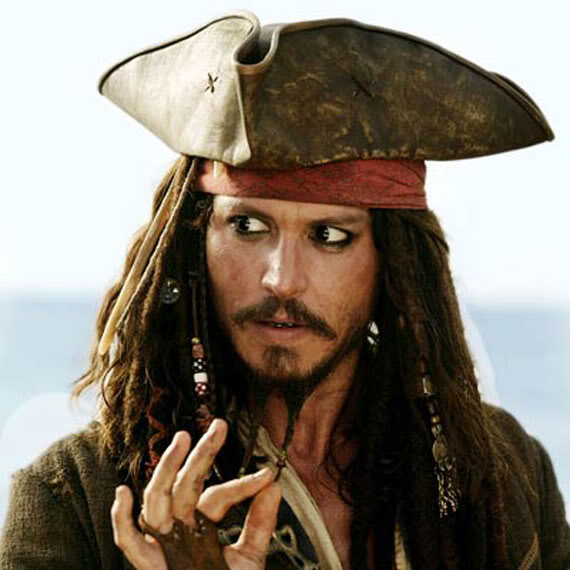 Other pirate stories, such as major box office bomb Cutthroat Island, try relying on these stale goals to make cruel characters look charming.  The pirate Morgan Adams (played by Geena Davis) is meant to be an exciting, female pirate that we should root for.  But she is a one-track person that is perfectly fine with scalping her dead father for a treasure map.  We never know why Morgan Adams wishes to get the treasure in the film, other than she just wants the treasure before the film's antagonist, Dawg Brown, gets it.

When we see Jack Sparrow for the first time in Pirates of the Carribean, we learn that he is witty, charming, and determined to use his final bullet for Captain Barbossa.  With Morgan Adams, we just know that she likes sleeping around and is willing to desecrate a relative's body for loot.  Which character would you invite to a party?  More importantly, which story feels more exciting?

In Borderlands 2 we just know that the protagonists in the game all seek the same goal:  Getting to the vault before Handsome Jack gets to it.  The opening cutscene for the game hints at this vault being extremely valuable, like treasure buried on an island.

How does this vault benefit the protagonists?  The protagonists in Borderlands 2, like Morgan Adams, come off as one-sided that are willing to kill off anything just for treasure.  Handsome Jack is no better, immediately trying to kill them in the train ride with robots, mercenaries, and explosives.

Plus every character that is an ally to the protagonist sees them as a savior, like a 'good' person.  That barrel-chested guy who wanders into town with blue guns which fires off acid, covered in blood from Bullymongs and Marauder is perfectly fine!  Let's give him even more guns as a reward for saving the day, so they can get to Pandora's valuable treasure!

Beyond revenge against Handsome Jack and claiming the treasure from the vault, what does motivate your character in Borderlands 2?  We know that each of them seems skilled enough in killing en masse, and they enjoy finding lots of guns.  But these are like pirates in other pirate stories, with similar goals and easily forgettable characters once they do get the treasure.

I never expected Borderlands 2 to be an amazing masterpiece for interactive storytelling.  The trailers for the game is enough evidence that this is meant to be mindless fun with friends to get that fire-spewing shotgun.  I'm just not sure if any of the characters in this game will be memorable enough to stand out.  Pirates of the Carribbean was a movie that took those tropes of pirates and made them engaging.  Yet it seems like Borderlands 2 might as well star Geena Davis.