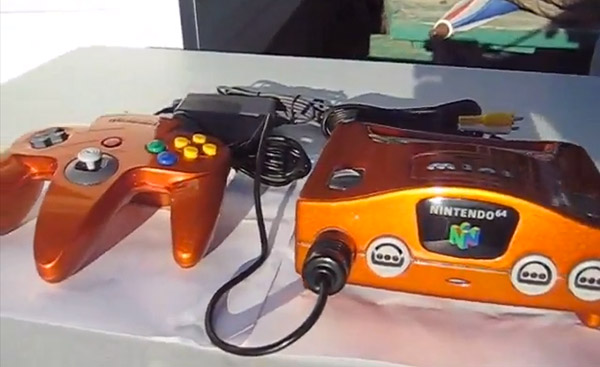 The Nintendo 64 is a pretty bulky console considering what it actually does. You need expanders and attachments for this and that, and when Nintendo redesigned it for Hey You Pikachu, they actually made it bigger.

Expert console modder Slipstream managed to do what Nintendo clearly wasn't going to and made a miniaturized Nintendo 64, while maintaining the aesthetic in the original design.

In 2003, Nintendo's original Famicom patents expired, opening the door to a whole bunch of offbrand systems. Nintendo actually filed the N64 patent in the U.S. in 2001, meaning we've got another nine years or so for before we might see third-party versions of it. Patents typically expire after 20 years unless the filer maintains it, meaning they continue paying for its upkeep.

Or perhaps Nintendo learned their lesson and will keep a closer eye on their expiring patents. Sega had similar trouble with the Genesis, which is why you can now buy a three-in-one set with the Nintendo Entertainment System, SNES, and Genesis all rolled into one.

Even though the main components for these consoles are no longer patented, third-party developers still have a lot of trouble getting games to run on their systems. Any NES or SNES title that used extra chips or RAM either won't work or works incredible poorly on offbrand machines, meaning you can play Super Mario Bros. just fine but might have trouble getting Uncharted Waters to run.

That mechanical limitation might be the real problem for third-party N64s. Since some games require an external RAM expander, and others are enhanced by it, programing for that component could pose a similar problem.