Some nostalgic features of old games still live on in our modern games.  Like a familiar tune from an 8-bit game redone by an orchestra to massage our ears.  But there are some other features that infest modern games like a tumor, buried deep into the core mechanics of our games that we start to notice their flaws instead of respect them through nostalgia.  Specifically there is a mechanic from point and click, graphical adventure games which curses our modern PC games.  It isn't the abstract puzzles of a madman, but their interface lingers on like the smell of rotten fish in your refrigerator.

Many old gamers might think of nostalgic graphical adventure games like The Secret of Monkey Island.  Yet one mechanic we barely notice is the way how the computer tells Threepwood to walk around obstacles or move to an interactive object.  This is a path-finding algorithm commonly found in game Artificial Intelligence, which is still used to this day. 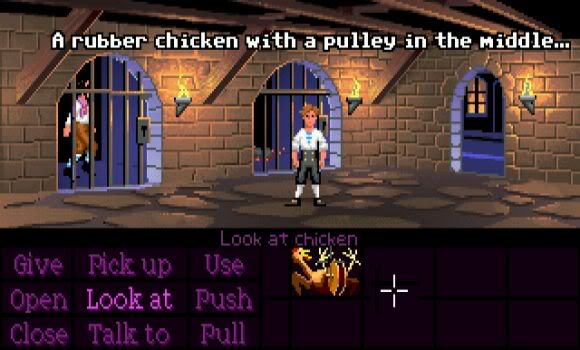 Path-finding algorithms get an entity to a location in the shortest path possible.  Think of driving to work, you want to get to work as fast as possible, so you figure out what roads to take as part of your routine to get there.  But what if an unexpected obstacle is in the way, like road construction?  You alter your path to compensate for this – with some annoyance – and reach your destination in the shortest time you can manage.  Path-finding algorithms work similar to this concept.

But there are some problems visible in this example of path-finding algorithms.  First, there is the issue of time.  If an obstacle shows up then you take more time to move around that obstacle, like the road construction.  Second, there is the issue of routine.  Once you set your path you follow it until the destination is reached or another obstacle is in the way.

In The Secret of Monkey Island the path is wide and there is little obstacles in the way.  Yet a path-finding algorithm is used to move Threepwood around the scenery, such as the bar filled with Pirates.  You might notice some lag in the game when the screen moves as the memory of your machine is being used up to figure out the best path for Threepwood.

These problems with path-finding algorithms are not so bad with graphical adventure games, but become an issue with a reflex-based game like an action RPG that uses them frequently.  Torchlight II is a great example of this problem.  Because the location and monsters are randomly generated, the path-finding algorithm has to compensate for this when moving your character.  Also your character doesn't stop when their path is set, even when you let go of the left mouse button.

Rob Savillo states how another action RPG, Bastion, flows better with its mobility.  Torchlight II lacks a roll feature to dodge attacks, or being able to respond fast from the player's command to get away from a swarm of enemies eating their kneecaps off.  Bastion forgoes the path-finding algorithm found in graphical adventure games in favor of a movement algorithm found in Dark Souls. 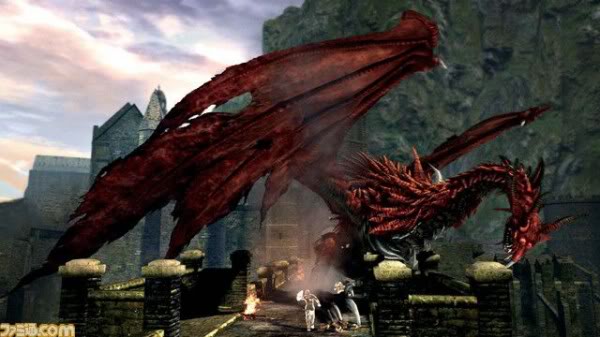 Movement algorithms used in Dark Souls or Bastion don't have these issues as they just move the entity towards a direction at a fixed speed.  If they run into an obstacle, then they just blindly walk into it.  This kind of algorithm is also free for different forms of mobility, like jumping or dodging with evasive rolls.

A path-finding algorithm would become more complicated and take more time if it tried including these mechanics.  If an entity could jump, then should the path change if the entity can jump over an obstacle?  What if they don't make it and end up stuck?

The path-finding algorithm found in point and click games is a powerful tool, but one that has to be used with the right game genre.  It has worked fine with navigating around non-reflex based games like graphical adventure games, but it hinders the mobility of the player when they need to respond fast.  It's just better to remove that fish gagging us so we could try something else.