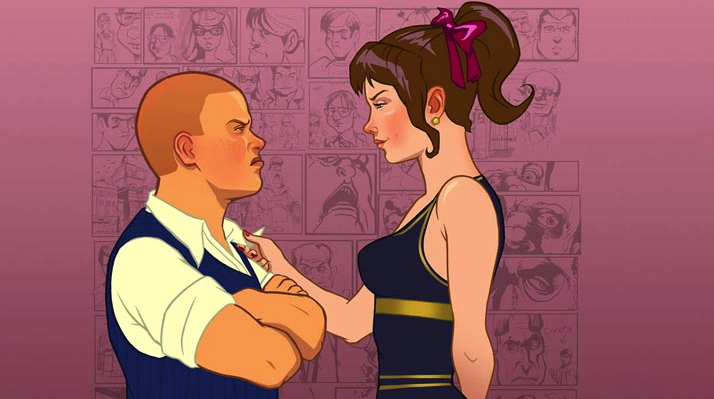 Bully is a game most remembered for the controversy it generated before its release. From initial hysterics claiming that Rockstar was developing a "Columbine simulator" to cries that the game was promoting bullying behaviors (it wasn't) or trivializing them (which was maybe a more legitimate criticism), Bully may have received more attention in the media before its release than after. Once people had a chance to experience the game and evaluate it for what it was, they found a competent translation of the Grand Theft Auto formula in a different aesthetic that was maybe a little rough around the edges. In truth, there wasn't a whole lot about the game that was controversial once people had a chance to play it.

Well, except that you could kiss boys. Some people didn't like that.

The fact that so much hot air was expended on the "controversial" aspects of Bully means that not much attention was paid to some of the game's more subtle touches. Like anything Rockstar puts out, the it is as deep as it is broad, and there are a lot of little gems in the design that are worth taking the magnifying glass to. In particular, Rockstar included a number of systems designed to make the world of the game compelling, immersive, and real, some of which I've not seen included anywhere else. 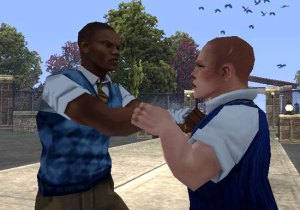 The fact that the town of Bullworth goes through each of the four seasons gives an air of authenticity to the school year-length story, and the fact that each student at Bullworth Academy has their own name and identity makes each person you pass on campus seem real. But the system that really sold me, the one that made me fall in love with the world of Bully and become really invested in each and every person that inhabited it, was a touch so simple and brilliant that I'm aghast that it hasn't been mimicked elsewhere.

You can say "hi" to everyone.

Bully isn't unique in letting you converse with people you meet in the street. Nintendo Power has been admonishing us to "talk to everyone" since the days of the original Final Fantasy and Dragon Warrior. In fact, a good majority of narrative-focused games will let you interact with non-player characters (or NPCs). The way in which Bully handles its social interactions, however, is so pitch-perfect that it never ceases to please me.

The way social interactions work in Bully is pretty basic: As soon as you target a character, you've got the option to give them a positive or negative greeting. If you happen to be targeting a pretty girl (or boy) who might be willing to spend a little quality time with Jimmy, you get phrases like "I really like spending time with you" or the somewhat bolder "If I were you, I'd make out with me." The negative interactions are similarly basic. Jimmy tosses out adolescent insults like "You suck big time," "Dumbass," and the somewhat inexplicable "Yo mama!" 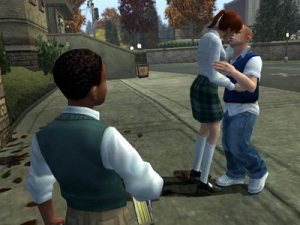 The beauty of these interactions is their simplicity: The positive phrases are all legitimate greetings that you might offer to friends you pass as you walk across the campus of your school. The students' responses are in the same tone: "Whattaya say, friend?," "What's your deal?," or even just a simple "Hi!" or "Hello." On the other hand, if you insult a jock, they might try and beat the snot out of you. Call a little kid a dumbass, and they might whimper "I don't understand! I never did anything to you!"

These social interactions don't serve a lot of purpose in terms of the mechanics of the game. Occasionally, you can hire associates from friendly cliques to come help you fight your battles. The mechanic of speaking with NPCs is also the way that you can talk your way out of trouble with the prefects or calm someone you've accidentally insulted or injured.

Mostly, however, these interactions serve to establish Jimmy Hopkins (the protagonist) as a character, and the fact that you have a choice in how he deals with his peers allows you to feel as though Jimmy is more directly representative of you within the game's world. You're more invested in Jimmy because his relationships with the other students of Bullworth are, in a sense, your relationships. 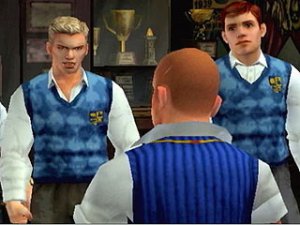 The fact that you can target other characters while on the move means you can call out passing greetings to friends as you make your way to class, without having to interrupt the flow of gameplay. If you catch a bully roughing up a little kid, you can threaten them into submission. In fact, the end of the game's first chapter sort of establishes Jimmy's status within the school as a defender of the oppressed, a role which is reinforced by your ability to "check in" with the younger students and ask them how things are going.

You can also greet (or insult) the adults. Mouth off too much to one of the locals, and they might call down the fuzz to haul your sorry butt back to the dorms. The police are less likely to let you talk your way out of trouble than the prefects are, but it's worth a try.

I can't think of another game that lets you interact with NPCs in a way that is so quick, easy, and authentic. In a Final Fantasy, talking to the citizens of a town doesn't really feel like interacting with actual people. It feels like activating information dispensers, as if they’re all mannequins eager to inform you of the monster-filled cave or the secret back entrance to the bad guy's lair.

Western role-playing games, like Fallout or Mass Effect, like to give you more conversational options with their NPCs or simply have them mutter things when you're in their vicinity. These have the potential to create real, authentic characters (remember that teenager waiting for her parents in the Citadel cargo area in Mass Effect 3?), but they also require you to devote the time to process them and would break the flow of an action/exploration-centric game like Bully.

The Fable games allow you to build individual relationships with townsfolk, and the tracking mechanism for managing these relationships is much more robust than what Rockstar has on offer in Bully. However, the means of interaction are all pantomime, like flexing your character's muscles or doing a happy jig. None of it has dialogue, and all of it is exaggerated to the point where the narrative veneer is entirely stripped away from the interactions, and the mechanics are laid bare. It’s almost entirely the opposite scenario than that of Bully.

I want to see more games offer mechanics that allow your to protagonist express themselves in ways that resonate, are authentic, and feel natural. In writing, they say that dialogue is action, and action is how characters are defined. In offering simple ways for players to have their character interact with every citizen of the game's world, developers can give players a greater measure of control over how their character is represented, and players will feel more connected with the world as a result.

At the end of Bully, the epilogue is called "Endless Summer." You have the opportunity to hang out at Bullworth Academy and wrap up all the side missions you may have missed. When I played the game, I was particularly fastidious and I had completed most everything before I took on the final mission. Nevertheless, I felt compelled to linger a while and ride my bike around town, even if there was nothing to do.

You know, just so I could say "hi" to everybody one more time. 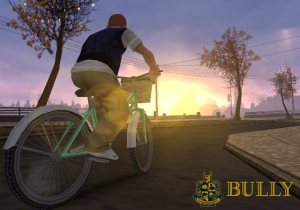