I really had not read anything about The Walking Dead game.  I have not watched the television show or read the comics.  Seeing generally positive review scores, I was intrigued by the implementation of episodic content over Xbox Live.  Realizing the jump-in price point was only 400 MS, I figured it was a relatively painless transaction.  Three episodes later, I am officially hooked and waiting for the next release. 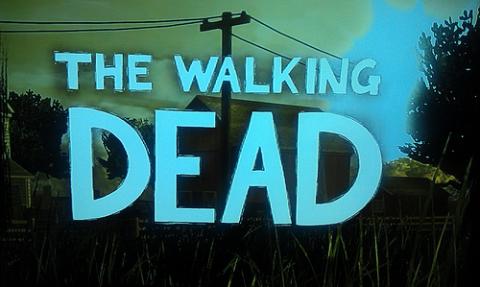 The Walking Dead is largely a point-and-click affair with moments of quick time events for action sequences.  Puzzles are easily solved and the action benefits more from the tension leading up to it rather than the excitement generated from the action itself.  So what's the attraction?  The character and plot development are dependent upon the player's choices which lead to a wild, unpredictable, and suspenseful affair. 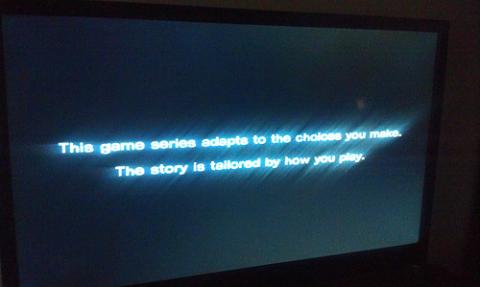 Without divulging spoilers, the game creates situations that are much like the Choose Your Own Adventure stories read as children.  The choices come in the form of conversational branch trees as well as split second decisions during the QTE action sequences.  Most times, a timed graphic appears below your options and elapses with just enough time for a player to select but not necessarily ponder the choice.

The game smartly realizes this hook in its gameplay.  The countdown can be thrilling.  My desire to play consistently to character led to a predetermined ethos of how I would like to approach situations.  What resulted was I chose often on gut reaction based on that ethos.  Decisions have been guided by a desire to protect and preserve Clementine, self and group in that order.  Upon completion of an episode, the game displays five key moments and whether or where the player falls compared to others who have played.  Through three episodes, 61.1% of my decisions have coincided with others. 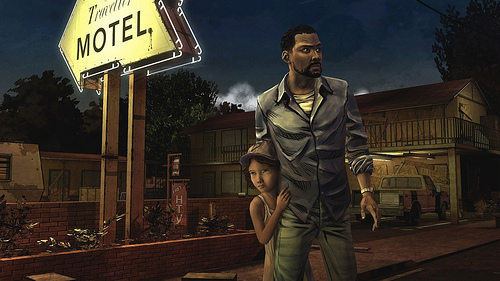 The downside, however, comes from the fact that the game itself cannot allow complete freedom.  Quickly scanning four conversational options, including even an option of silence, can result in not finding any decision that coincides with how a player would like to proceed.  At times, the story can only be prompted to move forward following decisions that act as triggers for the next scene.

It can be jarring to what is such an engrossing adventure, but it is a trade-off worth making.  I cannot wait for the next episode's release and am even more excited to finish the complete series so I can go back and see how different decisions affect the story.