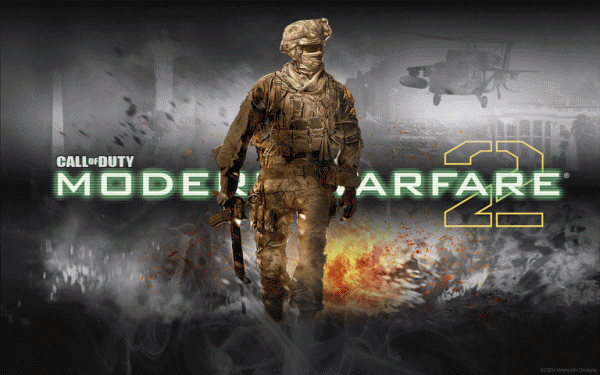 The debacle on whether a game designer should listen to their community is a tough question to answer.  Sometimes game designers want to make a hard game which punishes their players, like Dark Souls.  Other times gamers get so angry with an ending the game designers picked that they will send cupcakes to BioWare to fix Mass Effect 3's ending.  Over the weekend, a popular multi-player map for Call of Duty: Modern Warfare 2 was taken down due to an offensive texture to Muslim gamers.

Technically the texture isn't offensive to Muslim gamers, but where the texture is in the map.  In a bathroom to the popular level Favella, there is a frame with Islamic text written around the picture.  The text says "Allah is beautiful and He loves beauty" repeatedly.  The problem seems to be that this quote is not meant to be in a bathroom, as it disrespects the religion and traditions of the Muslim gamers.

Youtube poster "KhaleDQ84EveR" posted a video explaining his offense to this texture.  It seems like Activision and Infinity Ward got the message and took down Favella over the weekend.  The level will come back, minus the offensive texture and "any other similar ones found in the game's library", said an anonymous representative from Activision.

I'm not sure if this kind of offense is worth being offended about.  The Call of Duty franchise is a mainstream game targeted towards gamers of various cultures, not specifically the Muslim community.  Plus, doesn't the game discriminate against other cultures, like Russians with the "No Russian" stage?

To be fair, this isn't a major change to Call of Duty: Modern Warfare 2 but a minor texture mod, and the Favella level will return soon.  Plus, being a mainstream game, it would make sense for Activision/Infinity Ward to replace the texture to appeal to a larger audience.  I do think it is a good thing for gamers to talk with developers to improve the game through patches and DLC, but I also think developers are going to offend gamers over any decision.  Bayonetta 2, anyone?