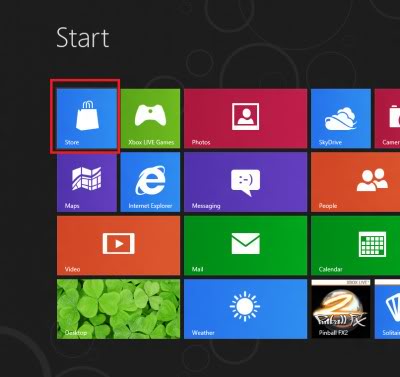 How 'mature' a game can go is a mixture of different opinions.  For example, a game that shows shootings or gory scenes is easily labeled as "M" for mature by Entertainment Software Rating Board (ESRB).  However in other counties with Pan European Game Information (PEGI), that same game might have a PEGI 18 rating.  Microsoft's new Windows Store service will keep track of these rating services, and ban any games with an adult-rating.

This might be seen as a good thing to conservative parents who don't want their children to buy naughty Japanese Visual Novels.  It's rare for a game to be released in the United states to have an Adult's Only ESRB rating as they won't be sold in Wal-mart or Best Buy.  But in Eruope, PEGI 18 ratings are more common.  Games like the Mass Effect series, Dishonored, and Skyrim will be restricted from the Windows Store service.

Opening up the Windows 8 App Certification Requirements Web page and scrolling down to Section 6.2, the lawyer jargon states, "apps with a rating over PEGI 16, ESRB MATURE, or a corresponding rating under other ratings systems…are not allowed."  Skyrim might have a Mature rating by ESRB, but with a PEGI 18 rating, Windows Store won't sell it.

European Gamers that do enjoy shouting away dragons or sleeping with Asari aliens can still play these games on their PC and bypass the Windows Store.  Other downloadable services like Steam and Origin still work on Windows 8 in European countries.  But if Windows Store wishes to compete against the services of Steam – or even Origin – they are going to have a limited stock of games to sell.

European games might just forgo Microsoft's Windows Store service anyways if their games are available from other digital distribution platforms.  But if Microsoft intends to use this service to attract gamers from any country to Windows 8, they better give us a sweet deal for Lego Lord of the Rings.