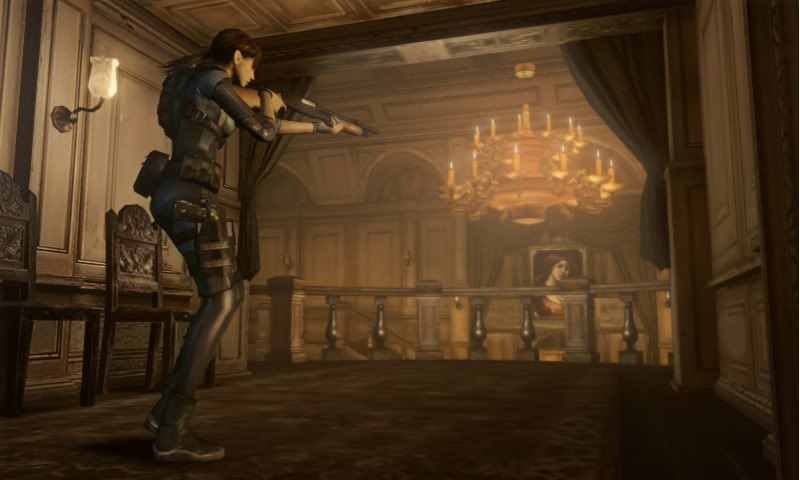 Resident Evil 6 makes me weep. The series that used to haunt my dreams as a kid is long gone, and something sort of like Gears of War took its place. Amusingly, I’ve tried forcing my way through RE6’s campaigns at least six times at this point, but I always throw my controller aside in frustration.

Why? Because the series gave up on trapping players in labyrinthian monster factories and started imprisoning them in unskippable cinematic sequences and perpetual quick-time events. The scary’s gone, and the disjointed action game that remains just isn’t cutting it.

You can blame several factors for this, like the creator of the original game (Shinji Mikami) leaving Capcom, the fact that over 20 different studios worked on this project, or you can adhere to the misguided belief that Japanese developers just don’t get Western audiences. The real reason is that the franchise is too old and too nebulous to support itself anymore.

We need a reboot, preferably one that breaks away from all the crap mechanics recent developers have “expanded” since Resident Evil 4. Ideally, the team that made Resident Evil: Revelations would take over the series, drop the numbers and home console support, and evolve RE into a portable horror experience.

Revelations legitimately scared me. It was claustrophobic, foreboding, and pretty much everything RE6 isn’t. The developers wanted to pair down a lot of the action sequences in previous installments and return to that slow, backtracking anxiety found in the first few games, and it worked.

Early in Revelations, Jill is running around an abandoned cruise ship trying to find what remains of the communications officer so she can call for help. As she moves closer to the area where he hid when monster broke out on the ship, a blood-curdling voice starts barking out the ship’s coordinates. The more you explore, the louder and more inhuman the voice gets until you realize the man you’re trying to find is now a lumbering beast still holding on to fragments of its previous life.

Getting to the monster takes maybe five minutes, but the first time I heard his voice I shut my 3DS. All the dread I felt when my dad would play the first Resident Evil late at night returned … like a deformed baddie could fall out of my closet at any moment. 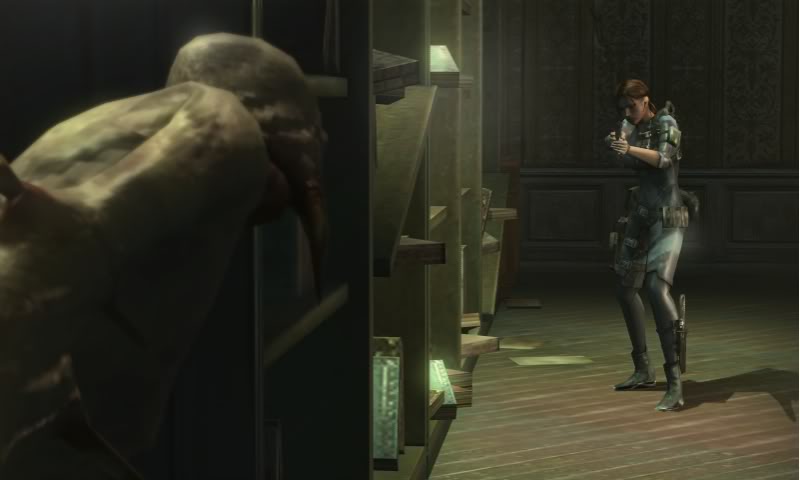 Strange, jarring moments like this make Revelations the RE game I’ve wanted for years now. Everything about its design makes the world feel hostile, even when you’re just searching for herbs and ammo.  It still has its action-heavy moments, but even they carry a sense of hopelessness and dread I simply don’t feel when playing 5 or 6.

A successful reboot should follow Revelations' model. Dump the unnecessary co-op (which does nothing more than break suspense), get rid of the pseudo-military shooter trappings, and abolish quick-time events outside of boss battles. Oh, and throw out the convoluted storyline that allows for a bazillion evil pharmaceutical companies' terror/counter-terror organizations (yes, even though Revelations plays right along with the bat-shit plotlines from the console games).

If a dev team can do this, then they’ll get back to what made Resident Evil good. Almost nothing is scarier than feeling alone and underpowered in a place full of unspeakable horrors. They don’t have to use zombies, but the monsters need to feel like they’re lurking rather than filling city streets.

The sad truth is that the Resident Evil I want is gone. Gamers like co-op, and they love shooters. That mindset is completely at odds with what I love about the RE franchise', and it’s difficult to accept.

Let’s hope that Revelations did well enough to inspire a sequel. Let’s give that formula a shot and give up on consoles.