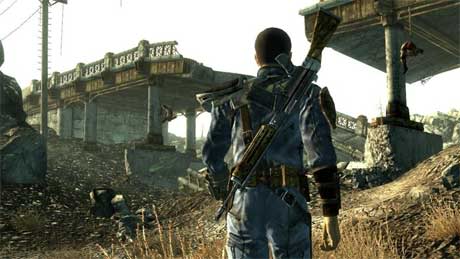 Does your character's actions say something about your personality?

Scientists believe the results of playing Fallout 3 yields similar results to a personality quiz.  36 participants not familiar with Fallout 3 tried out the introductory stages of the game, and showed similar data found in a personality test.

PhD student Giel van Lankveld believed there was a connection with in-game experiences and personality tests since 2011.  Lankveld compared in-game actions performed by players in Neverwinter Nights with data found in personality tests lined up prominently with each other.  The results, when repeated, were consistent among gamers and non-gamers alike.

Lankveld performed a similar test with new participants in Fallout 3.  Each participant were required to play through the introduction of the game, and then take a NEO-FFI (Neuroticism-Extroversion-Openness Five Factor Inventory) personality test.  The test checks for five personality traits with each person:  Extraversion, Openness, Conscientiousness, and Neuroticism.

The results from the data from Fallout 3 and NEO-FFI weren't so prominent, but they still yielded some significance.  Players with a high Extraversion chose to be more friendly with Non-Playable Characters.  High agreeableness players followed the instructions in the game rigidly and spoke only to authority figures.

Lankveld's study did acknowledge that some problems in a game skewed results.  Video games like Fallout 3 rely a lot on random values like chance of persuasion or stealing objects, so the results from a future test might not be the same as this one.

But in theory, this study  shows that our fantasy character says a lot of who we are.  In my case I can definitely see myself wanting to explore every location in Torchlight II or La-Mulana.  The extraversion part might be difficult with games that have morale choices, like in the Fable games.  I consider myself a nice guy, but I do enjoy being a tyrant that hurls fireballs around towns in Fable: The Lost Chapters.