I've been thinking a lot about the sexism and bigotry in video games that has been popping up in the news, lately.

You can't swing a dead cat nowadays without hitting some kind of cookie-cutter war-based first-person shooter. Whether they're space marines, colonial marines or United States Marines, the armed forces are very popular in video games today, and it doesn't take rocket science to explain why: They bring in tons of money. If they didn't, we wouldn't be inundated with a new Call of Duty, Medal of Honor, Halo or Battlefield nearly every single year.

But, if my word isn’t enough to convince you, the ESA recently released their 2012 report of the video game industry, and of the 20 most popular console games of 2011, four of them (that's 20 percent) were war-based shooters — all of which were in the top 10 for the year. With Call of Duty: Modern Warfare 3 sitting pretty in first, Battlefield 3 in fifth, Black Ops in sixth and Gears of War 3 in eighth, that genre commands the top of the list with sports, dance, and adventure games sprinkled in between.

Now, numbers are never set in stone, and even developers realize that sales can change in an instant. But, when you consider the demographics of gaming, there's a comfort zone for the makers of these games. The ESA report says that 53 percent of gamers out there last year were male, whereas 47 percent were female. I worry that the developers out there rely too much on that (barely) larger majority for easy mass appeal.

It shows in the utter lack of creativity in this industry, plays what I believe is a large part in the rampant sexism and bigotry in game competitions and online play, and above all else, it ignores the clear proof that women out there love games too.

Not more than two lines down from the chart above, the ESA shares a fact that I'm surprised more people aren't talking about:

Focusing more strongly on the negative side of things, a recent story from NPR, which builds on an already existing story from The New York Times, discusses the issue of women being harassed at game competitions and online. While the competition-based harassment seems to be most prevalent in the fighting game genre, online harassment seems most common in shooters.

The stories focus mainly on Miranda Pakozdi, a 25-year-old competitive gamer who dropped out of a recent fighting game tournament after she was sexually harassed by her male team coach. His ridiculous behavior is unforgivable, but even worse, the real problem of sexism in gaming exists even in casual gaming realms.

I know many female gamers who won't even turn their headsets on when playing games like Call of Duty or Halo because once the others realize there's a girl in their midst, the slurs, vulgar sexual propositions, inevitable requests for naked pictures, and other ridiculous mistreatment begins in full force.

I want to be clear, the fault falls on the person behind the mic, but I don't believe that the blame should stop there.

Even worse, the industry pushes this sexualized image onto the real women who play games. The "booth babes" at E3 and similar conventions have rightfully drawn fire from others, but really, all the evidence you need can be found by googling "gamer girl.”

When you combine these things with the sheer level of testosterone and violence that games like Halo, Call of Duty and Gears of War have oozing from every pore, developers aren't exactly creating an environment of emotional maturity and acceptance. When every triple-A release is aimed at satisfying a largely male audience with a desire to act out as these steroidal, badass male archetypes, sexism is an inadvertent side effect.

While it doesn't excuse the unacceptable behavior of some male gamers, I think developers should be held accountable, too.

This all lead me to thinking about what the real underlying problem may be. Why do we identify what type of gamer we are — male or female — at all? Have we really gotten to a point where creativity has to take a backseat to avoid retail disappointment? And, more importantly, what can we do to fix it?

We need to look at PC gaming. Stories like the NPR and NYT pieces above don't seem to spring up nearly as frequently regarding PC games as they do about console gaming. While the stats above show that fighting games and shooting games just aren't as popular on the PC, I think that the level of creativity offered up by PC developers also has a large effect as well. 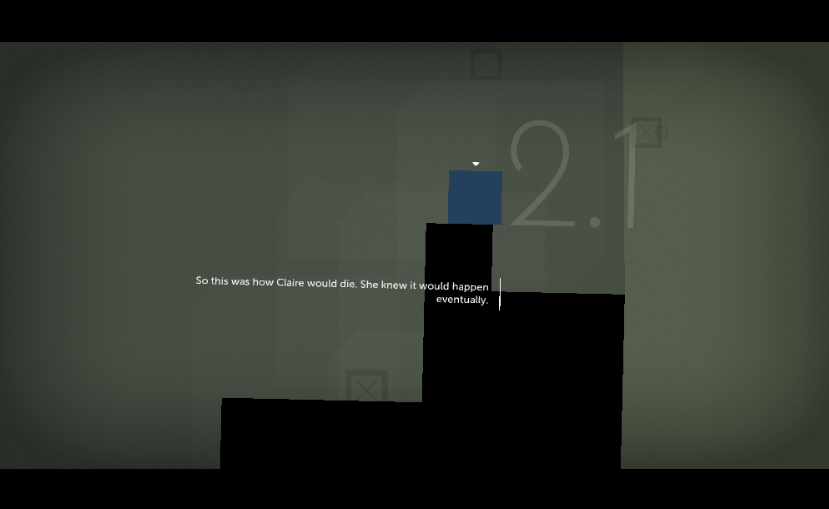 While consoles are offering up a small selection of lackluster indie titles (which are deeply buried under the crapload of bland sequels and triple-A shooters), the PC market is absolutely stirring with brilliant titles courtesy of the indie market. Even just listening to Pixel Perfect's Between The Pixels podcast and their Indie Game of the Week segment, I've been exposed to more exciting game ideas than the Xbox 360, PS3, or Wii can offer.

This episode discussed a game called Thomas Was Alone that focuses the story on a bunch of shapes on an adventure. Yes, some of the shapes are identified as male and some as female, but the character models are simple rectangles and squares. A simple puzzle-platformer at heart, the game forces you to focus less on who you're playing as and focus more on the story and gameplay, which, if you ask me, is what games are all about anyway.

Then you have titles like To The Moon that do have male and female characters represented by male and female human avatars. Yet still, even in that game, the story and the gameplay are creative and interesting, rather than beating us over the head with ridiculous gender stereotypes.

Now yes, both of these games are single-player, non-competitive titles, so you could argue they don't do a whole lot to address the issue. I challenge that by offering you this: If developers were bold enough to take more creative risks and develop games that offer the creativity, ingenuity, and thought that go into these smaller indie projects, we could potentially get more games like the upcoming Beyond: Two Souls — a stunning looking game featuring a strong, non-sexual female protagonist and what looks to be some really unique gameplay mechanics.

Not only could this potentially begin to stave off the ridiculous amount of bigotry and sexism in the current generation of console titles, but it would also benefit everyone, male or female, by putting games out there that might actually be worth their $60 price tags.

Perhaps it is time to attack the problem at its source. All gamers who see the current problem for what it is must put an onus on developers to stop thinking with their wallets (and perhaps the organ situated most closely nearby) and start using that beautiful creative device in their heads.

Remind them that we're not men gamers and women gamers, gay gamers and straight gamers, but that we are a single community of people who love to play video games, and that we, collectively, deserve better.

Justin Brenis is editor-in-chief at Pixel Perfect. You can find the site online at www.pixelperfectmag.com or on Twitter @ThePixelPerfect.