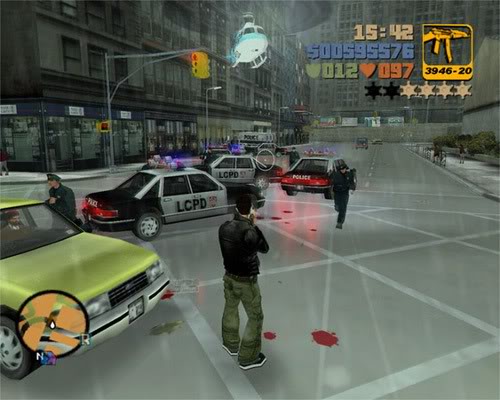 Some game designers make their games memorable art pieces by just being good.  If a games have memorable characters, witty writing, and exciting worlds to explore then it would be remembered by fans.  And then there are the shortcuts in drawing quick attention to a game by poking the angry bear of politicians or conservatives with the violence-stick of video games to create free marketing for your game, which seems to be the plan for the original Grand Theft Auto.

The controversy for Grand Theft Auto was part of the plan for series creators Dave Jones and Mike Dailly.  In an interview with The Sunday Times, the makers hired Max Clifford, PR master to pull the strings of press and politicians to encourage the controversy of their game.  "Max Clifford made it all happen," says Dailly.  "He designed all the outcry, which pretty much guaranteed MPs would get involved."

Spinning the controversy wheel to upset the mass isn't a new thing, especially in the realm of art outside video games.  Some artists might create a piece of work that is offensive to a group just to draw attention to their work.  An example is Damien Hirst with his "art" enraging several animal rights activists with displaying a severed cow's head or an art installation that resulted in the death of over 9,000 butterflies.

But do game developers want their products to be remembered based upon how obscene it is from a group's view?  Introducing a level where players are meant to poison a water supply to an elementary school full of disabled children is definitely going to draw attention towards a game.  However this attracts strong distaste to the product towards one element, and might overlook innovative features like well-rounded characters or great RPG mechanics are completely ignored.  Game developers might be able to sell a few extra copies of their game by including a level like this.  But it won't look good in the future when their game is remembered as the one with the child-poisoning level.