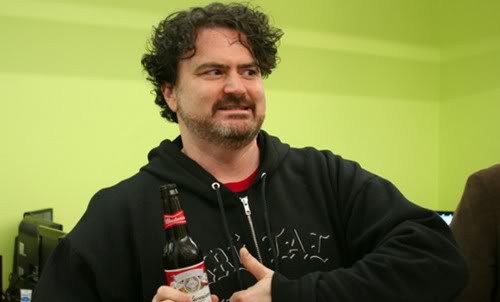 Would you work in a company that might reward you with a pink slip after shipping a product?  That is one of the depressing issues with the video game industry today.  Lionhead Studios, developers of Fable: The Journey immediately laid off nearly 10 percent of their employees after the game was released.  Some developers find this routine stifling the creativity of games, yet in other ways video game business relies on this practice.

"After Psychonauts, we could have laid off half our team so that we'd have more money and time to sign Brütal Legend," says Schafer in an email to Wired.  "But doing so would have meant breaking up a team that had just learned how to work well together.  And what message would that have sent to our employees?  It would say that we're not loyal to them, and that we don't care."

"Which would make them wonder," Schafer added, "'Why should we be loyal to this company?'  If you're not loyal to your team you can get by for a while, but eventually you will need to rely on their loyalty to you and it just won't be there."

I agree with Schafer that this is bad business in the future.  As a programmer I know trying to read another person's scripts is time-consuming.  Programming is as much of an art as it is a science, and different programmers have their own ways of documenting or writing their own code like fictional writers.  Some of these differences are hard to read for new employees looking over old code, and it would be more difficult to update this code if the previous employee cannot be referred too.  It's like trying to make a sequel to the movie The Avengers without referring to Joss Whedon or actors in the previous film because they got laid off.

On the other hand, the 'creativity' of games might get expensive, so more people need to be brought in.  Someone needs to make sure enemies' pathfinding algorithm will let them walk around a procedurally generated map in Torchlight II.  And another person needs to apply their skill with the Kinect so people can shout in real life while playing The Elder Scrolls: Skyrim on the Xbox 360.

As games get bigger in terms of creativity, more people need to be brought in.  But when the company needs to slow down and prototype ideas, a smaller group is cheaper and has more control of the product than a large group.

What does the Bitmob community think?  Are layoffs in the game industry something that hurts the company in the future, or does the creative freedom of game design need to be handcuffed so extra hands don't get laid off?