All I've ever wanted was to have a real actor trapped inside my iPad. Not really, but if I did desire that, performer Warwick Davis is ready to offer his services in his quirky iOS game Pocket Warwick.

You might remember Davis from movies like Willow and the Leprechaun horror series, but he's been in tons of other films portraying unexpected roles. He was in Labyrinth, for example, but he was one of the many actors inside the goblin soldier costumes. Davis also played several characters throughout the Harry Potter adaptations.

Well, digital Warwick isn't nearly as experienced as his real-world inspiration and depends on players to help build his career. You'll have to feed, clean, educate, and entertain Warwick as he tries to move up the celebrity ranks from Z to A. You'll also get a chance to put him in tons of ridiculous costumes.

Pocket Warwick isn't graphically impressive, but it makes up for that with endless customization. You can buy new clothes, furniture, decorations, and various food items for Warwick with in-game points or through microtransactions.

After playing around with the app for a few hours, the idea of paying for new accessories becomes very enticing. But you don't have to shell out for new clothes every time Warwick's agent offers a new job. 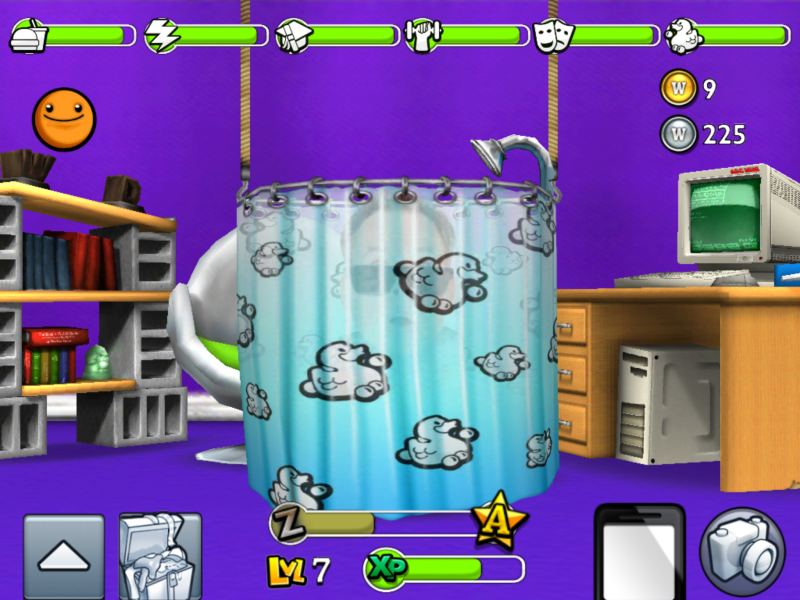 Honestly, Pocket Warwick is just very, very weird. I'm not sure what possessed Davis to make a game where fans could abuse a virtual model of himself, but it is a goofy time waster and completely free.

Whatever you do, don't knock Warwick down too often or tilt your iPad from side to side. He gets very, very angry.