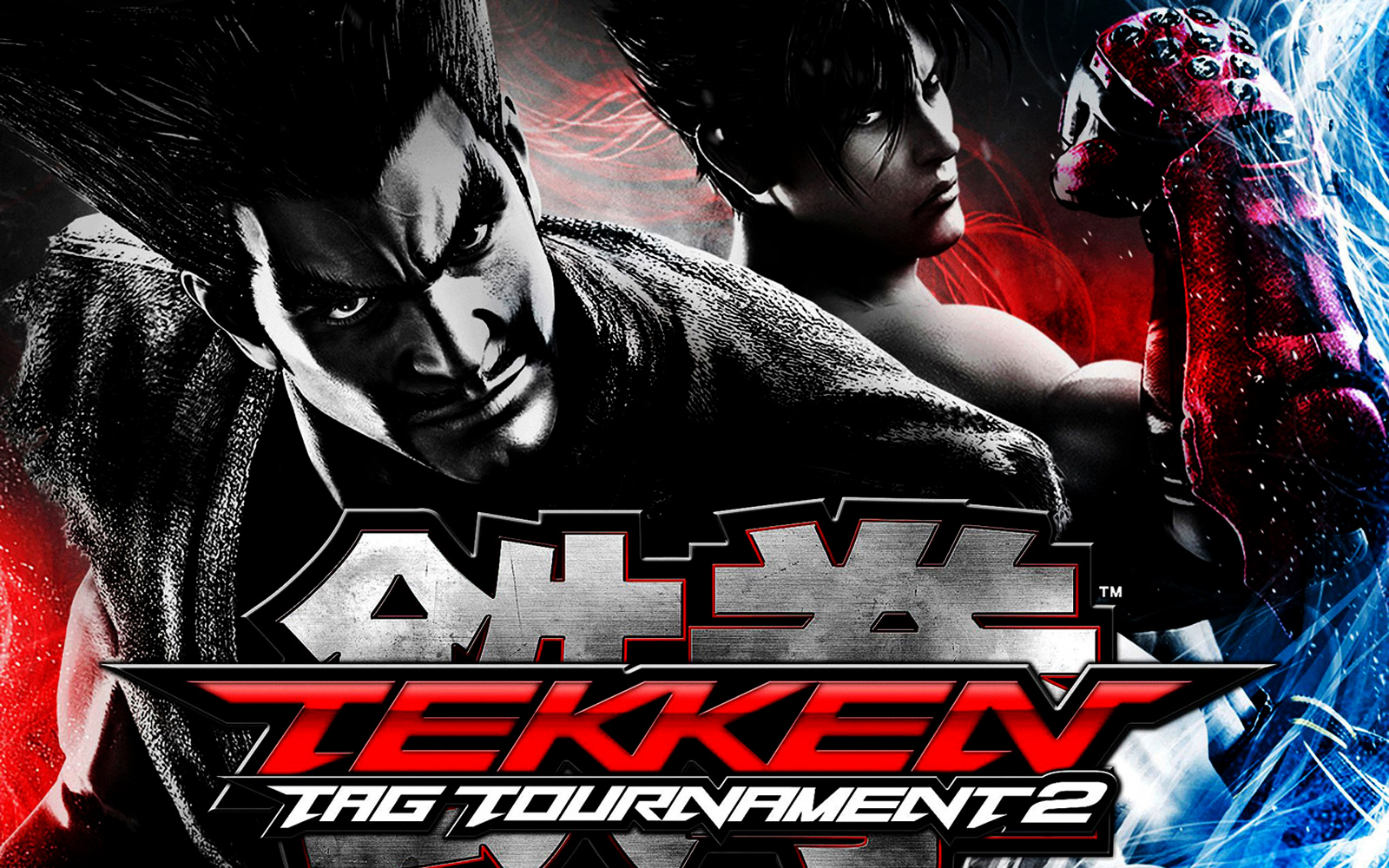 If you’re a fan of fighting games, chances are that you've been spending a lot of time with Tekken Tag Tournament 2 recently. If so, you may have picked up on a few familiar faces within the vast selection of over 50 characters.

Not just faces familiar to the fighting game universe, like Jin Kazama and the Mishimas, but a few of Tekken's other patrons may have caught your eye due to their similarities to many real life characters and martial artists.

It goes without saying, that any type of character in any type of medium takes a certain amount of inspiration and/or influence from the real world — and fighting game characters are no exception.

In Tekken, many names and faces serve as tributes to famous martial arts veterans, as well as a few miscellaneous characters from assorted media; some of which you may already be aware of, and some that may have passed under your radar.

Namco — Tekken’s creators — evidently like to pay their tribute to many of their favorite people and characters from real life, such as: 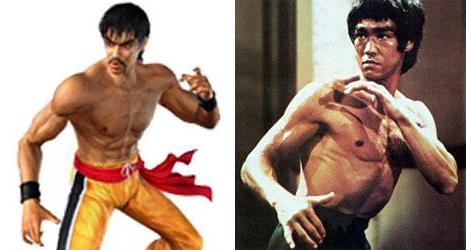 In case you hadn't already noticed, the Tekken character Marshall Law was heavily inspired by, and is a near clone of the late Kung Fu mastermind, Bruce Lee.

Since the original Tekken in 1994, Marshall Law has been a near emulation of both Bruce Lee’s appearance and fighting style.

Each of his outfits either takes inspiration from one worn by Lee at some point, or are exact replicas of ones worn by him in his movies.

For example: in the original Tekken, Law is equipped with a yellow tracksuit, almost identical to the one worn by Lee in The Game of Death.

Law’s fighting style (Bruce Lee’s own innovation: Jeet Kune Do) has gone through various reincarnations throughout the Tekken series, and almost cuts and pastes moves performed by Lee in his various movies, such as a rushing backhand and the back flipping kick. Marshall Law even mirrors Lee’s mannerisms and iconic guttural battle cries.

Though Marshall was featured in almost every installment to the Tekken series, he was absent in Tekken 3 and replaced by his son, Forest Law.

Though Forest was also and exact duplicate of both Bruce Lee and Marshall Law, many believe that he stood as Namco’s nod to Brandon Lee, Bruce’s late son and fellow Kung Fu practitioner.

Who better than to pit against Bruce Lee in a video game, but another Kung Fu prodigy, Jackie Chan?

Seeing as though Namco made their tribute to the former in the original Tekken, it was no surprise that when Tekken 2 was released in 1995, that they again made a tribute to another great martial arts legend.

Like Marshall Law did for Bruce Lee, Lei Wulong mimics Jackie Chan’s appearance, fighting style, and mannerisms. He was even given a similar storyline as a Hong Kong police detective, much like character Jackie Chan had played in Police Story.

Lei Wulong also shares the same sense of humor as Jackie Chan, as he is often used as a comic relief character in the Tekken series.

In case you haven’t already figured it out, Tiger Mask, the wrestler, wore a trademark mask in the guise of a Tiger.

Here we have the inspiration for Tekken’s premier wrestler and one of the most iconic characters in the series: King.

Though King wears a Jaguar mask, the fact that he is a wrestler makes the real life influences all the more apparent.

Also similar to his real life counterpart, the current King (featured throughout Tekken 3 to Tekken Tag Tournament 2) is not actually the original King, but the successor to a long line of wrestlers to pass down their mask and persona to an aspiring rookie (the original King having stepped down after the events of Tekken 2).

There are in fact 4 men who have dawned the Tiger Mask in the world of Japanese wrestling.

Also, the character Armor King, who wears a black jaguar mask, is most likely a nod to the Japanese wrestler Black Tiger, one of Tiger Mask’s most bitter rivals who wore a darker version of the namesake mask.

If you’re not familiar with the movie Blade Runner, let’s just say that it featured Rutger Hauer in the role of the main villain, Roy Batty.

Though Batty didn’t have a defined fighting style for the developers to work off of, the appearance of Bryan fury, as well as many of his taunts and mannerisms are quite reminiscent of his.

Bryan Fury — debuting in Tekken 3, 1997 — was written with a crazed and unstable personality, much like Rutger Hauer’s character in Blade Runner. He also has a similar background, being a type of cybernetic soldier who had gone rouge and is now seen as a terrorist of sorts.

Though Bryan is considerably more evil than Roy Batty was, the similarities are undeniable.

From the get-go, players could tell that he was most likely the fighting game version of Australian professional wrestler, Nathan Jones. Marduk, also Australian, was of similar build and appearance, and used many of the same fighting tactics as Jones.

On the other hand, others were quicker to compare him to professional wrestler Bill Goldberg.

Marduk performed many of the same mannerisms as Goldberg had, such as his rage filled battle cry. He also had a similar appearance to him as well, although a bit more bulky in size.

In fact, Marduk’s ending movie in Tekken Tag Tournament 2 (which you are rewarded with by completing arcade mode with him), shows Marduk performing a Jackhammer on an opponent in the ring; Goldberg's trademark finishing maneuver. 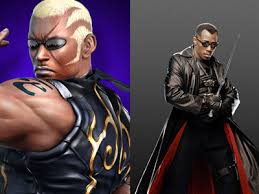 Raven, the newest character on this list, debuted in Tekken 5 in 2005, and was the series’ first Ninja, as well as possibly the first and only African American ninja in a fighting game.

Though his fighting style is that of traditional Ninjitsu, and his occupation that of a military spec. ops agent, his appearance is almost identical to that of Marvel Comics and movie character (played by Wesley Snipes) Blade.

Though Raven is obviously not a vampire hunter like Blade as far as we know, he is equipped with many of the same tools, such as kunai and shuriken.

His outfit is the most revealing part of the influence, being a dark colored jumpsuit and sunglasses much like the ones worn by Blade in his comics and movies.

Whether it is completely obvious or more of a slight reference, many video game characters are inspired and influenced by real life, and Namco obviously likes to pay tribute to those they see fit.

Who would argue though? Bruce Lee and Jackie Chan are Martial arts legends and have done a great deal for their medium.

Even the few oddball influences still make for undeniably cool and original fighting game characters that have become icons in the genre of fighting games.